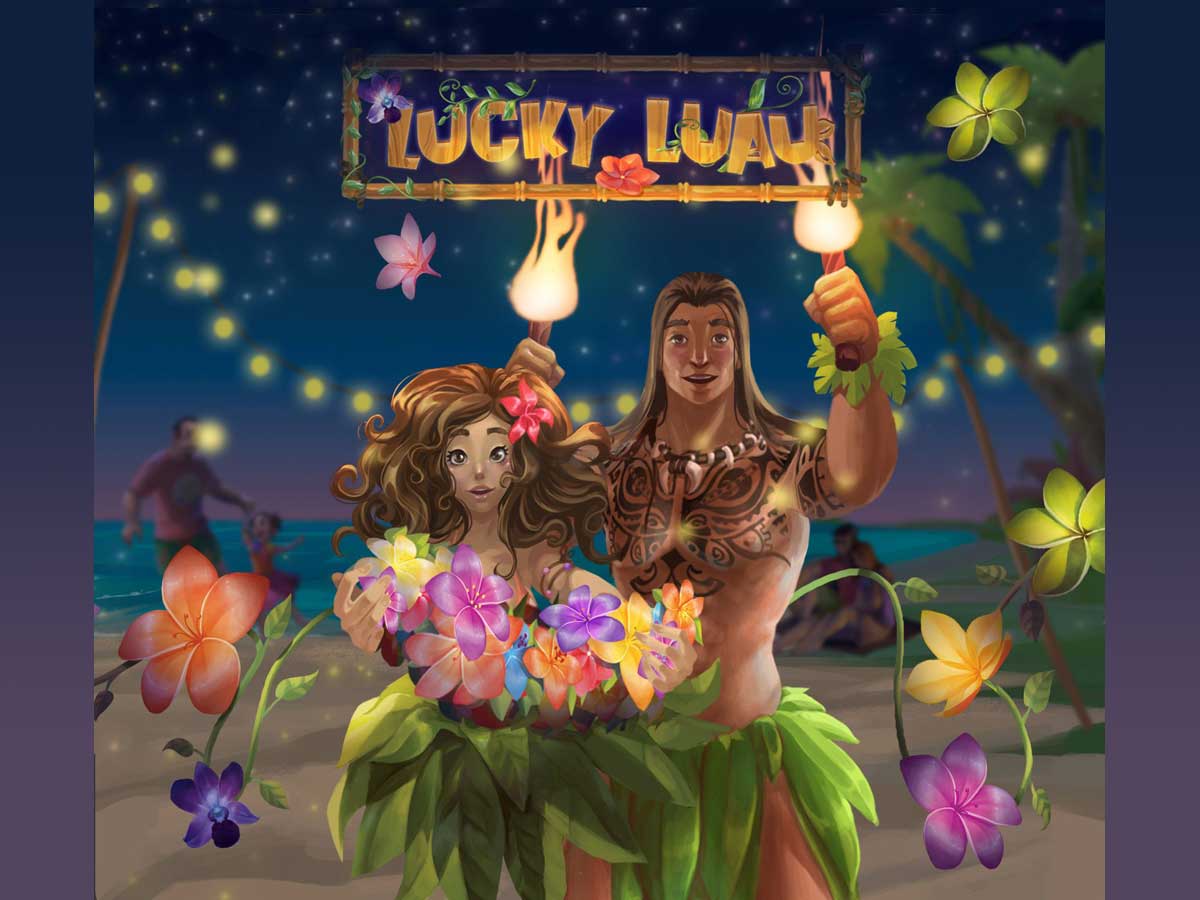 Collect flowers and leaves to create a lei in Lucky Luau!

What Is Lucky Luau?

Lucky Luau is a card-drafting game for 2 to 6 players, ages 8 and up, and takes about 15 minutes to play. It’s currently seeking funding on Kickstarter, with a pledge level of $15 (plus shipping) for a copy of the game. The game has a family-friendly theme and is easy to learn, so it works well even for younger kids, as long as somebody helps them with the scoring.

Lucky Luau was designed by Jeff Boltz and published by CardLords, with illustrations by Anastasia Ermolina.

Note: My review is based on a prototype copy, so it is subject to change and may not reflect final component quality. For instance, most of the characters have no names in the prototype.

The cards in the main deck are pretty easy to understand: the top left shows the point value, the top right shows how many copies there are in the deck, and the bottom has some text explaining the requirements for the card to score. The illustrations are large and colorful with a simple background, which helps make them look like a lei when placed next to each other in a row.

The character cards depict people of a variety of ages and ethnicities; what they have in common is that they mostly look like tourists enjoying a beach vacation. Two of the cards have names—the game designer and the game publisher—but the rest are currently unnamed.

How to Play Lucky Luau

The goal of the game is to score the most points by arranging elements on your lei, and fulfilling character requests.

Give each player a knife, fish hook, and spacer card, as well as a reference card.
Shuffle the character cards and draw 3 at random and place them face-up where everyone can see them. Return the rest to the box.

Shuffle the main deck, and then spread them out in a big pile face-down in the center of the play area.

When adding cards to your lei, place them on the table in front of you in a row from left to right. Once placed, you may not rearrange cards.

Your starting cards have special uses:

The game ends when the pile of cards runs out, and players will score for their necklaces. Note that your lei is a necklace, so the first and last cards are considered adjacent to each other.

Red flowers are like primary, but they don’t match any secondary colors. Rainbow flowers are wild and can turn into any primary color.

The highest score wins. If there’s a tie, flip over the first character card and compare scores again. Continue with the second and third character if needed.

Why You Should Play Lucky Luau

Lucky Luau is a pretty simple combination of card drafting and set collection, but the requirement to keep your collected cards in a row is a clever twist that fits the theme. As soon as you add a flower to your lei, you restrict which cards will fit next. For primary flowers, it can be enough just to have two of them next to each other: they both score points, and you can switch to a different card type. However, if you can find more of that color, or a secondary color to pair up with it, that’s even better.

As the game progresses, players have to decide whether to compete for similar items or try to focus on something different. Leaves are cheap and aren’t worth much, especially if you’re digging for a particular flower. But if you let one player get away with all the leaves (especially with the mega leaves on top of that), you’ll regret it. On the other hand, if multiple players try to hate-draft each other and start picking up the same flowers, it can often end up costing both of them. It’s a tricky balance, and the fact that you can’t rearrange your cards means there’s just about no going back.

There is a little going back, though, using the knife and the spacer. The knife lets you remove a card you’ve placed previously, which can be useful if you find a flower a turn after you gave up and added something else to your lei. Or, if you reach the end of the game and realize that removing one card could help you score one of the characters or get your fish hook centered properly. The spacer is good for holding a place open while still adding more cards to your lei: for instance, you could place it between a blue flower and a yellow flower, hoping that you’ll get a green flower later.

Because players can throw cards back into the pile, you won’t all be adding cards at the same rate, which makes predicting the center of your necklace a little tricky. The game doesn’t end until all of the cards have been used, and eventually you’ll reach a point where you might have to take cards you don’t want because the rest of the pile is all face-up. Figuring out the timing for the fish hook is tricky, but well worth it.

Since you always use the entire main deck of cards, the lengths of the necklaces will vary greatly depending on the number of players. For a 2-player game, the necklaces get really long, but in a 6-player game you might have only 7 cards in your whole necklace (or even fewer if you’re throwing cards back). That does mean there are more opportunities to get several scoring combinations when there are fewer players, but the larger groups allow for a chaotic fun.

CardLords has primarily focused on small, compact card games like Take the Gold and Fallen Treasures. They’re portable and easy to learn, making them great for on-the-go gaming (if we ever get to go anywhere again, right?). Lucky Luau has been a fun one to play with my kids, and I think it would also appeal to adults who enjoy the colorful set collection.

For more information or to make a pledge, visit the Lucky Luau Kickstarter page! 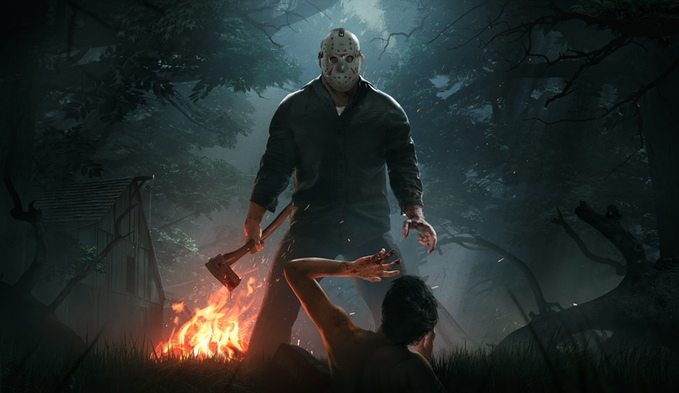