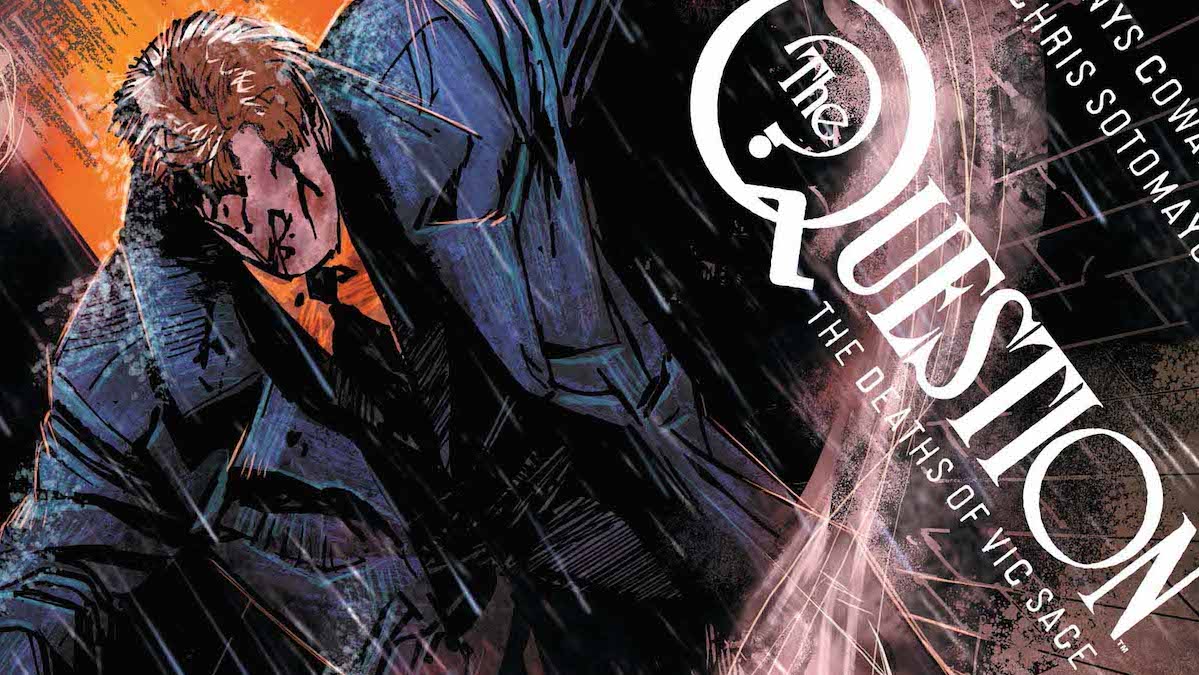 Ray: It’s been a long time since Jeff Lemire’s Question epic began, and a lot has changed. Many of the themes of police brutality and political corruption are more relevant than ever – often uncomfortably so – and we’ve also said goodbye to the iconic Question writer, Denny O’Neill, who is eulogized in this issue by the art team of Cowan and Sienkiewicz. All that heavy context aside, this issue still holds up as one of the best issues Black Label has released yet. Over the course of this series, we’ve followed Vic Sage as he woke up in one strange alternate reality after another, first as a wild west crusader and then as a private detective in the 1940s. But now he wakes up again in a modern, corrupt Hub City and has to unravel the complex story of the recent police shooting and the Mayor’s complicity – as well as whether there’s a supernatural element that’s been stalking him across time and space. As always with the Question, the answers aren’t easy to come by.

I’d recommend re-reading the first three issues of the series before starting the finale, because this is a dense and complex story with a lot of twists along the way that are rewarded when you have added context. The Cowan art is brilliantly gritty and scratchy – he hasn’t lost his touch at all in the decades since he was collaborating with O’Neill, and I’m very excited to see what he does when he participates in the Milestone relaunch next year. Jeff Lemire is basically incapable of putting out a bad comic, and this definitely fits more in the vein of his dark, horror-accented material with Andrea Sorrentino. Is Vic Sage fighting against an ancient supernatural evil, or is that just the way his mind is helping him cope with an endless battle against human corruption? This issue keeps us at a distance, never quite letting us get into his head, and isn’t that the best way to handle a Question comic? Vic Sage has never given away his answers easily, and that’s not changing any time soon.