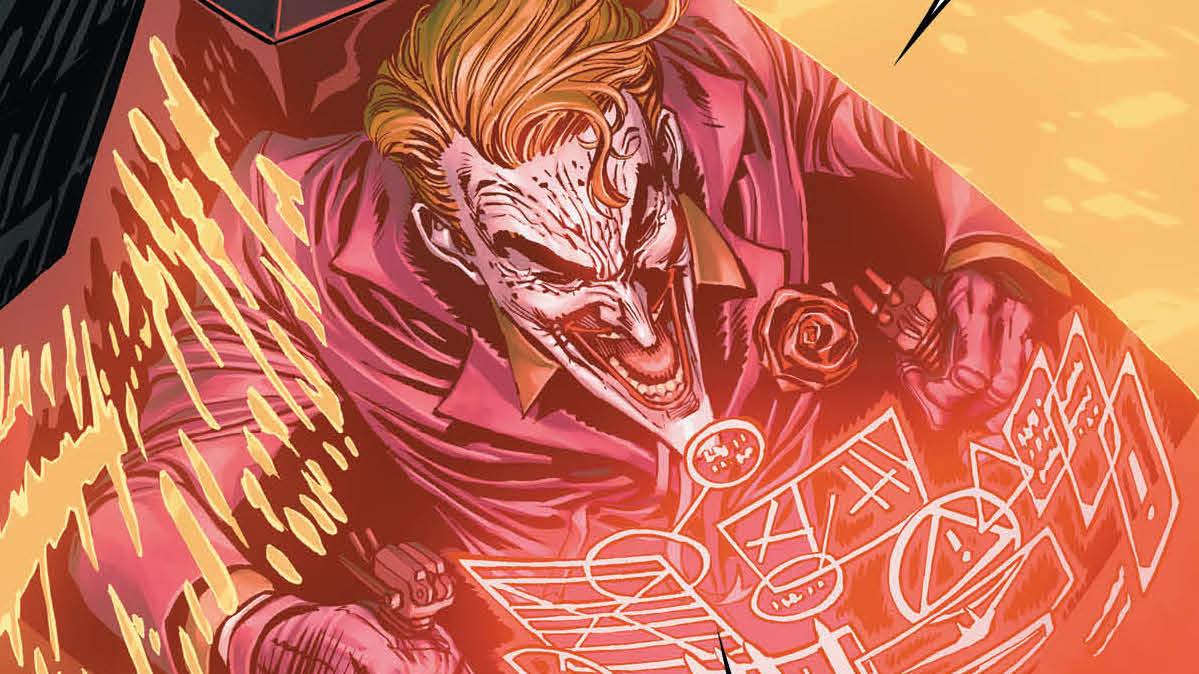 Ray: As Joker War proceeds, James Tynion IV and Jorge Jimenez continue to unravel one of the creepiest Joker tales in years. But it doesn’t start that way. The opening segment is a look at a future Gotham where Batman has essentially won his war. A late-middle-age Batman and an elderly Alfred have mostly eliminated crime (although there are a few laggards, like Mr. Freeze and his sons Icepop and Sno-Cone. Seriously). Bruce is happily married to Selina, Tim and Conner are tight (and have a “proposal” to tell Bruce, heh), and all is well. And it’s all fake, as Alfred’s presence should give away. It’s all a fever dream of Bruce’s under the new Joker toxin, as Harley watches over him while he hovers near death. Bruce eventually snaps out of it, but the new Joker toxin—while nowhere near as lethal—is much more long-lasting, and Bruce is dealing with its effects on his mind for the entire issue.

That makes for a fascinating issue, as we’re never quite sure what Bruce is seeing and what’s real. Joker’s plan involves the Monarch Theater, sight of Bruce’s last night with his parents. I’m still not sure how Designer was animating corpses and how this works in the context of Joker’s plot—it’s a little out there for a Bat-book—but it makes for some terrifying visuals. The idea of another villain taking over the city this soon after City of Bane is a little absurd, but chaos is reigning in Gotham and the scene should be very familiar to fans of the recent movie. No Punchline this issue, but Clownhunter makes his debut with a weapon Batman isn’t going to be particularly happy to see. He may commit his first murder in his first panel, but he seems like a hero in the making. Is Jason going to follow in his dad’s footsteps and adopt a younger kill-happy vigilante? We’re still in the opening act, but this storyline is exactly as intense and creepy as it should be. 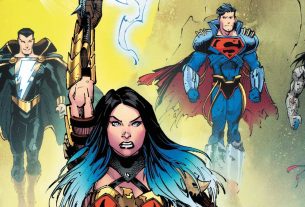 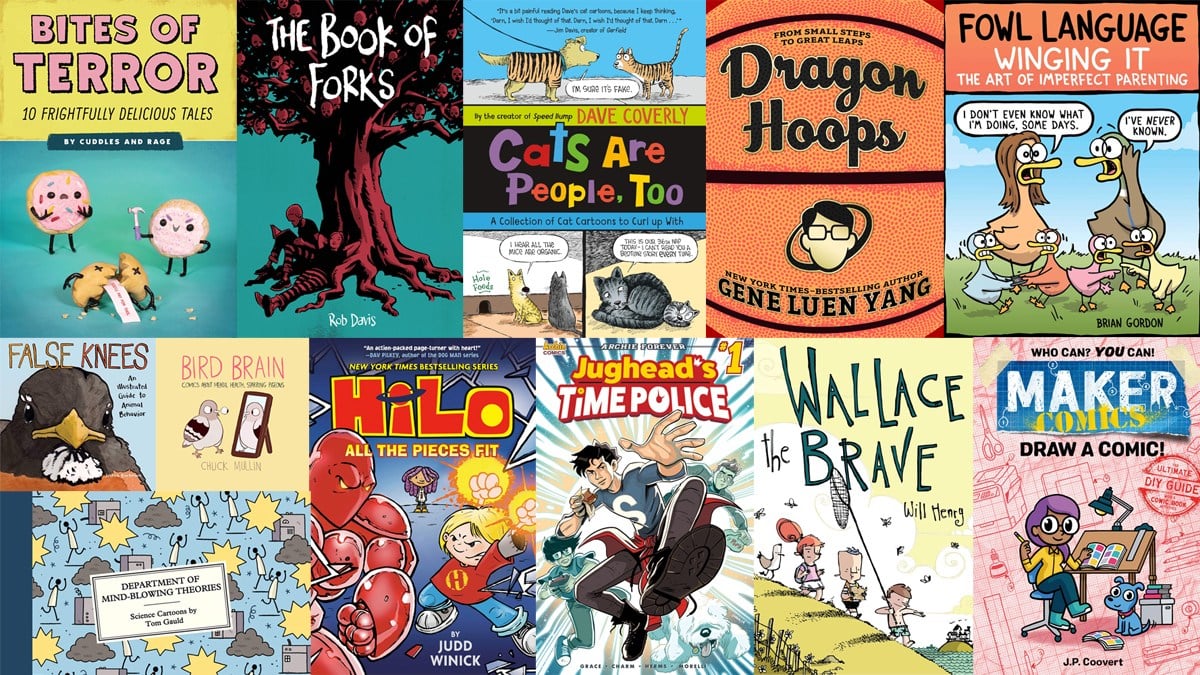