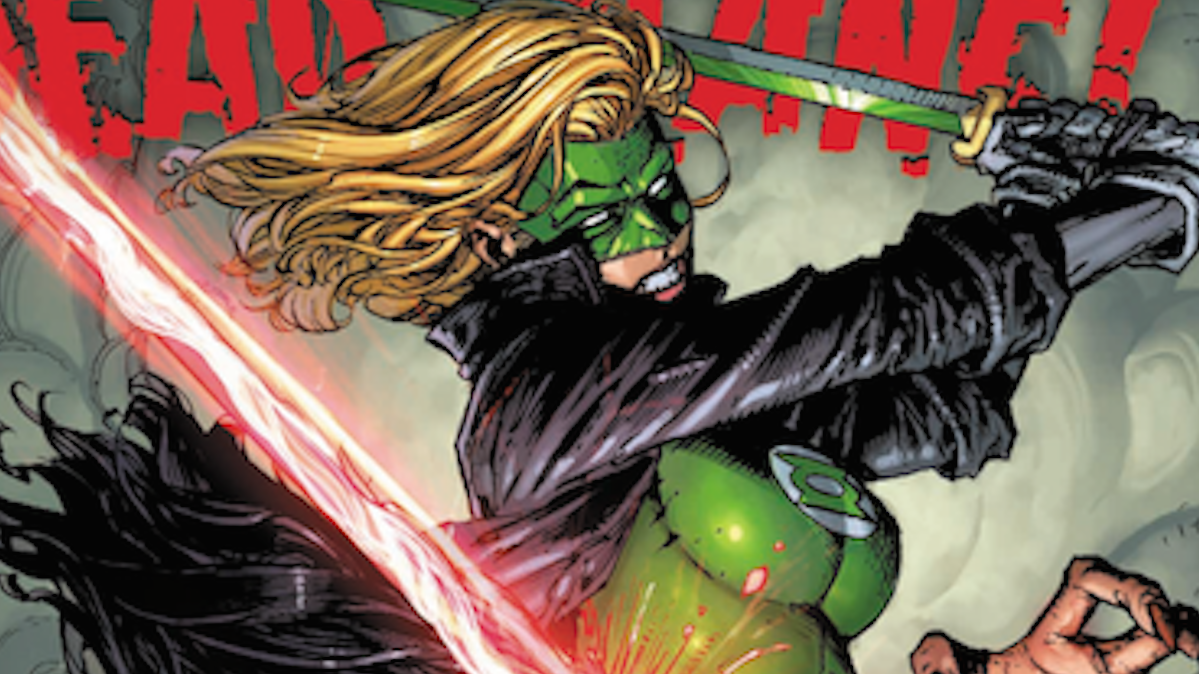 Ray: Tom Taylor’s brutal post-apocalyptic thriller continues as the cast from the main series and the side stories converge in the return to Earth. While last issue focused on the residents of “Earth 2” as they answered a distress call from Earth, this issue focuses on the survivors of Earth. Roy Harper appears briefly in the beginning, but meets a horrible fate while protecting some children, and it soon falls to the new Shadowpact to save the day. A fusion of Jason Todd’s Gotham rebels and John Constantine’s magical survivors, this team has been ferrying survivors back to the secret garden controlled by Harley and Ivy. But that garden isn’t the only one, and Constantine is recruited by Swamp Thing to investigate strange phenomena in Australia. That leaves Ivy to control the Gotham garden—which faces its biggest test yet with the arrival of the visitors from Earth 2.

When we last saw the heroes, Jon had been stabbed by Wonder Woman’s sword to protect the zombified Diana – and revealed with his last words that there was a cure to the Anti-Life virus. He’s clinging to life, and it’s all the magical experts can do to keep the infection at bay. So the new Superman isn’t quite going to be the hero of this. I wasn’t particularly a fan of the random addition of a romance between Cassie and Damian—even if Damian’s had a few years to grow into the Batman costume, there’s still a strange age gap and it reminds me a little of the awkward Miles/Gwen relationship in the comics. I don’t see what it adds to the story. But by the end of the issue, Shadowpact has arrived in Australia—and been met by one of the biggest horrors of the series so far. I didn’t know it was still possible for Taylor and Hairsine to shock me, but the creature that appears in the last few pages is a unique nightmare. Can’t wait for the next issue.