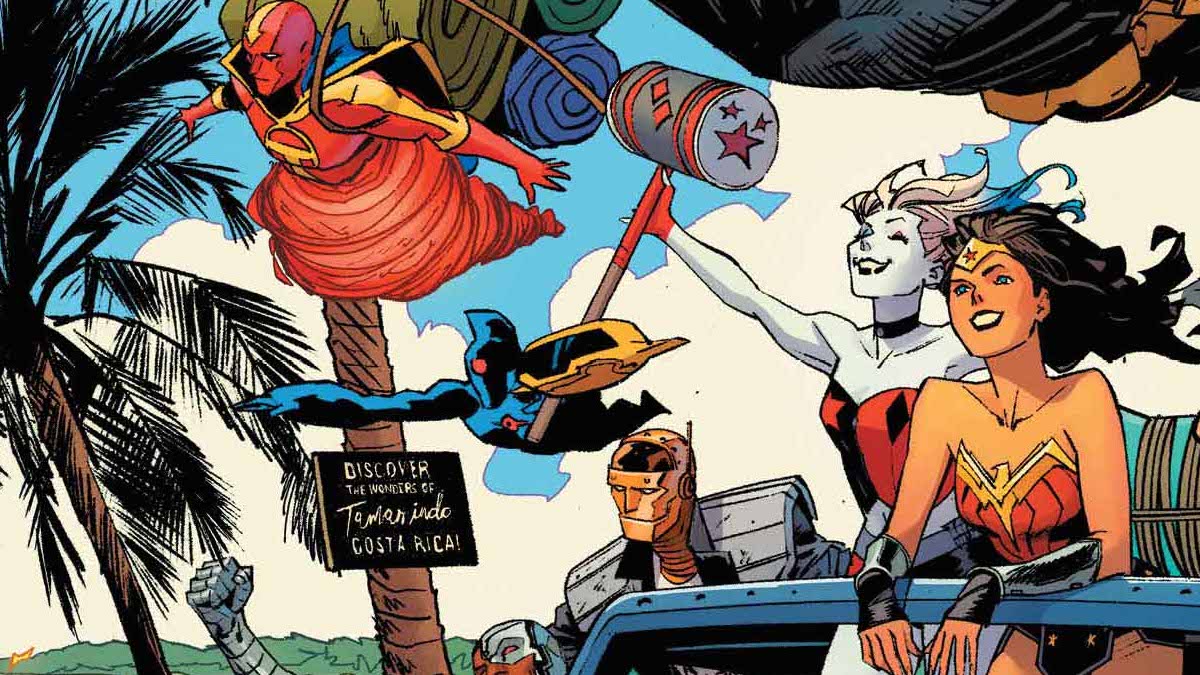 Ray: These quarterly giant-sized specials have been a regular treat from DC, and the anthology stories tend to be of a very high quality. But this is one of the oddest concepts yet—a summer special focusing on DC’s robot, android, and cyborg heroes. How does this one compare to past anthologies?

First up is a Batman story by the creative team of Hardman and Bechko (also doing next week’s Green Lantern: Earth One OGN) focusing on Batman, as he heads to space to confront Brother Eye. This seems like a tense space thriller with gritty art, but there’s a clever subplot. Alfred’s on vacation with an unknown love interest, and his scuba-diving adventure may just cause him to miss Bruce’s call and doom the world. It’s a great way to kick this off and a reminder of just how strong this creative team is.

Next up is a story by Andrew Constant and Nicola Scott, focusing on the odd team of Wonder Woman and Platinum from the Metal Men. Platinum’s seaside vacation is interrupted with her teammates are transformed into a fused giant robot minotaur, and Diana helps to split them up. The reveal of exactly who transformed them is clever, with a funny last-page twist, but this one is too short to really establish a full plot. A little too much time is spent on exposition, but the art on the heroines and monster is excellent.

Next up is a story from Stephanie Philips and Leila Del Duca, and it’s easily the best so far. Focusing on Red Tornado and his family (wife Kathy and adopted daughter Traya), it finds Red being distracted from a family camping trip by one bit of JLA business after another. As tensions rise and his daughter wanders off, she winds up finding a mysterious creature in a cave and things take a tense turn. But there’s a great twist to the story, and this whole narrative should create a lot of nostalgia for fans of the original Young Justice series. One of the most underrated family dynamics in DC.

When you have a story by Heath Corson and Scott Koblish, you know things are going to get wacky. When you pair them with Blue Beetle and Booster Gold, it’s a guarantee. This hilarious tale starts with Michael and Ted deciding to use time travel to get a better spot at the beach—only for another timeline’s Blue and Gold to do the same thing. Soon there’s older Blue and Gold, elderly Blue and Gold, evil Blue and Gold, and everything in between threatening to collapse the timeline—if King Shark doesn’t eat them all first. It’s hilariously bizarre and exactly what I want out of this book.

Josh Williamson teams with David LaFuente for a Flash story, and it takes us to one of the weirdest spots in the Multiverse—the Flash Games, where speedsters around the universes compete in games of speed and skill. Barry is pitted against a robotic Mercury Flash who takes the games a little too seriously and does his best to teach his rival a little something about what being a Flash means. It’s a light, fun story before Williamson mic-drops on his run, and it has a Silver Age vibe that goes perfectly with this special.

Liz Erikson and Nik Virella take us back to the Silver Age too, for a story focused on the classic Superboy. When an alien invasion means he has business with the Legion over summer vacation, he places a Superboy Robot in his place to take care of business like his summer job. But that robot develops feelings for a nerdy young scientist in town, and that turns into an unusual summer romance that comes to an unexpectedly early end. It’s a clever way to look at how the weirdness of this era of comics affected the normal people surrounding the heroes.

Steve Orlando and Paul Pelletier reunite on one of Orlando’s most iconic characters—Midnighter and Apollo—as the powerful boyfriends share a summer getaway. But that’s rudely interrupted when Monsieur Mallah attacks a cruise ship doubling as a prison to free The Brain. This isn’t the first time Orlando has written these twisted villain lovers, and he always does a good job of making them equally evil and lovable. After a brutal brawl between man and gorilla, everyone gets a happy ending—of sorts—and we get to enjoy Orlando writing the Wildstorm boys again.

Che Grayson and Marguerite Sauvage take on Harley and her eccentric landlord/pal Sy Borgman, as they battle a heatwave. After ill-fated attempts to cool off at the pool and with an ice cream truck, they decide to crash the local water park. In true Harley style, there are mishaps, memes, and the corruption of the innocent. All ending in a crazy race to subvert park policy and get on board the biggest waterslide. It’s sort of nonsense and the plot is thin, but that didn’t stop me from having a blast reading it.

Max Bemis and Greg Smallwood collaborate on a Robotman story that’s a lot more introspective and poignant than the other books in this volume. Cliff is wallowing in his depression when his old buddy Mike tries to include him in standard summer activities. It doesn’t exactly work, and the tables are turned when Cliff’s robot friends show up and Mike winds up being the one at sea. It’s a great look at how friends drift apart and sometimes you’ve got to fight to figure out how to make a friendship work under new circumstances. This one works even if you’re not normally a Doom Patrol person.

Finally, it’s veteran comic creator Stuart Moore and artist Cully Hamner on a Superman and Cyborg story that features Cyborg Superman as the villain. Name puns aside, it’s one of the weirdest stories in this volume. The three-way battle is interrupted by a new figure claiming to be a hybrid of all three of these characters, only for a bizarre twist about who’s under the helmet to emerge. And then there’s a last page twist that makes for a great gag, but also maybe a bit too much chaos for an eight-page story.

Overall, there isn’t a single story in this volume that I didn’t enjoy at least somewhat. Another big win for DC as their anthologies continue to be top-tier. 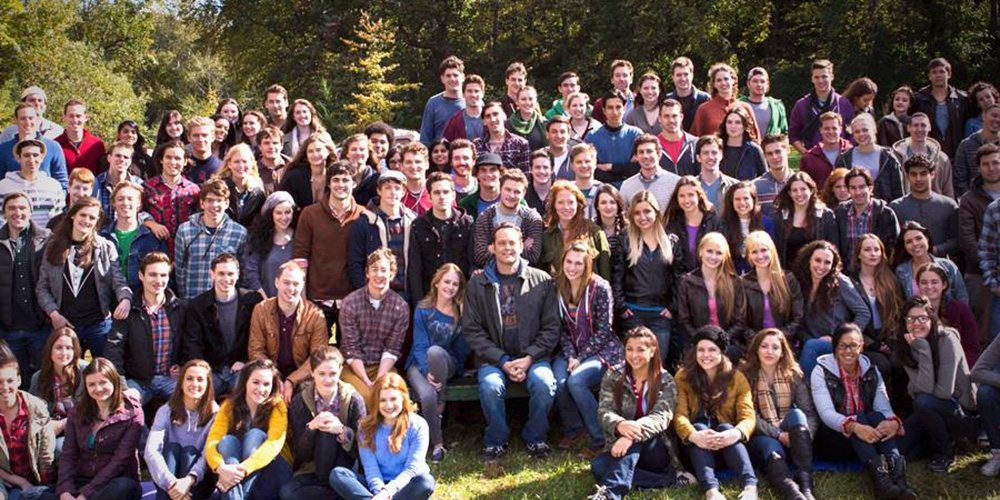