Looking for the perfect boss battle for your next Dungeons & Dragons session? Fantastic Lairs has everything you need to set up a climactic encounter to bring your campaign to a close.

Fantastic Lairs is a book of climactic finale lair encounters for your fifth edition Dungeons & Dragons campaign. Each fantastic lair includes evocative artwork, a detailed full-color map, and a well-designed and playtested boss encounter for characters of various levels.

In this book you’ll also find all the essential hints and tips you’ll need for modifying or building your own fantastic lair encounters. From selecting your boss and divining their motivation, to generating treasure, creating traps, and building hazards to fill your lair, it’s all covered in such a way to make it as easy as possible.

Capping off your Adventures

The best D&D games are often the most unpredictable. When the plans of the Dungeon Master meet the actions of the characters, the incredible creative energy that results can spin encounters off in different directions, creating a largely spontaneous campaign story that keeps the DM and the players alike on the edge of their seats. But when it comes to the climactic boss battle encounters that cap off single adventures or entire campaigns, it’s often much harder for DMs to work things out on the fly. That’s where the Fantastic Lairs Kickstarter comes in.

Brought to you by D&D heavy hitters Scott Gray, James Introcaso, and Mike Shea, this Kickstarter aims to lighten some of the load of shaping and developing your game’s climactic encounters. Use their experience, exploit their talent, and make the most of their expertise to create mega boss battles that will make your campaign one your players will never forget.

Here at GeekDad we were lucky enough to receive a sneak peak at Fantastic Lairs before the Kickstarter launched. It included two boss encounters Caves of the Cockatrice and Ashsnarl’s Secrets.

The first (Caves) is a 1st level encounter set in the lair of a Cockatrice twisted by the leftover powers of the Shadow King. It’s full of petrified statues of adventurers, dangerous monsters, and cool waterfall.

The second preview (Secrets) is designed as a level 5 encounter, and it’s set inside one of the coolest villain lairs I seen so far. A cunningly lifelike mechanical red dragon.

I am super impressed by the previews I’ve seen so far, and am already working out a way to include Ashsnarl’s Secrets in my current campaign—I can definitely see a bunch of crazy Kobolds in a mechanical red dragon attempting a raid on the Trollskull Tavern at the end of my Dragon Heist campaign.

Going live on June 1st, this Kickstarter campaign is a must for DMs searching for that extra something in their D&D games. The initial campaign goal for this book includes lairs for 1st- through 10th-level characters, each of which includes instructions for scaling it for different levels of play. As this Kickstarter goes forward, more lairs for 11th- through 20th-level will be added. The ultimate goal is to produce twenty lairs for all four tiers of play.

Your support for this project will fund the design, development, editing, artwork, and cartography that will make this book a reality.

There are two simple reward tiers for this project: the $15 digital tier and the $20 physical tier.

Stretch goals for this campaign will include a digital and physical art book and ten additional lairs if the campaign goes the full distance.

This book is a partnership between James Introcaso, Mike Shea, and Scott Fitzgerald Gray—all veteran designers and developers of official and third-party D&D products including Explorer’s Guide to Wildemount

, Vault of The Dracolich

, and Return of the Lazy Dungeon Master 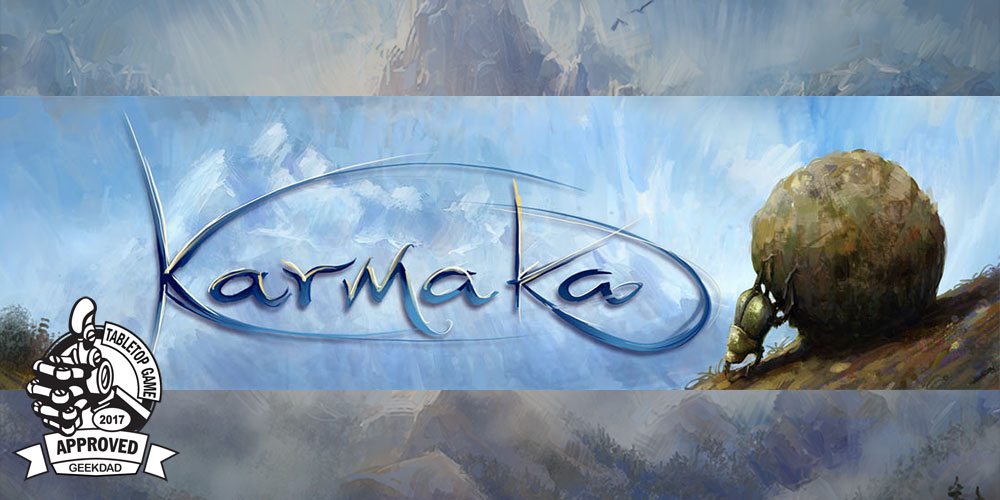 Reaping the Rewards: ‘Karmaka’—What Goes Around, Comes Around