Ray: Robert Venditti has never been a writer who holds back, and his first arc on Justice League lives up to that. How do you top an army of evil Kryptonian-equivalent soldiers in the service of a world-conquering AI?

This is a pure action comic, but it’s one that has a few clever twists in how the League uses their powers. When we last left off, the Justice League had barely escaped the conquered Hall of Justice, but Wonder Woman was captured and left at Eradicator’s mercy. While the remaining members of the League bicker over who’s to blame for their failure, Eradicator begins the next stage of his plan. I was worried this was going to get creepy for a bit, with Eradicator yammering about WW’s genetic superiority and how she’ll help him create a new evolved army, but thankfully it doesn’t get any weirder than him vacuuming some odd yellow energy out of her body.

I was also glad that Diana’s captivity didn’t drag on too long – she gets the chance to escape thanks to an assist from a gun-toting Sodam Yat, and winds up joining the rest of the League for a big fight. But it’s Barry Allen who takes the lead role as the fastest member of the team and the only one who can consistently outrun the Daxamites. This leads to a fantastic action segment, drawn by guest artist Aaron Lopresti, as Barry struggles to break the speed of light before he’s run down by the villains – with a clever twist ending that shows how he was thinking two steps ahead of the villains.

Justice League #42 sets the Justice League up with the upper hand before next issue’s final showdown. Overall, this back-to-basics run has been entertaining, but my biggest hangup is probably Eradicator being turned SO evil that it’s hard to see him ever going back to his original characterization as an antihero. Who ever thought Zod would be the more redeemable of the two? 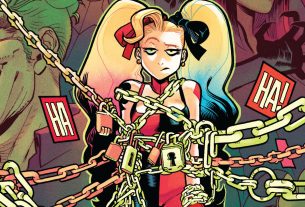 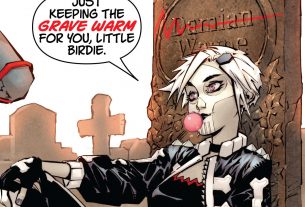