Welcome back to another episode of DC on The CW. It was a short week with only new episodes of Supergirl and Kevin Smith’s return to the director’s chair for The Flash. How will last week’s onscreen happenings lead us into this week’s epic four-series crossover? Grab a plate of leftovers and dive into this week’s recap and commentary with Jim, Lisa H., Will, Corrina, and Joey. 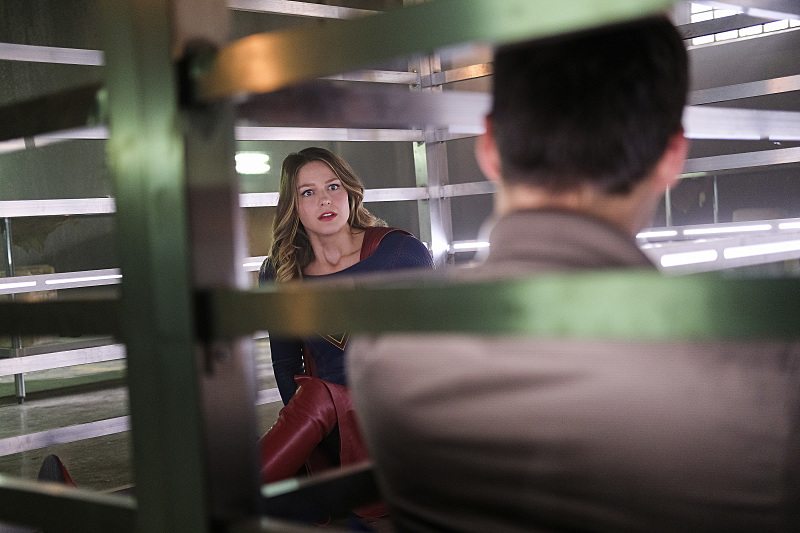 Supergirl, Episode 2.07 “The Darkest Places”
Jim: Hey, Snapper, a big part of “the camera doesn’t lie” is paying attention to what the camera actually shows. An unidentified gloved arm holding a gun is pretty flimsy evidence, ya know? Especially when we see the first guy go off one way, and then the killer comes in from a whole ‘nother direction. Confirmation bias goes both ways.

Lisa H: Snapper isn’t interested in facts. He just want to be the cranky guy who bitches about how things used to be and yell at people to get off his lawn.

Will: Alex and Kara are still the best part about Supergirl.

Will: Although I’m not sure where they are going with Alex and Maggie. It seems they are setting up a potentially unhealthy dynamic with the whole Maggie leading Alex on but only wanting to be friends.

Will: And of course now Mon-El is having a thing for Kara because there needs to be a love rhombus going on.

Corrina: There always must be a love triangle on a CW show even though it’s clear Kara is doing just fine single. Bummer. I was rather liking Alex/Maggie as the only budding romance.

Lisa H: Are we sure that Mon-El’s thing for Kara isn’t just a bit of puppy love? I see him entering the friend zone quickly.

She doesn’t need a man, as Corrina said she’s doing just fine, but if we’re gonna pick I’m STILL #TeamJames…as long as he stops being a whiney PITA, wannabe superhero. Cause they were hella cute together. And speaking of hella cute, I love the Winn/James Bromance. Although, I can’t wait to see Kara’s reaction to knowing Alex, Winn and James collectively kept the Guardian’s identity from her. Girlfriend’s gonna be pissed.

Corrina: I’m not TeamJames at all. Though Winn is better than last season and I love him fessing up this episode. No, we haven’t seen the right person for Kara yet.

Lisa H: Okay…you are correct. The right person hasn’t appeared yet. I just like to look at him.

Will: What is with the “I’m no longer Hank Henshaw, I’m Cyborg Superman!”? Seems a little too in your face.

Corrina: Yes, they need to get whoever punches up Mick’s dialogue on Legends of Tomorrow to do some dialogue here.

Will: I’m pretty sure Cyborg Superman didn’t name himself that in the comics AND that only happened after he masqueraded as Superman for awhile. There’s no reason for Hank to be calling himself Superman at this point. But I guess he couldn’t just call himself Cyborg either since that’s another character. Why not just jump to Eradictor?

Lisa H: Wasn’t the Eradictor Kryptonian in the comics? Although I supposed it’s connected right? Didn’t Hank Henshaw become Cyborg Superman because of a solar flare when Superman threw the Eradictor into the sun? I have vague recollections so I am not 100% sure.

Lisa H: Can we talk about Jeremiah saving Supergirl and Mon-El from the hands of Cadmus? I for one loved it. But it does leave me with so many questions. What has Cadmus been doing with him all these years? Why isn’t he evil? Is he hiding within Cadmus? If he can point Supergirl and Mon-El in the direction of the exit why not take it himself at any point in the last 10 years? And while I’m spewing questions into the blogosphere, How long do we think it’ll take Supergirl to tattle on Mama Luthor to Lena? Anyone? Anyone? Bueller? Bueller?

Will: He’s suspect. I really want to believe he’s a good guy and been working to undermine Cadmus from within. But I’m also skeptical. As you said, why hide out for so long to just suddenly reveal himself and help them escape (fairly easily too I might add)? I’m worried that the whole Jeremiah rescue and escape was planned from the beginning and is part of Cadmus’ plan.

Corrina: Can we talk about Kara being unbelievably stupid here?

Corrina: Yes, I know, she’s an optimist and can’t bear to see people hurt on her behalf but, hello, we also have super-speed, right? She couldn’t leave Alex a quick note: Headed to X! Cadmus has Mon-El! Also, couldn’t she just charge the helmet halfway? How does Lena know her limits? And why the heck would Kara believe her that Mon-El would be set free!

ARGH. Plot-induced stupidity is what forced me into ditching Arrow and Flash. Don’t make me do that with Supergirl because I like these characters! It’s not that Kara is stupid. It’s that the writers need stuff to happen and come up with bad decisions to make it so.

Lisa H: Is she being stupid? Or is she naive and determined to see the best in everyone and take everyone at their word?

Corrina: Oh, it’s the writers. I blame the writing. Can maybe they hire a few people from Person of Interest who managed to come up with new twists even in police procedurals? Because that would be great.

Lisa H: Person of of Interest? I don’t watch that one…maybe I need to start. But yes, there is an overall bad, or maybe lazy, writing throughout the Berlantiverse. 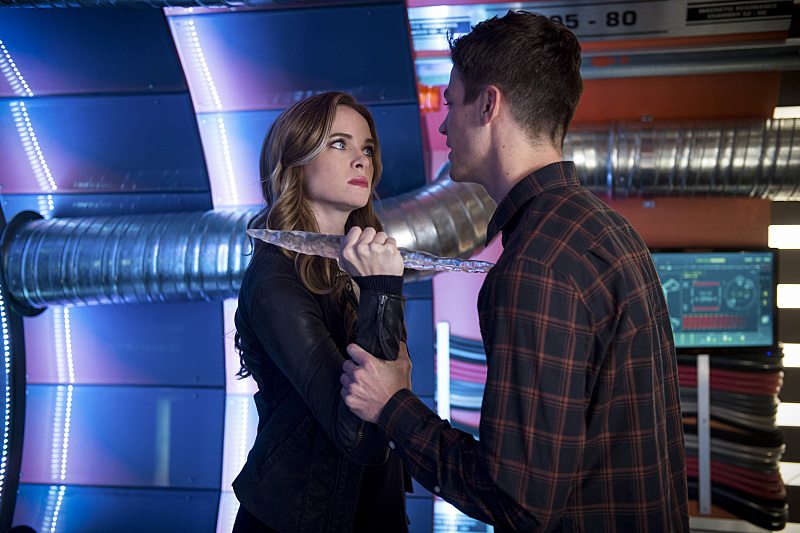 The Flash, Episode 3.07 “Killer Frost”
Joey: This Savitar character design is horrible. I’m waiting for him to transform and go looking for the Allspark. Hmm… maybe that’s the stone Alchemy is using. Also, about tired of the digital voice manipulation thing our villains are doing.

Jim: I gotta say, Savitar without having Max Mercury, Impulse and XS on the good guys’ side feels like a ripoff.

Lisa H: Why? Why is there another speedster villain?

Joey: Since Draco is a top-notch CSI, he must be able to create an algorithm to find anyone who Googled “Savitar”, right? (Glad I didn’t go looking for more info on the comic character.) Oh, and–SHOCKER!–Julian is Alchemy.

Will: What an amazing twist! *sigh*

Lisa H: Did anyone win the GeekDad Who is Alchemy Pool?

Jim: I think I said it first.

Lisa H: Yes I think you did Jim. All that fake money is yours! Mazal Tov!

Joey: You have to treat us all to an amazing imaginary dinner with your non-winnings.

Corrina: My research of Alchemy says he has multiple personalities. So maybe Julian didn’t know for a while that he was Alchemy.

Will: He did seem a bit confused by the Alchemy gear in his drawer.

Joey: And why Alchemy doesn’t have a British accent…

Jim: Sure, why not? And Lance doesn’t know he’s Prometheus. It seems to be kind of a thing.

Corrina: I watched this week because I want to see the crossover and be up to date with Flash. (I watch Supergirl and Legends of Tomorrow regularly.) But this reminded me:
Barry Allen is The Worst Hero Ever.)

Because Killer Frost Caitlin? Is totally right! His lousy decisions on changing the timestream killed Eddie (whose death now also means nothing because of Barry’s later actions), and caused Ronnie to sacrifice himself, and then Barry just killed some villains last season and shrugged, and he went to Earth-2 and caused Earth-2 Joe’s death by leading the bad guys right to him.

Jim: Point of order. He caused Earth-2 Joe’s death by canoodling with Earth-2 Iris behind her husband’s back when he was supposed to be doing heroic stuff. Because he’s kind of a self-centered nozzle.

Lisa H: Wait. Eddie committed suicide to stop his descendant Eobard Thawne from doing any further damage to the timeline. So it wasn’t Barry who is responsible for that one. Ronnie? Earth-2 Joe? Totally Barry’s fault!

Corrina: But Eddie’s sacrifice is meaningless now because Barry reset the timeline and Eobard is back killing people. Good job, Barry!

Lisa H: Was it established that Flashpoint is responsible for Eobard (and Darhk’s) return? I totally missed that! How did I miss that!?

Joey: No, that’s not been expressly stated. Eobard was around for an episode in season 2, so Flashpoint didn’t bring him back, and the Darhk we’ve seen so far has all been from a date earlier than when he was killed in 2016, so I don’t think that Flashpoint necessarily caused the team-up of those villains in whatever we’re calling the current timeline.

Corrina: And, all this time, Barry still stalks Iris, even when she doesn’t remember him!!

These are the actions of a villain, not a hero. Don’t forgive him Cisco! Don’t fall for that puppy dog look! Go Draco for seeing Barry for what he is. Boo!! Show for wanting me to sympathize with Barry.

Lisa H: Iris is totally going to get killed. No doubt about it. I actually thought it would be in this episode. But it’s coming…she sealed her own fate! By telling Barry he would never have to do this without her she’s signed her own death certificate.

Corrina: Yep, Iris is going to be dead for a while. That foreshadowing of “I can’t do this without you!” is as obvious as an anvil to the head.

Lisa H: She actually said in response to that “You’ll never have to.” Again, I am forced to yell at the screen “Don’t say that! Now you’re gonna die!”

Corrina: Of course, that will be why Barry resets the time stream. Because Cisco’s brother is a fixed point in time. And Caitlin receiving powers that make her crazy is also a fixed point. But, hey, if you’re a woman in Barry’s life, he resets time for you.

Joey: Exactly. Time shouldn’t be rewritten, unless Barry wants to, then it’s consequences be damned as long as I’m not hurting right now.

Lisa H: Of course, because it all comes back to the writers keep going in the same damn circles!

Corrina: Ugh. Maybe it all goes back to the reason I stopped watching Flash. The idea that someone has to die for heroes to be born. That Barry saving his mom and being a hero is bad. I hate that premise.

I think I’ll go watch Legends of Tomorrow and have a beer with Mick, who makes no bones about his villainy.

Better yet, everyone should go read the current ongoing Flash series, written by Joshua Williamson. I love his Barry. 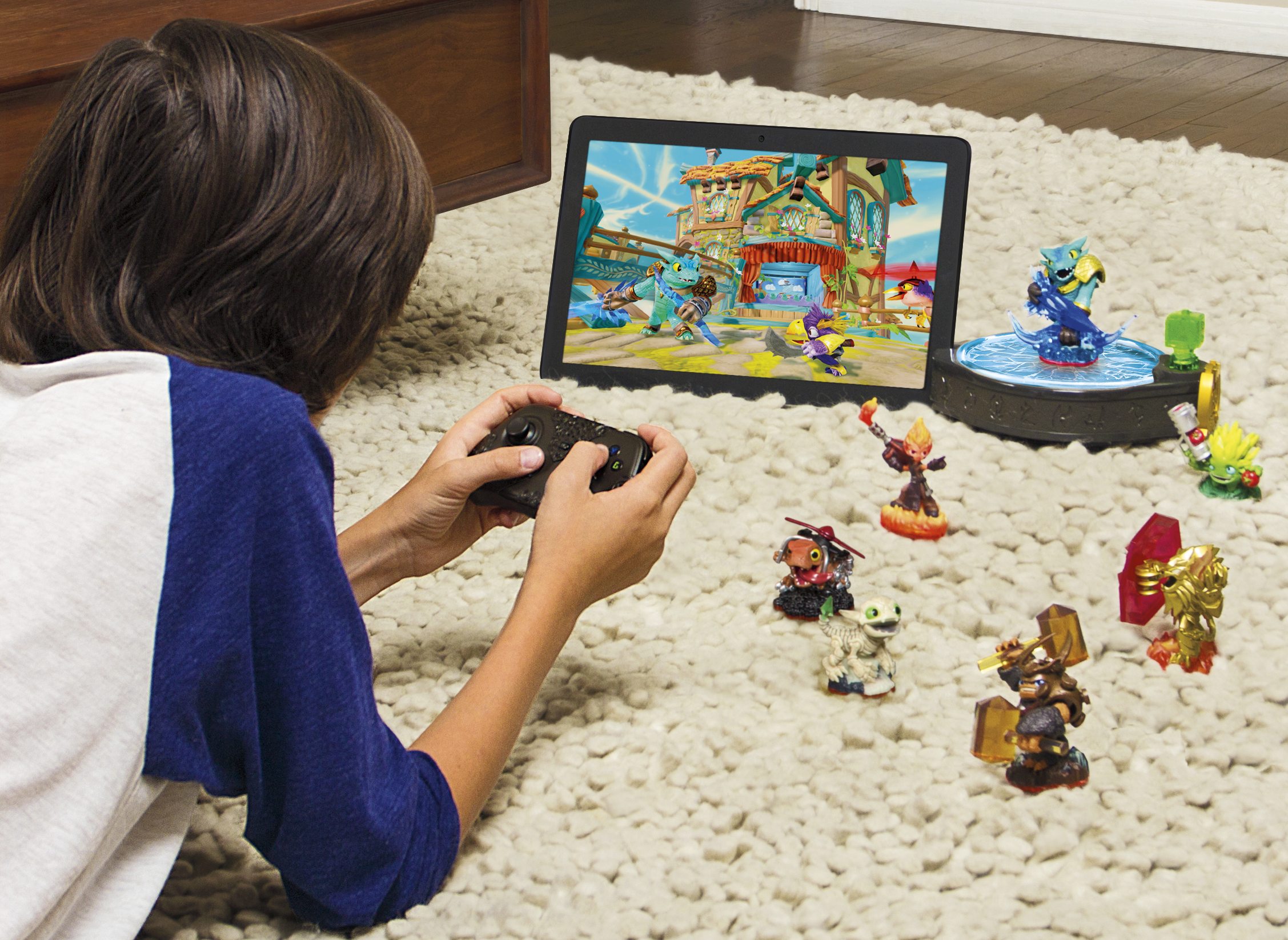 GeekDad Puzzle of the Week Solution: Bigger Than Googol!

3 thoughts on “DC on The CW: Consistently Inconsistent”