It may be hard to accept for those of us who grew up in the 1980s, but Harrison Ford has just turned 71 years old. Yes, Ford, star of such geek-favorite films as the original Star Wars trilogy, the Indiana Jones films, and of course the sci-fi classic Blade Runner, was born July 13, 1942 in Chicago.

Ford’s film career didn’t take off until he was in his thirties, which is why 1989 found the mid-forties Ford playing Indiana Jones opposite Sean Connery, only 12 years his senior, as his father. His career since has, the fridge-nuking fourth Indiana Jones film and last year’s disappointing Cowboys & Aliens aside, gone in a mostly less-geeky direction, but that will change this November with his portrayal of Colonel Graff in the (controversial) movie version of Orson Scott Card’s novel Ender’s Game. There have also been plans announced to make a fifth Indiana Jones film, but we can all hope that wiser heads will prevail — septuagenarian action stars being ever so slightly implausible to most audiences.

Yesterday was also, in an awesome coincidence, the 73rd birthday of the one and only Sir Patrick Stewart, portrayer, of course, of Captain Jean-Luc Picard in the Star Trek: The Next Generation TV series and movies and Professor Charles Xavier in the first three X-Men films.

Stewart, a classically-trained Shakespearean actor, came to geeky media at the age of 47 with the premiere of ST:TNG, but has been embraced by the geek community at large and is widely considered one of the best things ever to have happened to the Star Trek franchise. The fact that he was able to pull off that feat while playing a French man with a distinctly British accent is a testament to his prodigious acting talents, making it no surprise that many (if not most) of the fan-favorite episodes of ST:TNG are ones featuring Captain Picard in a substantial role.

Please join all of us at GeekDad in wishing Harrison Ford and Sir Patrick Stewart a very happy (slightly belated) birthday, and many more to come! 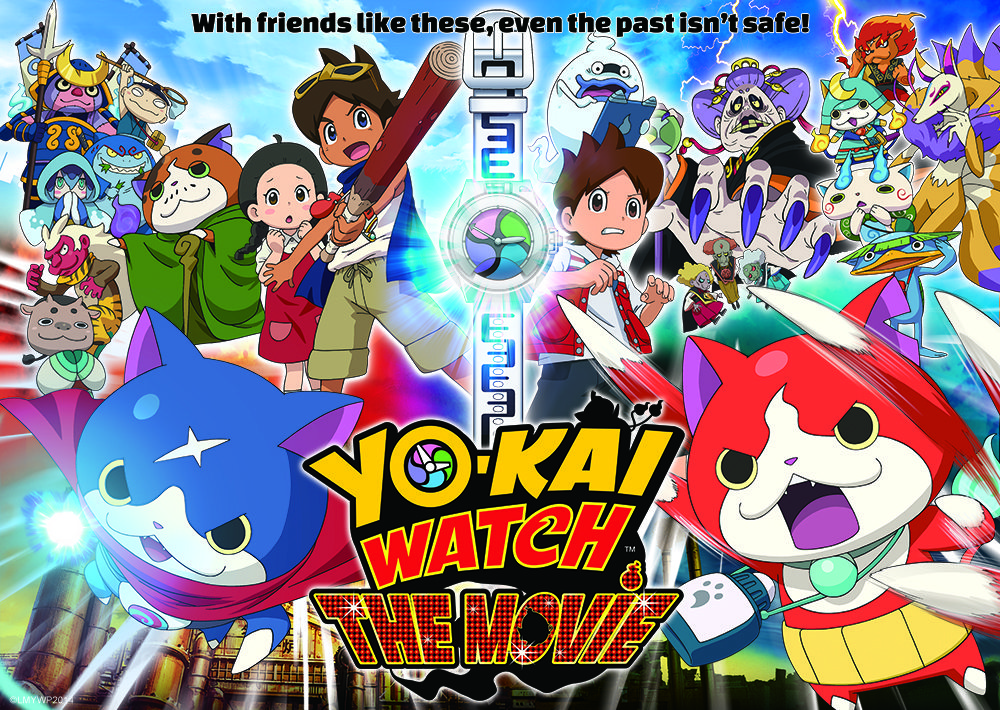 See ‘Yo-Kai Watch: The Movie’ (This Saturday Only!)