Ray: With Martian Manhunter #10, we head into the final act of Steve Orlando and Riley Rossmo’s Martian saga, it seems destined to go down as one of the defining works of their careers thanks to its stunning visuals and in-depth characterization of its two main characters.

With their town under attack, J’onn has opened his mind for the first time to Diane Meade, and the two confront the demons lurking in his Hermitage – figuratively and literally. This is a new take on the concept of the dreamscape, as the two heroes face off against long-festering regrets that manifest as hideous alien monsters. That gives Rossmo the chance to show off like he rarely has in this series – indulging his taste for full-on, twisted monster horror. The tension in this issue is through the roof, as each of the monsters makes their debut separately and often has some unpleasant surprises when they appear or are defeated.

But it’s not just the monsters who have surprises, and this issue is unexpectedly fun and funny despite the constant threat. Watching Meade unravel the rules of the Hermitage is interesting, and the issue takes on the tone of a video game fight at times. It all works together thanks to the extensive characterization in this issue and the previous ones, as the secrets in both J’onn and Meade’s pasts come back to haunt them in the form of the Hermitage’s defense mechanisms. It builds to a powerful, emotional climax in the real world that gives new meaning to how J’onn chose his ultimate superhero form. But a much bigger threat is lurking around the corner, and with only two issues left, it seems like it’ll be a challenge for the creative team to tie everything together. It’s a shame this is only a year-long series, because it’s one of the best the character has ever had.

Corrina: So much should be said about Rossmo’s art sequences in the Dreamscape. I wonder if the writer’s script said “there are three internal demons that haunt J’onn, go crazy with depicting them.” Because Rossmo does go crazy, in the best way, with an ever-shifting sequence of monsters and traps. The best one has to be when J’onn follows Diane’s advice and embraces one of them to overcome it.

The final panel, after they’re back in the real world, of J’onn showing his true self to Diane and Diane’s acceptance of that self nearly brought a tear to my eye. I suspect this will have extra resonance for LGBTQA+ readers, given that why Diane is so accepting is because not only does J’onn accept her, but she accepts her identity as well. Diane was a bit of a cypher at first, especially once she realized her partner had been replaced by an alien, but her character arc has been just as well-drawn as J’onn’s arc.

This was the calm before the storm. I’m beginning to wonder if the end will take place in Charn’s dreamscape, where he (or his victims) will be forced to accept themselves. In Charn’s case, he won’t be able to do it. But I hope there’s help for the girl he’s corrupted. 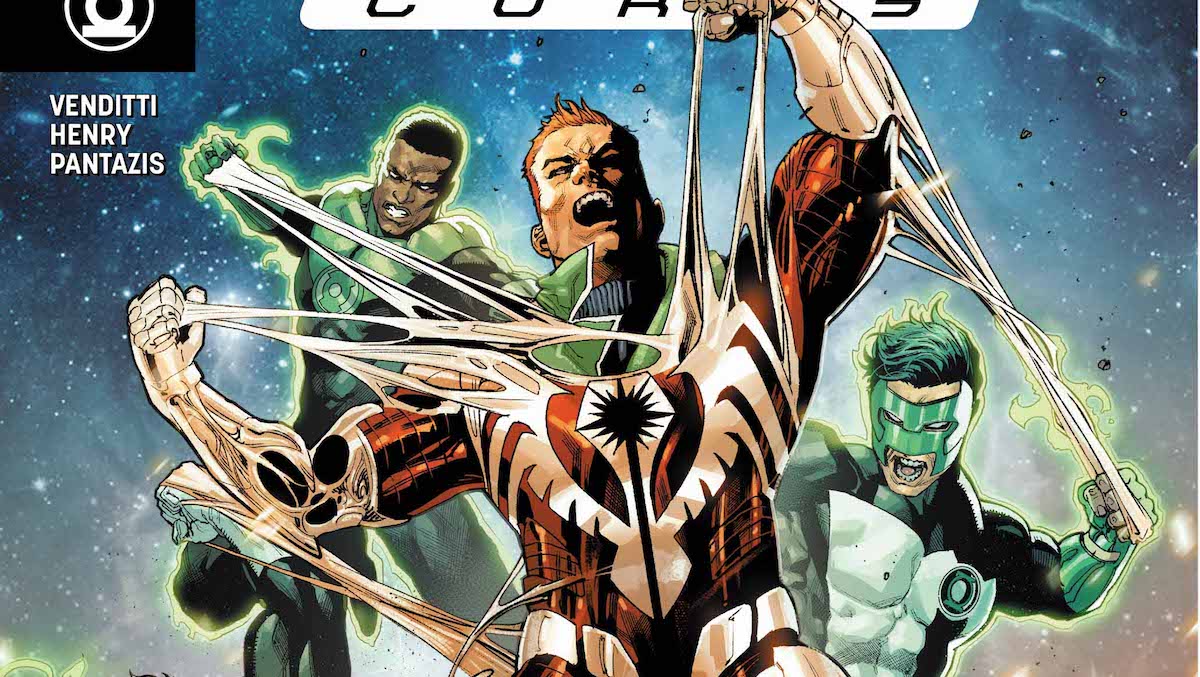