Ray: It’s been a while waiting for Batman: Creature of the Night #4, so long that the creators actually put an apology/explanation in the backmatter over the two-year wait between the first and last issues.

Given that a big part of the delay was because of artist John Paul Leon’s cancer battle, I’m just happy this project is getting completed now that he’s on the road to recovery – and it doesn’t hurt that it hasn’t missed a step. One of the best Batman stories in years and a worthy successor to Superman: Secret Identity,

it’s the story of Bruce Wainwright – a boy who saw his parents killed and became obsessed with Batman, only to eventually manifest a monstrous Bat-demon of his own. A fusing of the classic characters with a lot of unique twists, it gave us new versions of Alfred, Gordon, and Robin in their own ways. More grounded, but surrounded by supernatural horror. When we last left off, Bruce was slipping further and further into madness as he became obsessed with a conspiracy about his parents’ killers – and also with the idea that the Batman he can summon is actually his stillborn twin brother.

There have been lots of takes that indicate Batman is mentally ill, but I tend to think they’re overstated. Either you believe in vigilante superheroes or you don’t – Batman is no more insane than Iron Man. But by using Batman as an exploration of trauma and mental illness, Busiek manages to create a brilliant and tragic story of how far this kind of obsession could push someone in a world more like ours. The real-time nature of the story, something it has in common with its predecessor, allows us to see how it takes Bruce from boy to man as his mental issues get worse. The gap between issues has caused some of the nuance to get lost, so I highly recommend reading the previous three installments before picking up this one, but it comes together into a brilliant whole. The central question of its series is never quite answered, with the nature of the Batman and its links to Bruce’s birth remaining unsolved. I wouldn’t really want it any other way, since the ambiguity is what makes it work. Now that this series is complete, I’m pretty sure it’ll end its run as an all-time classic.

Corrina: I’ve always thought Superman stories, at their best, are about how we deal with life. Busiek explored that in Superman: Secret Identity, an episodic story of how the hero of that book comes to terms with not only his powers but his parents, and then his eventual family with Lois. It’s about the choices we make that inform how we live our lives, and how our legacy continues to the next generation.

Batman, however, is about how we deal with death.

Batman: Creature of the Night #4, and the whole series, is about how young Bruce internalizes his trauma at his loss, about how he created an entire separate self of rage, a creature permanently stuck at the same emotional age he was when his parents died. Perhaps this is his stillborn twin, still inside him, and given life by a supernatural horror. Perhaps it’s just his own psychic/supernatural/horror-style abilities that he’s let take over his subconscious (and sometimes conscious) mind.

In the end, it doesn’t matter because the only way out is to grow up and begin looking outward at the world he wants to create as an adult, at the people who care about him, and at the happiness he does actually deserve, despite his self-destructive behavior.

Leon’s art brilliantly captures Bruce Wainwright’s darker impulses. This Bat-self is menacing as anything I’ve seen regarding Batman but there’s also a moment, coinciding with Bruce regaining control over his psyche, that this shadow Batman becomes a figure of empathy. It’s in as much pain as Bruce, it’s worried that the only thing driving it is rage, and it worries about non-existence if it doesn’t have control.

That’s a powerful metaphor for grief and loss–if we overcome the grief, if we move on, if we fail to let it control us, will the grief and loss we’ve experienced have any meaning?

Busiek and Leon’s answer isn’t about dissolving or banishing the grief and trauma, however. It’s about embarcing this grief without letting it have control over one’s life. Bruce’s Batman twin/self remains with him, as grief does, but he and it have learned they can survive without allowing the rage to overcome all. 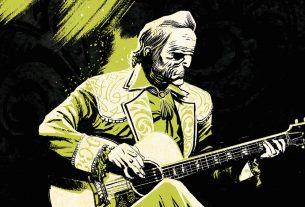