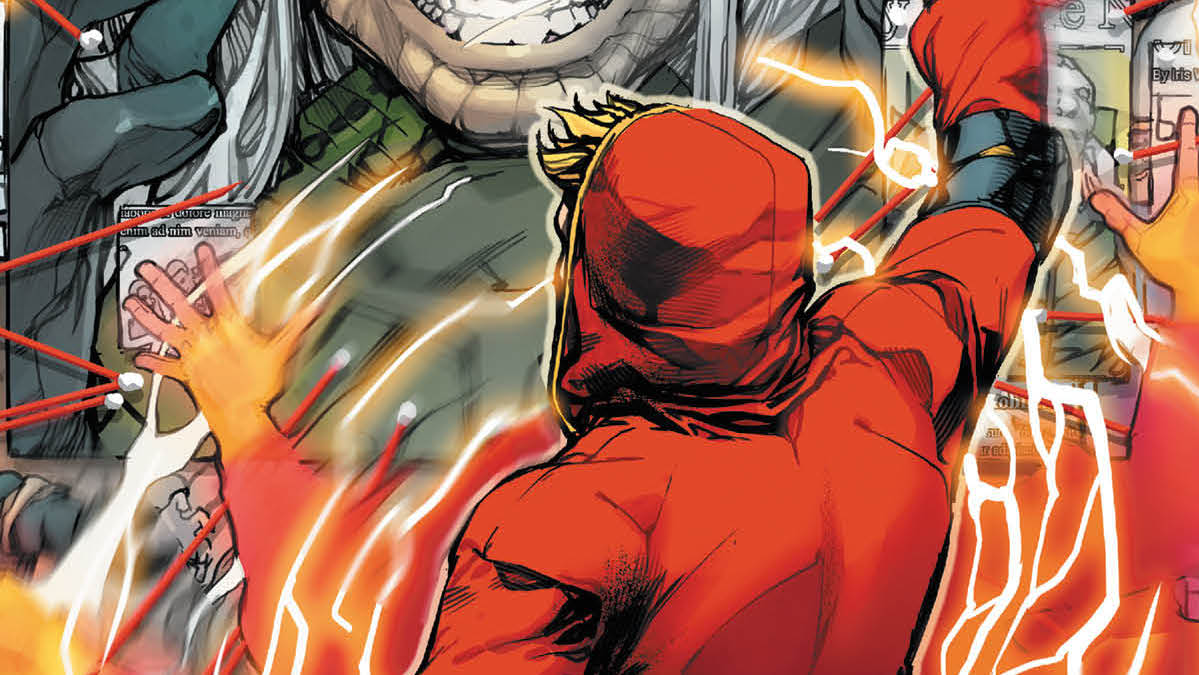 Ray: Thus far, “The Flash: Year One” has been one of the most pleasant surprises out of DC in a while – retelling Barry Allen’s origin while adding a lot of new mythology to the Speed Force and showing us how Barry formed his relationships with many of his most important supporting characters – especially Iris West. Barry is back from his adventures in the far future with his older self, and was terrified to use his powers after seeing what they led to – but the arrival of that same future arch-nemesis, The Turtle, in the present day spurred him into action. The opening fight against Turtle is one of the best parts of the issue, doing a great job with the physics of the fight between the fastest and slowest men alive. I’m also enjoying how well Williamson writes Iris in this arc – she’s getting to be the crusading, fearless reporter that Lois Lane should always be written as but infrequently is. And seeing her and Barry at the early stage of their relationship is great, given the disaster they’ve become in the present day.

That doesn’t mean everything is smooth between them, though – five minutes into their first date, Iris gets a lead and has to dart out. That brings her into conflict with another iconic villain in his early years – Leonard Snart. Snart is currently leading a gang of criminals pulling off heists with familiar masks on their faces. No cold gun yet, but Snart is trying to keep a handle on a volatile band of criminals – including one, Clive Yorkin, who has his own dark history as a villain and has no problem crossing lines that Snart never would. Until now, we’ve seen how Barry’s speed works, but we haven’t seen too many of the other elements of his powers – and his speed healing comes into effect in a big and bloody way by the end. So far, even though this is a flashback story where a lot is preordained, it has zero problem maintaining a compelling narrative. And the Barry/Iris relationship is a bright spot that I hope informs the current-day relationship for the rest of the run.

Corrina: If this were the first arc of a new series about a new hero, Barry Allen, coming into his speed powers, it would attract a great deal of attention. As it is, if you’re a Flash fan who’s fallen away, this arc is a great place to jump back into Barry’s world.

I first picked up a Flash issue in the late 1970s, an issue where Professor Zoom was Barry in disguise and pretended to be Iris’s husband in order to take over his life. (That issue’s visual of Zoom spinning a yardstick to menace Iris remained vivid in my mind for a long time.) This issue reads somewhat like the structure of that long-ago issue, with Barry trying to split time between his life as the Flash, his work, and Iris. I’m not sure how well this history with Iris matches up with the current history with Iris (I thought they didn’t get together until recently?) but I certainly like them better as a couple here than in any other stories.

Porter and the rest of the art team give us a killer last page, with Barry collapsed from numerous bullet wounds. (A shot that may/may not be a homage to Quicksilver’s death in Avengers: Age of Ultron.)  Oddly, despite the fact that this story should follow a predictable path, I have no idea where Williamson is going with his origin story. That’s a good thing. 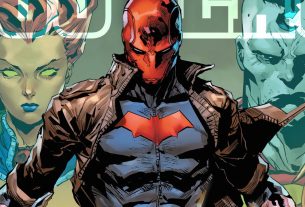 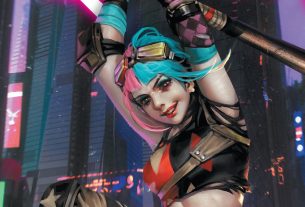 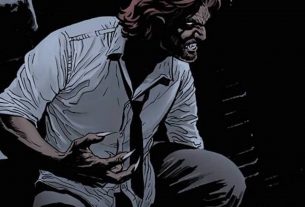