As the fight came to its conclusion, only one wererat was left standing. The rest had been offered a chance to turn themselves in, but refused, facing death and glory instead. The final scrawny wererat ran for the exit, just as Dugg realized who it was. “Dasher!” he called out. “Stop. We can help you.” But he was too high on up on the platform above the melee and his voice didn’t carry. As Dasher reached the door, one of the drow fired their last silver bullet. It stuck him between the shoulder blades and as he fell to the ground, his body reverted to its natural state. There on the ground, in a pile of his own blood, lay Dasher Shobeedle. His parents were going to be very upset.

D&D campaign and our party had just defeated the wererat gang in the Dock Ward, but they hadn’t managed to save missing noble heir Dasher Snobeedle. They had, however, just reached level four, so swings and roundabouts.

We had to cut our session a little short last night as our sorcerer was being evicted, but hopefully by next week he’ll have found a landlord that doesn’t have a problem with weekly blood sacrifices and rituals to invite Asmodeus into the kitchen.

Alan, Arvene, Dugg, and Joe have been through the mill. Two of them have died and been brought back. One is a secret wererat. One is being blackmailed by the leader of a secret society. One has been enlisted as a reserve dungsweeper. And one has a really bad headache. Like really bad.

Last session, after a very protracted investigation (30 sessions’ worth; that’s 60 hours of gameplay!), the group finally ended the scourge of the wererats in Waterdeep.

But, even with the help of two drow gunslingers—Fel’rekt and Krebbyg—they were not able to save Dasher Shobeedle. A young Halfling noble, Dasher had been recruited to the Shard Shunners gang and the party had been asked to rescue him and return him to his family. They tried, but he fell during the final battle in the wererat subterranean hideout. Now, as the dust settles after the melee, they have to decide what to do next.

Dugg raced down from the platform, sloshing through the sewage and muck to the fallen scrawny wererat. Pushing past Fel and Krebb, he reached the body, just as it reverted back to its youthful, Halfling form. There lay Dasher Snobeedle. Heir to the family fortune. 500 gold reward if returned alive. Infamy and disgrace for any found responsible for his death. “Right,” said Alan, dusting off his coat. “Another one bites the dust. Any suggestions on how we resurrect this one?”

So the session began with a discussion of what exactly they do next. Sure, the Shoebeedle family wanted their son returned alive, but would dead be OK? Two party members had experienced reincarnation quite recently, so they knew bringing him back to life would be possible. If not a little expensive. And what would be the point of spending 1,000gp (the cost of the diamond required to resurrect Dasher) only to receive a 500gp reward?

Therefore, after much discussion, they decided to do the only thing that seemed reasonable. Remove the head, put it in a bag, and return it to the family demanding the 500gp reward or refuse to ever disclose the location of the body. As the DM I’m supposed to be impartial on decisions like this. But it seemed harsh, even for them.

The fight with the wererats had left the party pretty worse for wear. So they opted to take a long rest before heading back above ground, just in case they came across any more enemies. They’d cleared out the rats’ nest so there was no chance of a nocturnal ambush, so the night passed without incident. Except of course for the sounds sawing through bone as Alan and Joe removed Dasher’s head from his body.

At this point Fel’rekt and Krebbyg decided to leave the heroes to it and bid them farewell, exiting through the tunnels. They had rested and offered to ensure the way out was clear before Alan and co. followed them out.

Head now thoroughly removed from Dasher’s body, Alan placed it in his satchel and Arvene, as the party’s holy person, stood over the corpse and said a prayer. “Dasher, from rats you came, and to the rats you return. Tymora bless his troubled soul.” She then kicked the body into the open sewer.

Joe turned to Arvene, “Please, never speak at my funeral.”

Having now rested, the party all rose to level 4. We spent a few minutes rolling hit points and selecting options, which can all be completed using DnD Beyond.

For all classes, level 4 presents a choice between a stat increase or a feat (a cool new feature or ability you can choose from the Player’s Handbook

). Dugg and Alan both chose the former, Joe and Arvene the latter. Arvene picked the Actor feat—which will come in handy when impersonating people and trying to fool NPCs, which she does a lot. Joe chose the Elemental Adept, which means the spells he casts ignore resistance to fire damage.

I was impressed that both Alan and Dugg opted for stat increasing based on roleplaying rather than simply optimizing their characters’ fighting ability.

Once they had finished their leveling up and their long rest was over, they searched the bodies of the fallen wererats, finding not very much of value or use, and headed back out down the sewer tunnels.

Both Dugg and Joe began feeling unwell, Dugg more so than Joe. They didn’t know it yet but they had both contracted sewer plague the previous day—having fallen in the filth and failed constitution saving throws. (Dugg’s symptoms started revealing themselves almost immediately, but Joe’s will take 4 days to show.)

Sewer Plague is detailed in the Dungeon Master’s Guide as a generic form of illness that incubates in sewers, refuse heaps, and stagnant swamps. Symptoms include fatigue and cramps, and the infected creature suffers one level of exhaustion, and only regains half the normal number of hit points from spending Hit Dice and regains no points from finishing a long rest.

So there you go.

What’s in the Box!

Leaving the wererat hideout, they still had to escape the sewers. Along the way they met teenage Louis, a hostage of the villainous gang, and childhood friend of Dasher. Louis was naturally scared. He had been mistreated by the wererats and was worried about his buddy. The last he saw of Dasher he was being dragged away to see the wererats’ boss.

So, being the compassionate, heroic party that they are, they opened Alan’s bag and showed Louis what had happened to Dasher. He was upset. Very upset. As you can imagine.

Once again, as the DM, I was impartial to the actions of my players. But as a person, I was horrified. It’s like they were enacting out the movie Seven.

So, with Louis in tow—they promised to let him stay in Trollskull Manor as long as his did the dishes and get the moss out of the gutters—they headed away off.

As they neared the exit of the sewers, they heard gunshots. Fel and Krebb were fighting a giant sewer-slug-monster and the party arrived just in time to spend two rounds trying out their leveled up characters before the carrion crawler exploded, covering them all in entrails and offal.

I felt this was the least they deserved for their terrible behavior.

As they finally exited the sewers, the two drow went first, climbing the ladder to the open air above. They were followed by Little Joe and the rest of the party behind.

Blinking in the light of the midday sun Alan, Arvene, and Dugg clambered out from the sewers. Arvene helped up poor Louis, who was still shaking from the shock of seeing the decapitated head of his best friend. Little Joe had exited first and they were surprised to see him talking animatedly with a pony-tailed man, wearing an ostentatious hat, a red leather thong with matching boots, and two cross bandoleers. Joe turned to his friends. “Erm, hi everyone. Meet Zardoz. My… friend? END

We ended rather abruptly last night and I was hoping to go onto the next scene, which would have been the beginning of Chapter 3—Fireball! From here on, the story of Dragon Heist really gets going and the stakes are ramped up, but my players will probably just get sidetracked and spend the next 30 sessions trying to take down an invisible mafia. Or something else equally ridiculous like a ring of vampire hamster smugglers, or courgette-based pirates.

The carrion crawler encounter I threw in to give the players a chance to try out their higher level characters and overall it was a success. In the supplement it’s an encounter that can be sidestepped with some good stealth or perception rolls, but seeing as Dugg rolled a natural one (a critical fail) on his check I decided that there would be no getting round the giant disgusting slug monster.

The encounter at the end with Zardoz is the first time they’ll all meet him together. But, whether they know it yet or not, he’s the one who’s been pulling their strings from the start.

DM Tip: Letting your players have a chance to test out their new abilities after leveling up in a relatively straight forward encounter is always a good idea. This way, when they come to a boss fight, or a situation where they need to try something new out, they’ve already let you know about it and there won’t be as many surprises, or you won’t spend ages trying to work out the exact mechanics of a particular skill. As the DM, it’s up to you however you want to manage your players’ characters. I always like to know exactly what they can do, for this very reason. Some prefer not to take too much notice, but then you might get in situations where you need a rules lawyer to help you out. If you have at least a rough idea of their abilities and skill sets, especially after leveling up, you can also tailor specific scenarios that let them test their characters and deliver fun challenges that are suited to the group.

Next week we start chapter 3. Finally. A fireball will go off and investigations will follow. Hopefully. 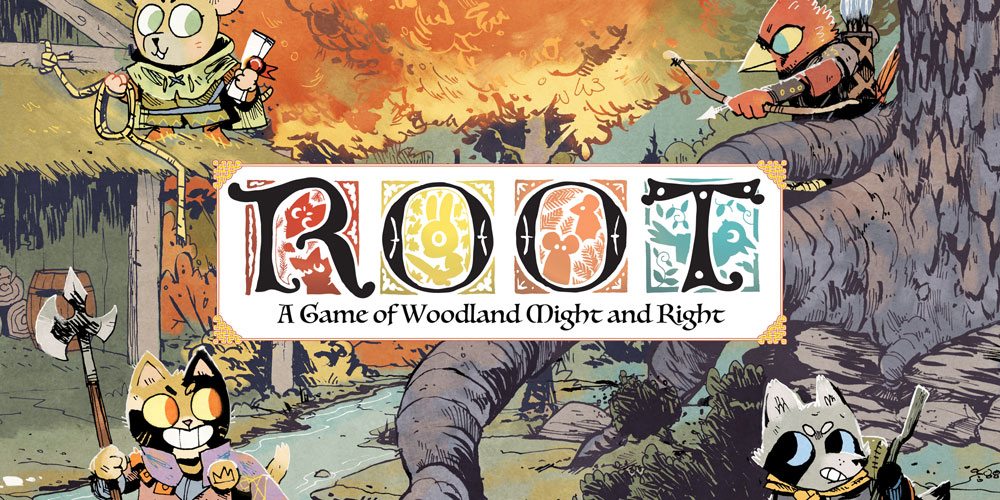 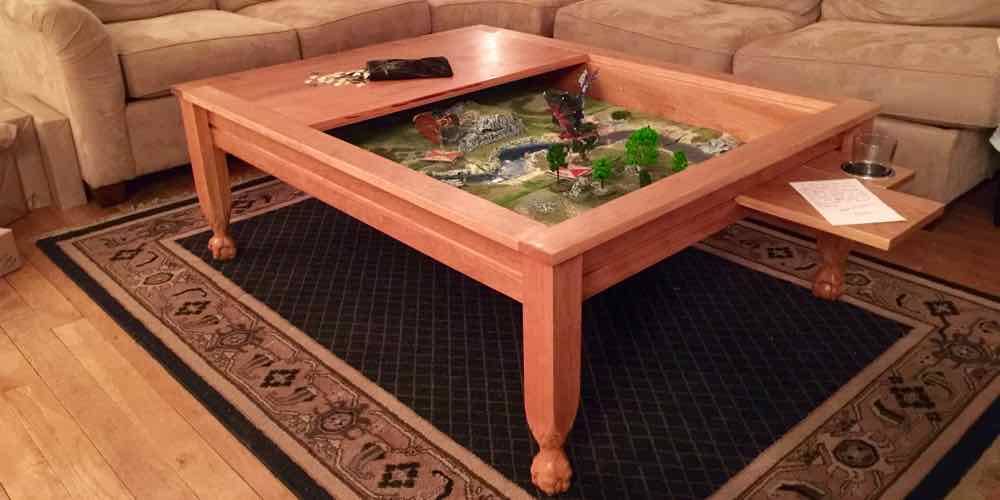 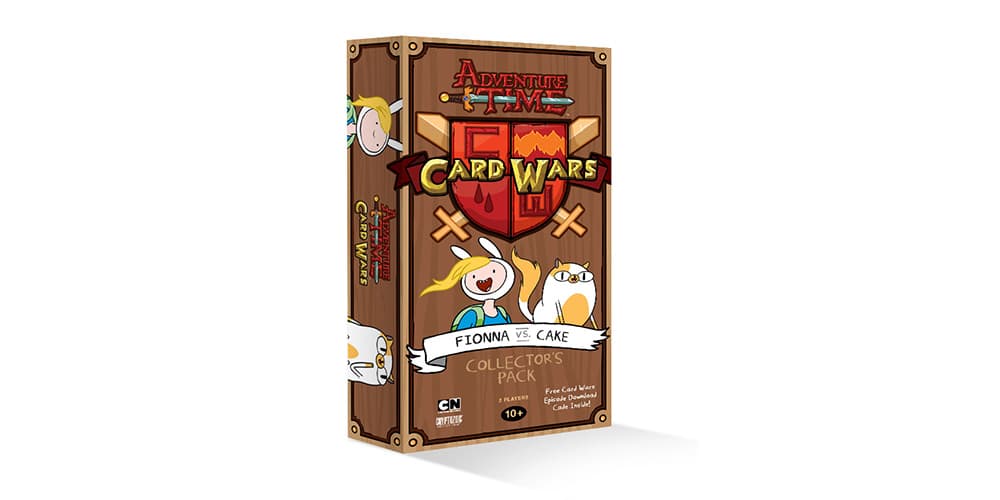