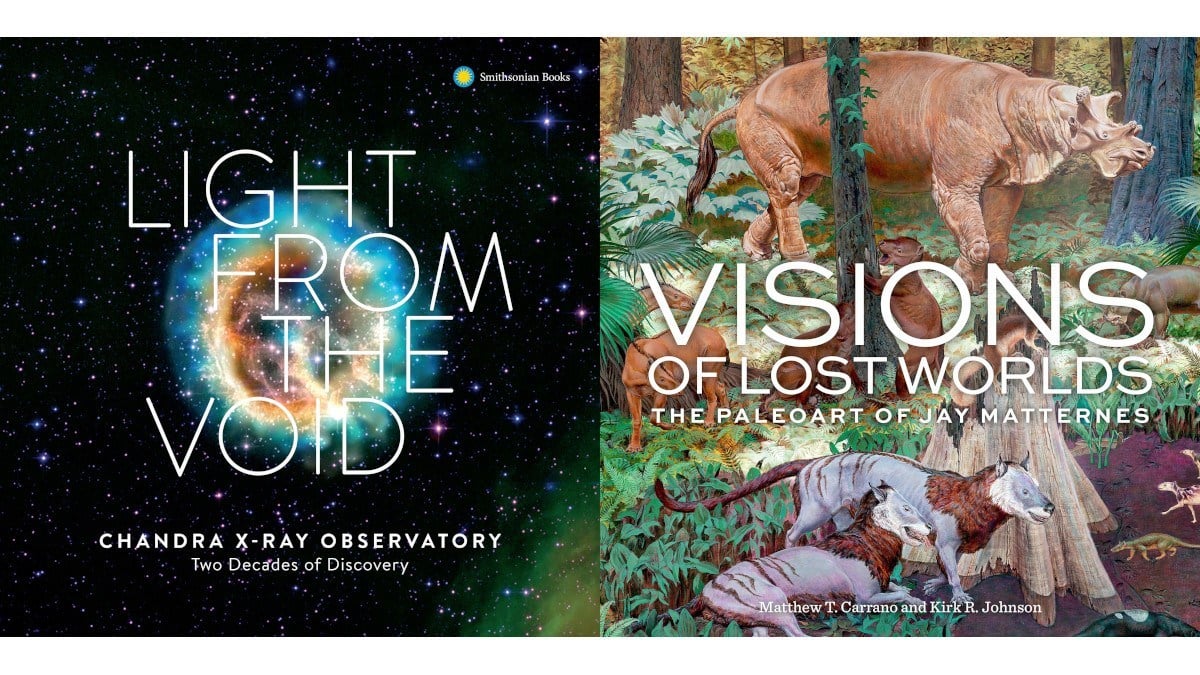 ‘Tis the season for gorgeous and informative coffee table books. Every book I’ve ever seen from Smithsonian Books has been gorgeous and fascinating, and two of their newest only continue that streak. One covers x-ray images of space objects, and the other covers ancient mammals and other animals and plants. One consists mostly of awe-inspiring images of deep space, and the other is a definitive work of one man’s artistic contribution to the National Museum of Natural History. You can’t go wrong with either choice.

Light From the Void

In Light From the Void: Twenty Years of Discovery With NASA’s Chandra X-Ray Observatory, we are treated to the long history of gorgeous images of deep space taken by the Chandra X-Ray Observatory. Taken into space in 1999 by the Space Shuttle Columbia, Chandra is one of NASA’s four Great Observatories. First, the Hubble was launched in 1990, specializing in UV, optical, and near-infrared wavelengths. Second, in 1991, was the Compton Gamma Ray Observatory. The Chandra was third, in 1999, focusing on x-ray wavelengths. Finally, in 2003, was the Spitzer Space Telescope, which focused on mid-infrared. Together these four observatories allow us to collect more information about deep space and objects. And, because Chandra captures the x-ray portion of the light spectrum, detecting objects 20 times less bright than we could detect previously, we get to see things that we’ve literally never seen before.

This beautiful book includes a timeline to Chandra’s launch from 1949 to 1999, and over 100 images taken from the 20 years since. Originally intended to be on a 5-year mission, Chandra’s value has lasted much longer. This book includes examples of stellar nurseries, stellar death, galaxies, galaxy clusters, and even more unexpected things. In it, we learn about stars’ entire life cycle and see detailed galaxy images, but we also learn more about our solar system’s planets and moons, black holes, exoplanets, dark energy, and more. Each page includes a photo of the object(s) along with the name, a brief description of what you’re seeing, the scale of and distance to the object, and the wavelength and color used. Some appear to be blurry blobs of colored light, while others are quite detailed. On several occasions, there are illustrated versions next to what you’re seeing in the Chandra image, to help you envision what it is you’re looking at, turning a blob or two into something you can wrap your head around more clearly.

While each section includes a short introduction and each item is described in brief, the star (ha ha) of the show here is the imagery. Light From the Void is a nice addition to the library of any fan of deep space, and fans of the night sky in general.

In Visions of Lost Worlds: The Paleoart of Jay Matternes, we take a trip to the Smithsonian’s National Museum of Natural History from years past to visit the murals and dioramas painstakingly created or developed by accomplished paleoartist Jay Matternes. Matternes worked with experts at the museum and used as references books, papers, and actual fossils to create the works; he also worked with a sculptor for the dioramas. On display for decades, these depictions of prehistoric scenes are now conserved and archived in the museum’s permanent collection to make room for newer exhibits, including ones that reflect the advances in paleontological science made since the murals’ creations. But, since these murals and dioramas are beloved by so many, those at the museum wanted to make sure they were still accessible to people. So they’ve been collected in this book, alongside many of Matternes’s sketches and other works, giving us a close look at the artist’s process.

These gorgeous depictions of life during different eras, covering the evolution of dinosaurs and other creatures over the past more than 50 million years, are entertaining and informative to look through, bringing animals who lived long ago to “life.” The murals trace the evolution of different groups of mammals over time, and the murals’ huge size manages to both cover a large area and include fine detail. Because these pieces of art were made several decades ago, they also demonstrate how scientific knowledge and understanding can change over time. The mural labels include updated scientific names along with the originally labeled names, where relevant.

The book begins by sharing the history of the murals and dioramas, explaining how they were originally used, and in what ways most of them were repurposed during museum renovations. Then the book shows a Mesozoic and Cenozoic geologic timescale with the timeframes of some murals and drawings marked. The bulk of the book highlights six murals, one by one, and then a collection of dioramas. You see the whole image, close-up details from it, and plenty of drawings, sketches, and photos of fossils. They also include explanations of how and why the artwork was created, evidence for its contents, and detailed diagrams labeling all of the species in the full images. You see skeletal and muscular drawings and studies, along with full sketches, and all kinds of related materials, such as letters, lists, and notes. It’s all accompanied by explanatory text in the form of captions and longer prose.

Though these pieces of art had been on display in the museum for decades, and I’d visited a number of times when I lived in the area, I don’t remember them. So I’m particularly glad to be introduced to them now through this book, which is a definitive guide to the murals and dioramas. This artwork is so beloved that those in charge deemed it important to document them, in full and in great detail, in this wonderful book. If you’re a fan of ancient life, or love animal and plant art, then Visions of Lost Worlds: The Paleoart of Jay Matternes is for you.

Depending on your scientific interests, I recommend one or both of these books for just about anyone. They both look at places distant, one in space and another in time.

Note: I received copies of these books for review purposes. This post contains affiliate links. 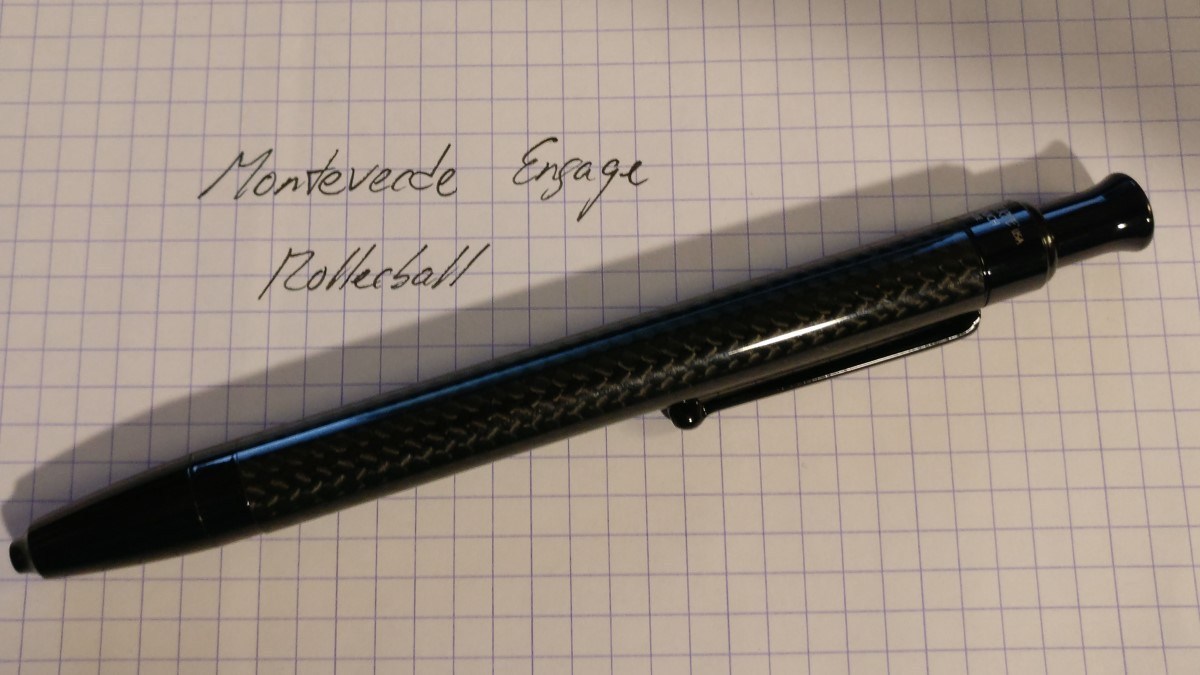 How Pen Inks Work (And Why Monteverde’s Engage Doesn’t) 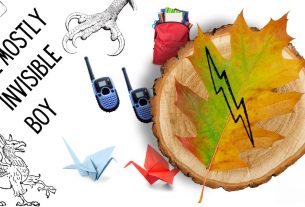