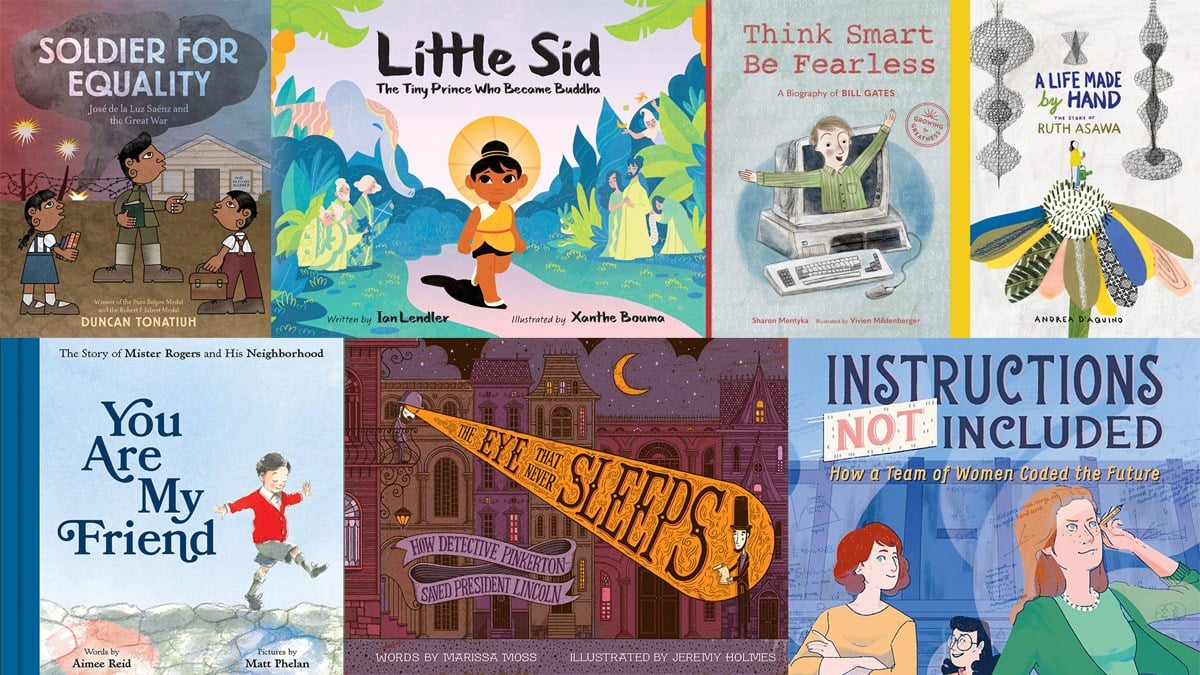 Picture books are a fantastic way for younger kids to learn about real people who have made an impact on the world. These picture book biographies cover a wide range of people: artists, programmers, detectives, and even the Buddha!

Siddharta Gautama is known as the Buddha—but what spurred him to seek enlightenment? Siddharta grew up as a prince, surrounded by people who are there to entertain and serve him, but it isn’t satisfying. Lendler and Bouma paint a portrait of a “little lord” who decides to go out to seek happiness, and learns some important lessons. It’s been simplified so that it makes a good picture book for kids, but it’s perhaps fitting that the teachings of Buddhism can be conveyed in such a form. Although the story is inspired by the actual historical figure of Siddharta Gautama, the illustrations and story are presented in a fanciful, imaginative way.

You Are My Friend written by Aimee Reid, illustrated by Matt Phelan

Fred Rogers is a beloved figure here at GeekDad, and for obvious reasons. He truly had a gift to talk to kids about difficult topics and to make kids (and adults!) feel loved. But before he became Mister Rogers, he was a kid, too. This picture book tells the story of little Freddie, who was often sick. It shows his relationship with his mother and his grandfather, both of whom had an impact on the person that he became. And, of course, it shares the story of how Mister Rogers’ Neighborhood came to be. For anyone who loves Mister Rogers, this book is a delightful way to learn a little more about his background, written in a way that young children can understand.

A Life Made by Hand: The Story of Ruth Asawa by Andrea D’Aquino

I admit that I hadn’t heard of Ruth Asawa before reading this picture book—which is kind of why books like this are so important. Asawa is a Japanese American artist who has worked in several different media, but is particularly known in the modern art world for her woven wire sculptures. This picture book, illustrated with a cut-paper collage style, traces her story from childhood on a California farm to her studies at Black Mountain College, to her fascination with weaving wire. Although the picture book doesn’t focus on it, the Author’s Note mentions that Asawa and her family were also deeply affected by the internment of Japanese Americans during World War II—the family asked that the book focus on her life and artwork, so there is more information about that in the endnotes. It’s a lovely book, and after reading it you can dive into the Ruth Asawa website to see images of her artwork and read more about her life.

This book is the story of Allan Pinkerton, a poor boy from Scotland who became one of the greatest detectives in America. One of his great skills was his ability to observe, combined with deduction and understanding of human behavior. Eventually he even wrote the Pinkerton Method and Manual to train detectives for his agency. This book focuses especially on a plot to assassinate President-elect Lincoln as he traveled to Washington, DC, to be sworn in, and shows how Pinkerton investigated the plot, and then foiled it. The illustrations are done in a caricatured style rather than realistic, exaggerating Pinkerton’s eyes to show his vigilance. It’s another fascinating story that I didn’t really know much about, and I enjoyed reading both the picture book portion and the additional details in the appendix.

José de la Luz Sáenz was a Mexican American who was often mistreated because of his heritage. Despite that, he enlisted in the army when the United States entered World War I, wanting to fight for his country and also hoping that his service would help combat prejudice against fellow Mexican Americans. Unfortunately, he continued to experience insults during the war, but he was also able to contribute his skills in translation. After the war, he and some other Mexican American veterans formed the League of United Latin American Citizens, which worked to secure equal rights for Latinx citizens. It’s discouraging to think that this story takes place in the early 1900s, and yet Mexican Americans and other Latinx are still struggling with prejudice and inequalities in the United States. The fight against racism continues, and this book highlights an important figure in that story. I like the style of Tonatiuh’s illustrations (also seen in Undocumented, mentioned in this Stack Overflow column), which is inspired by pre-Columbian artwork.

Instructions Not Included: How a Team of Women Coded the Future written by Tami Lewis Brown & Debbie Loren Dunn, illustrated by Chelsea Beck

I continue to learn about the stories of women who were integral to developments in science and technology and yet were ignored or erased from history classes. Instructions Not Included is about three women in particular—Betty Snyder, Jean Jennings, and Kay McNulty—who were programmers for the ENIAC, one of the first electronic computers. During World War II, when hundreds of women were hired as “computers” to solve complex mathematical problems related to launching rockets and aiming guns, the University of Pennsylvania was also building ENIAC. Betty, Jean, and Kay (as they’re referred to in the book) were among those who were tasked with figuring out how to translate the work they did into a language the computer could understand.

This picture book provides just a brief glimpse into the lives of the three women when they were young before diving into the ENIAC and their work on it—struggling to correct the machine’s errors in time for a presentation, and highlighting each woman’s particular contributions to computing. There’s also a moment in the book where you see some nameless, almost faceless men congratulating each other about the ENIAC’s success … without recognizing the women’s contributions. I’m glad these stories are being told now, and that they’re written for young kids so they’re not finding out when they’re already adults, like me!

Unlike the women in Instructions Not Included, Bill Gates is somebody you’ve probably heard of before—and have been hearing about for a long time. I even remember reading some of the anecdotes about his childhood, and how Microsoft came to be. But what I appreciated about this particular picture book biography is that, after showing how Gates (and Paul Allen) started a software company that became a global success, it focuses on the second act of his life: his philanthropy. There’s no doubt that Microsoft has had a huge impact on the modern world, but Bill and Melinda Gates’ mission to fight malaria, hunger, and poverty around the world may be even more important. I like the way that this book doesn’t just encourage kids to become coders and make cool things, but to use their influence in ways that will better the world.

Disclosure: I received review copies of these picture books.

Well, it’s been a few weeks since the last Stack Overflow, because I’ve been a bit overwhelmed: between school starting, my wife starting a new job (and all the appointments that resulted from changing health insurance), and some illness that swept through the house, it’s just been kind of a mess. As always, I have more books that I’d like to tell you about than I have time to write about them, but I’ve been enjoying this stack of picture book biographies (and there’s more where that came from!).

I also did finish So You Want to Talk About Race a couple weeks ago and have been continuing to marinate in the messages from that book. It’s not a book that is written to make white people feel comfortable, but if you’re interested in fighting racism and you’re not Black, I think it’s a valuable book to read that will inform and challenge you. I may have more on this in a future column. I’ve also made my way through a few comic books—hopefully more on those in a later Stack Overflow as well! 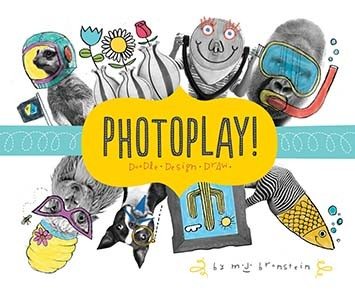 Wizzywig: Portrait of a Serial Hacker