Ray: After the big battles of the anniversary issue, this is almost entirely a character-driven epilogue – with the exception of a bloody final act that brings the Year of the Villain story crashing into this title in a harsh way. Diana has finally been reunited with her mother and her fellow Amazons on Themyscira, and she and Hippolyta are enjoying getting to know each other for the first time in years in some really sweet scenes at the outset. Wilson wisely lets these scenes breathe, but it seems this isn’t going to be a one-time thing – the doorways between Earth and Themyscira are aligned again, and Diana can come and go as she pleases. While Diana is ready to return home to reunite with Steve and Atlantiades plans to go back and try to settle their complex relationship with their mother, Maggie has decided to stay and train in how to use her sword with Antiope – making her the first honorary Amazon in ages.

Diana has one last bit of unfinished business, and that’s to fulfill her promise to Veronica Cale and reunite her with her daughter on the island. The characterization of Cale has veered wildly over the years, but I’m very fond of Wilson’s take – the compassion Diana shows for her villains is very on display here, and Cale never loses her humanity even when she’s scheming. It’s a good example of an implacable hero-villain rivalry where neither side is anything but a fleshed-out character. The scenes with Steve Trevor are a little more by-the-numbers – Wilson’s take on him is fine, but I don’t know that she’s adding anything to the character that Greg Rucka didn’t. Still, his bickering with Atlantiades is funny, and there’s a lot of potential for Diana being back on Earth. The epilogue, which has Cheetah showing up and seemingly taking the life of a major supporting character, is a dark capper on the issue that doesn’t seem to fit with the direction this title has taken so far.

Corrina: Plotwise, I’m still a bit confused as to why some of the Amazons sided with Grail previously. Okay, more specifically, why Nubia sided with Grail. I’d hoped for that to be fleshed out a bit more as we touch on the aftermath of the battle in Wonder Woman #76. But it’s not, unfortunately.

I have to mention the art because it is seemingly a huge temptation for those drawing the Amazons on Paradise Island to overly sexualize them, instead of merely making them beautiful and magnetic. The art team avoids that mistake this issue. For that alone, I’d be pleased, but Garbett and company exceed this low bar and give us some wonderful images, such as the full-age reunion of Diana and Steve, the opening panels with Hippolyta and Diana, and Isadora and her mother’s reunion. Though I think the best artwork featuring Veronica Cale is before Diana arrives, with her in despair, and her confrontation at gunpoint with Diana.

I’ve enjoyed this run a great deal, despite some bumps here and there, but I still would like to see Diana moving events, rather than letting them come to her. She did more of that in the anniversary issue, and she reunites Cale and Isadora this issue, so that’s a step forward, but I do still miss some of her flashes of humor. 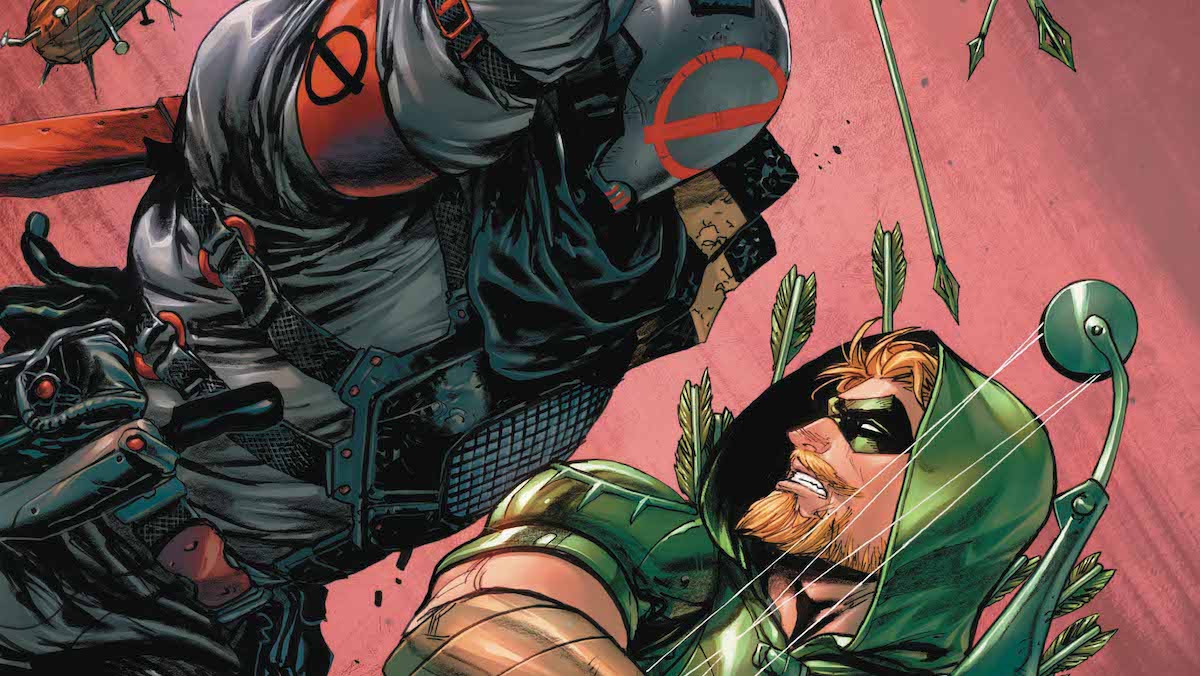