Ray: Ever since Brian Michael Bendis relaunched Young Justice and, with it, the most popular teen heroes of the 1990s, the story has been all over the place. The heroes spent so much time dealing with the politics of Gemworld that they barely had time to reestablish themselves after a long absence. And at the start of the second arc, which finds Young Justice lost in the Multiverse, that problem only gets worse. So why is Young Justice #7 of the best issues yet? Because this is where Bendis finally finds his groove as a writer having a blast digging into DC continuity. The issue opens with an absurd series of short segments as the YJ crew ping-pongs from one world to another. First, they wind up on a chibi world where Bart finds all the tiny Justice Leaguers adorable, and then they land on the world of Captain Carrot, where they’re sent packing thanks to a mallet with multiversal superpowers. I think my favorite part of this whole thing was just how confused and horrified Jinny and Teen Lantern were.

Then things take a much more serious turn as the heroes find themselves on another world much closer to their world, but now their own – it’s the Kingdom Come world, and they soon find themselves confronted by grimmer versions of Superman, Wonder Woman, Power Girl, and Red Robin. Bendis deciding to play with one of the most legendary Elseworlds in DC history is a bit bold right out of the gate, but he seems to have a good grasp of the world and watching the two groups of heroes play off each other is exciting – especially once a new element called the Sons and Daughters of the Bat (a cult carrying out Bruce Wayne’s legacy in ways he definitely wouldn’t agree with) emerges. It’s not long before the teens wind up on their way through the Multiverse again, this time on a mysterious new world that promises to be the worst yet. Even though things are chaotic, I feel like this is the best issue we’ve gotten so far for just focusing on the core cast and getting to see how they operate as a team.

Corrina: The mood Young Justice #7 creates is a lot of fun for long-time DC readers who’ll recognize all the different Multerverses at once. Of all the YJ characters, it seems this creative team has a special fondness for Bart because he gets all the best lines. That’s a good thing because YJ should be a playful book. The art team has quite a task, with all the Earth-jumping, but it manages to do it so well that I’m wondering what the full Kingdom Come world would be look like if they drew it.

And it was refreshing to see a more human Doctor Fate, not that I dislike the world-building stuff going on in Justice League Dark, it’s just fun to see such an intense character admit to screwing things up.

Still, there are a bunch of dangling plotlines, including explaining Hex and Teen Lantern’s origins, though the amusing interplay between Teen Lantern and Alan Scott seems to indicate she kinda hacked her way into being a hero. Hope we see her explored more. Soon. 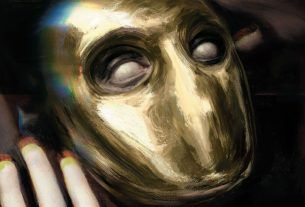