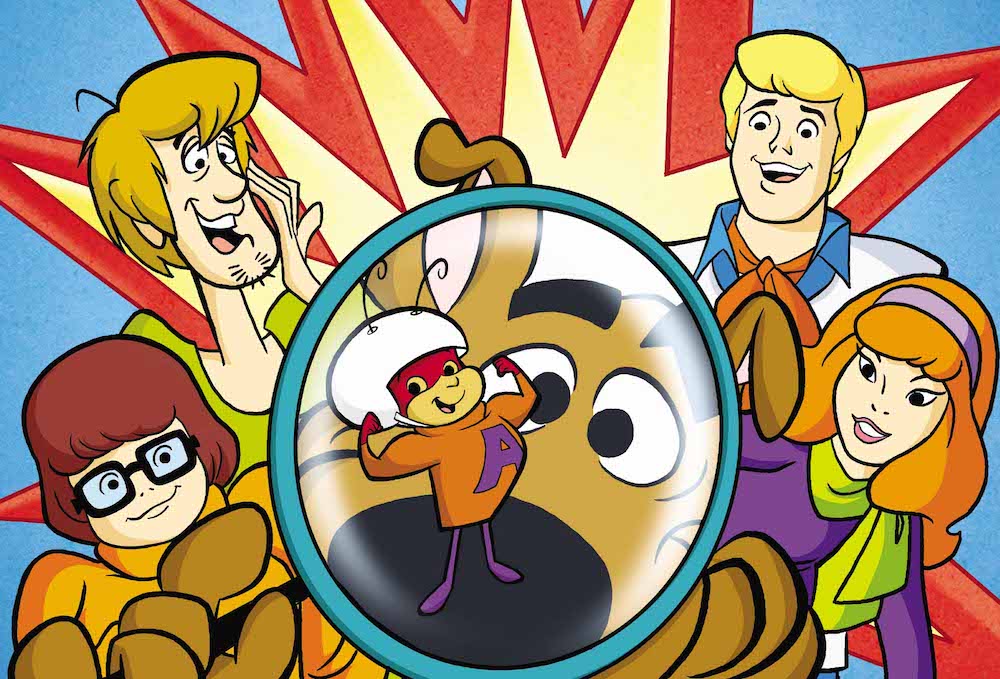 Ray: Following up from last issue’s team-up with the Atom, which introduced the Mystery Machine crew to the DC Microverse and featured some of the most clever twists of the series, this issue keeps the tiny theme but does a complete 180 into an issue that feels more like an episode of a random 60s cartoon than a DC story or even a Scooby mystery. The guest-star this issue is Atom Ant, one of the more obscure Hanna-Barbera cartoons, and he’s essentially an ant with superpowers. Seems very reminiscent of Mighty Mouse, although I believe this character came first. They meet, Atom Ant introduces the kids (+ dog) to his powers, and then they come under attack by giant monsters.

These comical kaiju turn out to be the focus of the issue, as they’re not so much a mystery as an obstacle that the Scoobys need to run from and Ant needs to beat up. They turn out to be the creation of Atom Ant’s nemesis, Dr. Crankenshaft, who is possibly the least imposing villain ever. I was amused by the fact that Atom Ant’s biggest weakness is apparently…picnics. When he sees them, he’s helpless to resist and must eat. The way the gang gets him out of this fix is the most amusing scene of the issue, but overall with no mystery and no ghosts, this doesn’t feel like a Scooby-Doo comic. Probably only for Hanna-Barbera completists.

Note: Want to read all the DC comic single issue review? Check out our index.