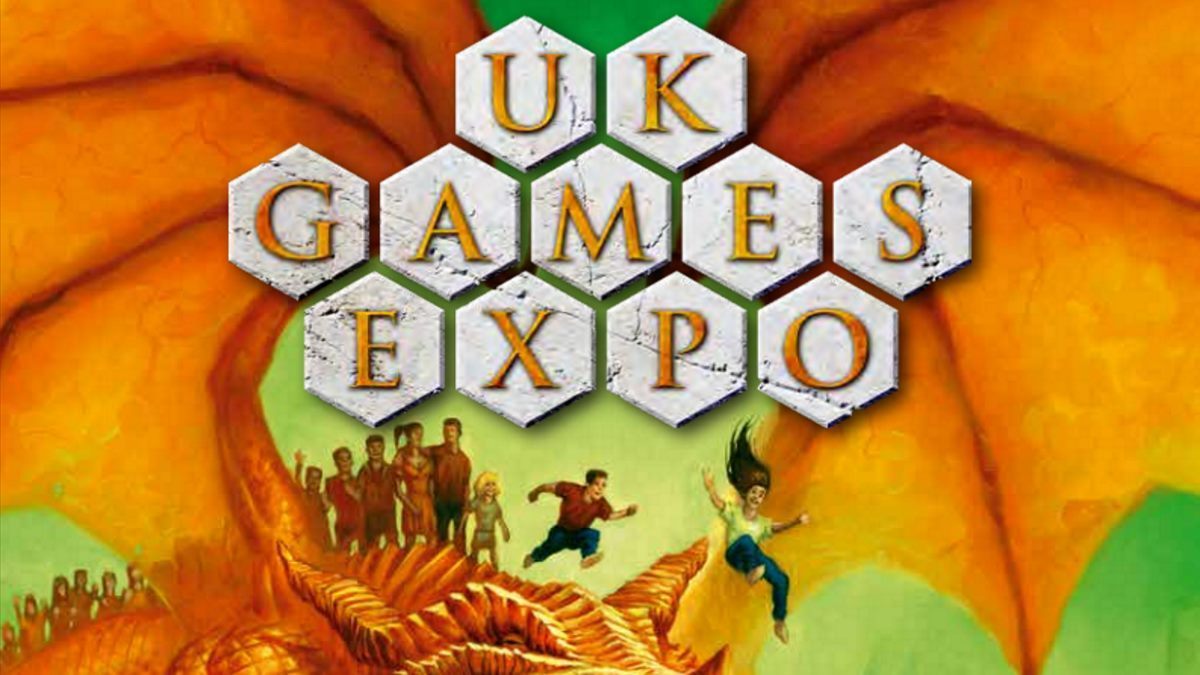 It’s hard to imagine that it’s a year since the last UK Games Expo. That was my first visit to a major games expo in roughly 25 years. Despite attending on my own, I had a great time. In a couple of weeks I’ll be heading back, but what am I looking forward to seeing and what other great stuff will there be to do?

The Expo is once more at the NEC in Birmingham (UK, not Alabama).

As far last year, tickets come in a variety of prices, depending on number of people and number of days. Family tickets are available (2 adults and 3 children); under 11s are free. A family ticket for one day at the Expo will cost you £35. You get slightly longer for your money on Friday and Saturday, but from all the people I spoke to, last year, Sunday is a lot calmer.

There is a convention app available for Android and iOS.

There are lots more details on the UKGE Website and, for a comprehensive look at what’s going on, check out the convention guide. It’s awesome!

New releases! Expos are great for new games and the UKGE is no exception. This year, of particular interest to me is the new line of Citadel Contrast paint. This new, easy to use, paint system was announced at Warhammer Fest earlier this month and is touted to revolutionize the painting process, making it accessible to all. It should be possible to try out some of the new paints and find out whether painting might truly become a family endeavor.

FFG will be bringing two new games to the show. We’ll see the UK release of the next series of Keyforge, The Age of Ascension. I’ve played and enjoyed the opening season and I can’t wait to get my hands on a couple of decks from Age of Ascension to see how some of the new cards change the game. Star Wars: Outer Rim will also be released. I love how the FFG games capture the essence of the Star Wars universe. Touted as a game of “Scoundrels, Bounty Hunters, and Smugglers,” Outer Rim will take a welcome look at the franchise’s seedier side. Who can resist the chance to recruit Han Solo?

Once again there will be a huge Family Zone, where you can sit down with your children and try out a massive selection of family-friendly games. This is a great place to chill out with the kids if they become footsore and frazzled from the hustle of the exhibition floor. The Family Zone is once again being run by Imagination Gaming. A friend of mine will be there, helping teach how to play their latest cohort of games. Say “Hi!” to Barry for me!

For the competitive players amongst you, there are a host of games you can join in with. Most notably, for me, there is a Warhammer Underworlds Grand Clash on Friday. Sadly, I can only attend to event on Sunday, so many of the competitive options aren’t open to me, but at the time of writing there are tickets available for most of the competitive games including all of the Games Workshop events, FFG events including Star Wars: Destiny, X-Wing, Legends of the Five Ring, and Arkham Horror.

Moving away from the FFG-GW axis there are competition games of Catan, Blood Rage, Dominion, and 7 Wonders. You can even play Happy Salmon and Rummikub too.

Beyond the competitive scene, there will be dozens of games to try out. “Hall or Nothing” will be there with their excellent Kilforth Games and the follow up their historical wonder 1066: Tears to Many Mothers – 1565: St Elmo’s Pay. (This game is on my guilty to-be-reviewed pile, but I have managed to do a video run-through, here.) The epic City of Kings will be there with new expansions. Alley Cat Games will be showing off its Dice Hospital expansions (coming to Kickstarter soon). Ares games are running a huge Battlestar Galactica tournament, and showing off Wings of Glory/War of the Worlds mash-up, Tripods and Triplanes.

Mythic Games is showing off its impressive array of miniature based games, including the intriguing looking Solomon Kane. The company is also bringing its new fantasy arena combat game, Super Fantasy Brawl. I’m going to be interested to see how that matches up with my beloved Warhammer Underworlds. Hopefully, I can bring you more about that after the Expo.

That is just the tip of gaming iceberg—check out the full list of exhibitors, here, and a list of all the new games on offer can be found, here.

If that wasn’t enough games, you can vote for your favorite game of 2019 from the People’s Choice shortlist.

But What If I Make Games?

One thing I hadn’t realized before heading to the UKGE, last year, was how much support the convention offers for budding designers. Whether it be about the design process, or how to take your game from killer concept to a perfect production model.

The UKGE offers the following:

Hopefully, I’ll See You There!

This year has been super-hectic for me, and I almost wondered whether I had to energy to make it up to Birmingham, but researching this piece and chatting to a couple of exhibitors, I’m fully energized and looking forward to seeing all the great stuff the UKGE has to offer.

Once again, due to family commitments (this weekend in May/June is always difficult for me), I’ll only be there on the Sunday, but if you read GeekDad or follow me at “Agents of Sigmar,” do say hello. I’ll be the guy with a stack of games under his arm…