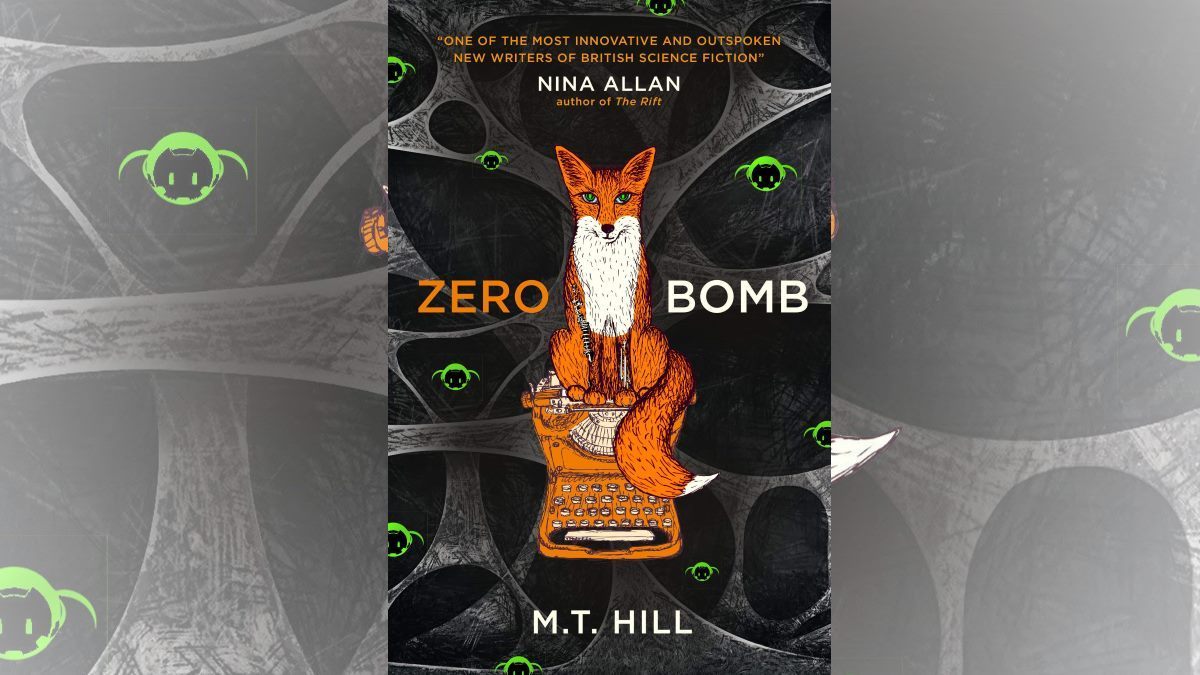 If Forrest Gump wrote about Science Fiction he might declare it to be “like a box of chocolates.” I’m not quite sure what I was expecting from M.T. Hill’s Zero Bomb, but whatever it was, it turned out that I really didn’t know what I was going to get. I think I expected some sort of pastoral meditation on the perils of the surveillance state. And foxes, for obvious reasons.

It does contain some of those things, but it’s a grimy, dark, read, punctuated with shafts of light. Unusual in its structure, the narrative pacing is all over the place. Nevertheless, Zero Bomb is a compelling read. Here are my 5 reasons to read it.

The best speculative fiction feels like it might actually happen. This is absolutely the case with Zero Bomb. It’s set in the near future, in a post-Brexit, right-wing Britain where surveillance is everywhere. Everything is recorded and we’re happy to serve up our data to the state. The conditions for such a Britain don’t feel that far away from becoming a reality.

The theme of the fox running free, an urban survivor, is threaded through this book. The lone fox that dogs (foxes?) central character Remi makes the novel. At first, the fox seems like a wistful reminder of a forgotten time, then it becomes something more sinister, before evolving into something like a loyal companion. Ultimately, the fox morphs into something truly terrifying that befits Hill’s black dystopia.

The central story follows Remi, a man who lost his child and then himself. Remi ran away from his troubles. As the novel opens, we know little about him. Gradually, Hill peels back the layers of Remi’s story, using several points of view. Very few things in the book are as they seem. There’s even a peculiar excerpt from a (fictional) vintage science fiction novel, which at first seems little more than a diverting aside, but ultimately turns out to be a key part of the overreaching narrative. The nested stories and multiple points of view put me in mind of David Mitchell’s Cloud Atlas and The Bone Clocks.

If Amy McCulloch’s Jinxed was a grimy dystopia, it would be Zero Bomb. If you look carefully at the cover, the true nature of the fox is revealed. I’ve read a number of books (some really great ones) about the evolution of social media and the A.I. of our portable devices. This book definitely fits into this category. If we all carry devices that chronicle our every move, and then we offer up our data to the companies that make them, what are the possibilities for abuse? Zero Bomb offers much food for thought about the shackles of electronic convenience.

As a parent, Zero Bomb makes for an uncomfortable read. Remi has been ravaged by the loss of his daughter and unscrupulous players in the novel use that as leverage to maneuver him where they want him. This being a novel, Remi’s truth turns out not to be entirely what he thought it to be, and Hill serves up a moving depiction of grief, what it means to be a parent, and the lengths we might go to in order to protect our children from harm.

Zero Bomb is a thought-provoking read about humanity’s relationship with technology. It’s a grimy near future dystopia with an unusual structure and predictions that feel uncomfortably accurate. Its central character, Remi, is flawed; damaged by the life he is led. Will he find the redemption he craves or will the forces that are working against him win out and completely overwhelm him?

If you enjoyed this review you can pick up a copy of Zero Bomb, here in the US and here, in the UK.

Geek Fitness Week: Get Fit in a Bit With FitBit