Ray: Corrina and I have disagreed for most of this comic’s run, with my reviews being more forgiving of its overly bleak tone and occasional characterization hiccups due to to its tense mystery. However, over the last few issues that mystery has become increasingly obvious as the presumed-dead Wally West had one piece of evidence after another come out against him and flashbacks showed him becoming more and more unbalanced. This issue finally pulls the cover back in a primarily Mitch Gerads-pencilled issue showing exactly how Wally went from time-displaced savior to mass murderer, and the truth is uglier than I expected. It’s ultimately a story of Wally making every bad choice he could on the way to a tragic conclusion. The other guilty party here, though, is Sanctuary itself. While its isolated, VR-driven therapy program might work for some parties, it’s the worst place you could put a man who literally feels alone in the universe – a refuge where no one sees anyone else.

Wally’s downfall comes in his fixation with the other residents of Sanctuary. Convinced no one else there could understand his pain of losing his family, he made the decision to hack Sanctuary’s data using his powers to accomplish countless years of work in only seconds. But while his body could do the work, his mind couldn’t take the stress of absorbing everyone else’s trauma from the confessionals, and he snapped. When the alarms went off, it put everyone else directly in the way of his out-of-control Speed Force blast. Horrified at what he did, he did the only thing that made sense amd…framed Harley and Booster for the crime before putting into effect a master plan to kill a five-days-older version of himself?

While there are still some questions to be answered in the final issue, the confession of Wally West makes one thing clear – he directly killed everyone at Sanctuary, and then deliberately framed two fellow heroes and pitted them against each other. There’s no going back here, and that’s a damn shame, and it makes this entire series feel rather sadistic and ultimately pointless.

Yes, this. For the whole series.

While, on some level, it’s nice that Ray and I finally agree, I’m not happy that this series has completely exposed itself as this low level of quality. That’s not only because I think it’s a horrible waste of Wally West, who I believe is more popular than DC Comics editorial knows, and the waste of the talents of the creative team, but because of the larger problem:

This is a horrible–and potentially harmful–portrayal of trauma and mental illness leading to mass murder.

If the point of the series is to say that society shouldn’t ignore those who are struggling with these things because it could lead to mass murder, then it’s doing it wrong.

This portrayal of mental illness is equivalent to the Female Furies handling of rape and sexual assault:: it wallows in the assault and offers zero chance for the injured party to recover or find any hope. This would be like starting the television Jessica Jones series with Jessica still being raped and controlled by Kilgrave, rather than deciding to help others in the same situation. This is the story of a villain who then kills himself, so there will never be closure. It’s nihilistic. (Yes, I know, Wally may be back in Suicide Squad, somehow, but that only seems to make it worse.)

The setup of Sanctuary, with endless access to virtual reality and no supervision or on-site counseling, paired with the lax security that apparently lets the non-powered Harley Quinn wander in and out at will, makes the Trinity into horrible people who had no clue how to help others. Again, if this is to point out our real-life horrible mental health care system, okay, except now you’ve basically made the Trinity accessories to mass murder and some of the most misguided and idiotic people in the DCU.

It is seriously harmful to portray someone suffering this kind of trauma as a mass murderer, especially given statistics prove that those struggling with mental illness are no more likely to harm others as anyone else. They are also 10 times more likely to be victims of violent crime. Making Wally a mass killer because he was “traumatized” is, well, sadistic, ultimately pointless, and is not an accurate reflection of those struggling with trauma. It also adds to the societal stigma that mentally ill people “lose it” instead of busting the myths about mental illness and showing how people can get treatment and recover.

Instead, Wally is given the base generic DC villain origin as “driven crazy by losing their family.” This is a reverse version of “The Nearness of You,” Astro City‘s classic story, and the recent sequel to this in Astro City’s final issues, both of which dealt far better and far more compassionately with people struggling with loss.

But, hey, I guess a series where a hero goes cray-cray, loses control, frames two others for the murder (doing some serious mental damage to at least one hero and to one anti-hero), then kills himself, makes a better story, right?

Nevermind how irresponsible it is for such a series to provide such a horrific and wrong-headed view of trauma and mental illness. 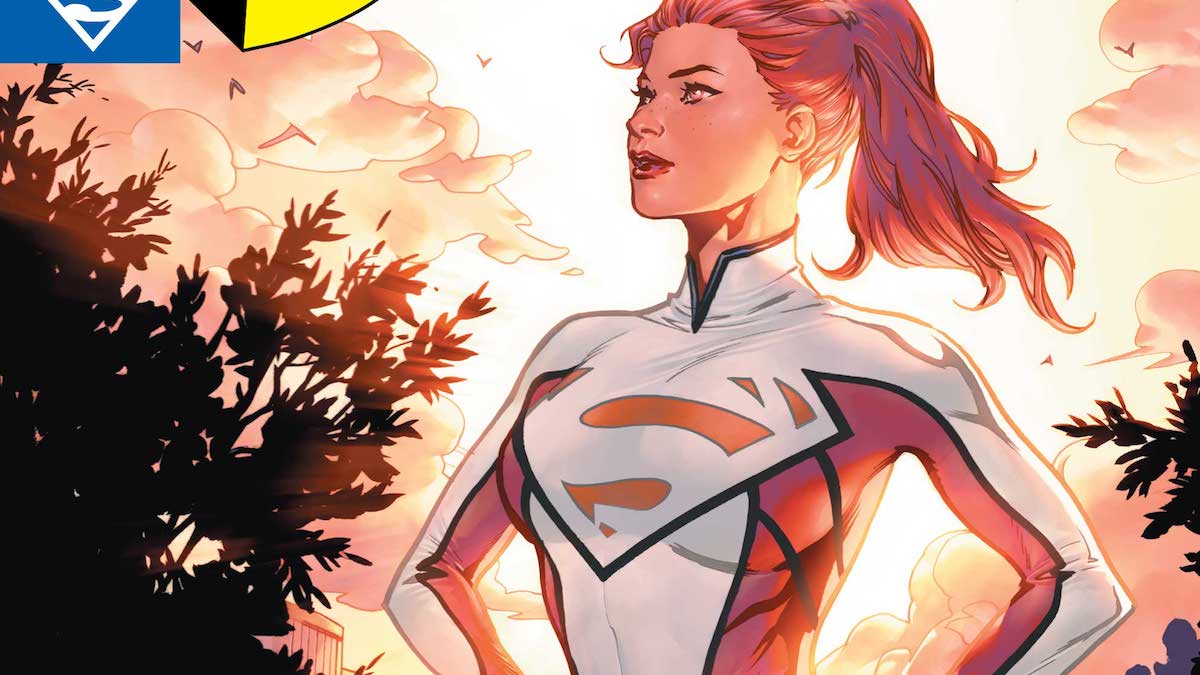 1 thought on “Review – Heroes in Crisis #8: Crimes Born in Pain”