She Remembered Caterpillars, an abstract puzzle game from Ysbryd Games and Jumpsuit Entertainment that explores love, grief and brain surgery through extremely cute fungi, is coming to the Nintendo Switch on March 28.

You read that right: love, grief, brain surgery, puzzles, and adorable little spores, all in one game. Or, as its writer, author Cassandra Khaw puts it: “It is a color matching fungipunk puzzle matching game. It’s about injecting cute into invasive brain surgery.”

So what is it, exactly?

Adorable and haunting, She Remembered Caterpillars is first and foremost a puzzle game in which you lead cute, spore-like creatures, called Gammies, around a dreamscape while haunting music plays. Gammies of certain shapes and colors can pass certain obstacles and are blocked by others. It’s your job to figure out how to get each of them onto a platform. Once all the Gammies get to their platforms and fly away, the puzzle is solved.

In the meantime, there’s a larger story: a scientist’s desperate experiment to save her father, with whom she has a complicated relationship. That story is told in snippets of text before each puzzle — a passage from a holy book, or a snippet of dialogue. That dialogue centers on a father child-relationship. In earlier chapters, the child is young and asking the father questions about death. In later ones, the child, now grown speaks with a third party about grief, or taking the father off life support.

That’s not a spoiler—you’ll get all that in the demo, and it’s based on Khaw’s own experiences.

Khaw is a horror writer, and if you’ve read her books, you’ll recognize her concise, poignant style. In 2017, just after the game was released on Steam, I interviewed Khaw about her books for another site. We ended up discussing She Remembered Caterpillars.

The game, she said, wasn’t originally about grief at all. It started as a fungipunk (think biopunk but shroomier) retelling of the story of Osiris and Isis.

Two factors changed the story’s direction: Khaw and the developers saw that lots of children were playing the game at conventions, and Khaw’s father passed away during development.

“Because of his death and what we saw with the kids, we made a decision to use the game, which was intentionally meant to be slightly creepy, and pivot it around, so it became a platform from which parents could start discussions about the fact that they would no longer be there one day,” said Khaw.

Although my family is currently Switch-free, I played She Remembered Caterpillars at PAX East a couple of years ago, and on Steam recently. I can confirm that it is both creepy and cute, and the sounds are pleasantly squelchy and ASMR-inducing.

I can also confirm that kids like both the puzzles and the text. My 5-year-old had a lot of fun trying to make Gammies go over bridges that would not let them pass (the bridges make a fun wubba-wubba noise when they block you) but also asked me questions about crying being okay (one of the chapters is simply a line about shame and tears).

The game is simple enough that players who don’t want to talk about mortality and grief definitely aren’t forced to discuss it — you can just click through and solve the puzzles. But as a parent and as someone who has recently dealt with loss, I appreciate the additional depth.

“We wanted to create an environment for people (to discuss death) because it’s a hard topic, possibly even harder than discussing the birds and the bees,” said Khaw.

She Remembered Caterpillars was a nominee in the 2017 Independent Games Festival for Excellence in Visual Art. For more information about the game, please visit the official website.

Click through to read all of “‘She Remembered Caterpillars’ Comes to Nintendo Switch” at GeekMom.If you value content from GeekMom, please support us via Patreon or use this link to shop at Amazon. Thanks! 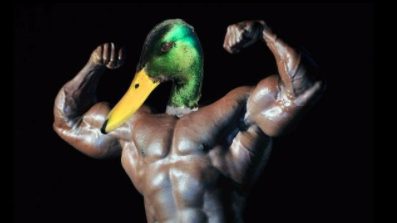