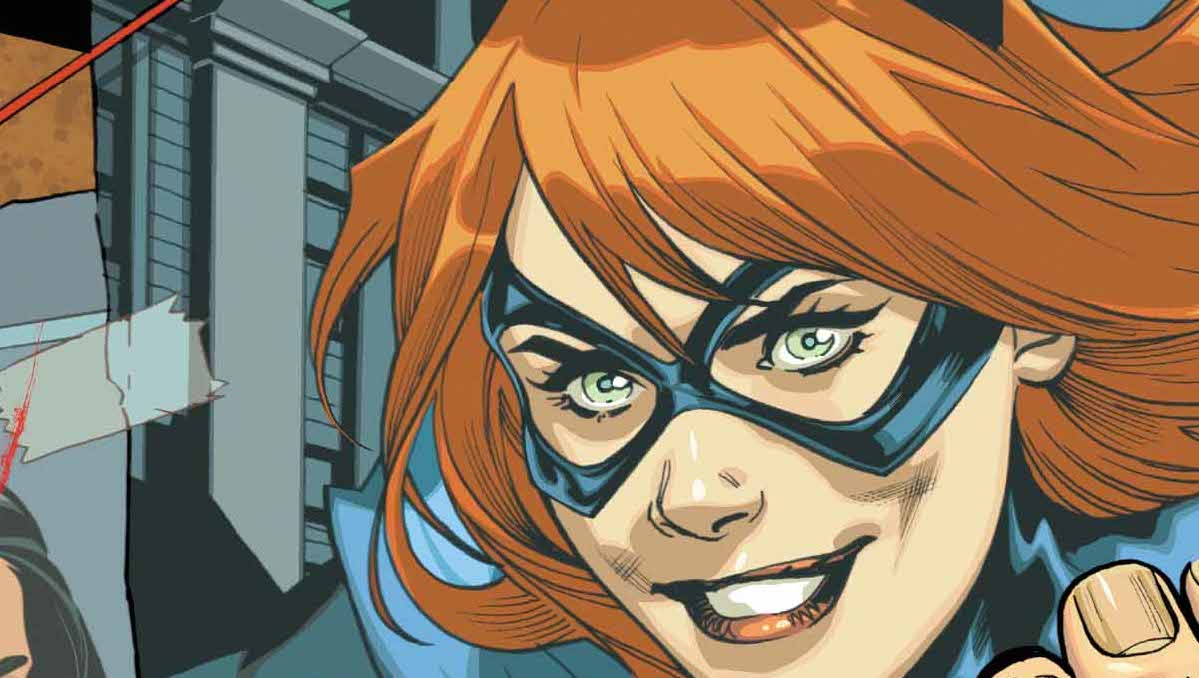 Ray: The start of a new arc plunged Batgirl into political intrigue in the last issue, as she investigated an assassination attempt on a police reform-minded Congressional candidate, encountered an old enemy in Jason Bard, volunteered for the candidate – and aroused the ire of her pro-police father. This issue finds her trying to take her mind off her frustrations – starting by beating up a particularly gross villain in the opening pages – and focusing on her work as a volunteer for Councilwoman Alejo. While the Councilwoman seems to be an ethical figure, the campaign is full of red flags, from a tech expert who resents Barbara’s presence to Jason Bard’s ongoing influence as the security expert. Bard is a compelling figure, has been ever since his return in Batman Eternal – he may be the rare example of a genuinely reformed villain who still has no problems using villainous tactics in the name of the greater good. And Barbara smells a rat.

The main threat this issue is a new villain named Cormorant, and he’s a simple gun-toting assassin who seems to be targeting politicians. He’s so generic I mistook him for 90’s villain Gunfire at first, but he’s mainly there to push the plot forward. Barbara assumes he’s been hired by Alejo’s opponent, but the opponent winds up the next target and helps to uncover a conspiracy involving a bipartisan deal to shutter blackgate that someone will do anything to prevent. The Bat-books have always been compelling for the fact that they keep one toe in reality, and a lot of the issues this issue deals with – prison reform, police tactics, bipartisanship – are ones we see in the news every day. But this wouldn’t work half as well without Barbara being as capable as she is. This is a great combo of the “Teen detective” vibe of the Burnside run with the more mature Batgirl pioneered by Gail Simone. I hope they end the rift between the Gordons soon, but this is a great run.

Corrina: If a “reformed” villain still uses the same villainous tactics, doesn’t that still make Bard a villain, Ray? The difference, to me, between heroes and villains, is how far they’ll go, how many laws and rules they’ll break, in service of their ideals.

Barbara’s tactics may be a bit more flexible than her father’s adherence to the law but Bard seems to go far beyond that.

But I think these are the kinds of questions that Scott wants us to ponder after reading the issue. In a city where everything is shades of gray, where the GCPD do have a corruption problem, even with an honest man in charge, where a reform candidate can employ Jason Bard, who’s on the right side?

That’s the kind of thing that has made, so far, Scott’s run particularly fascinating to me.