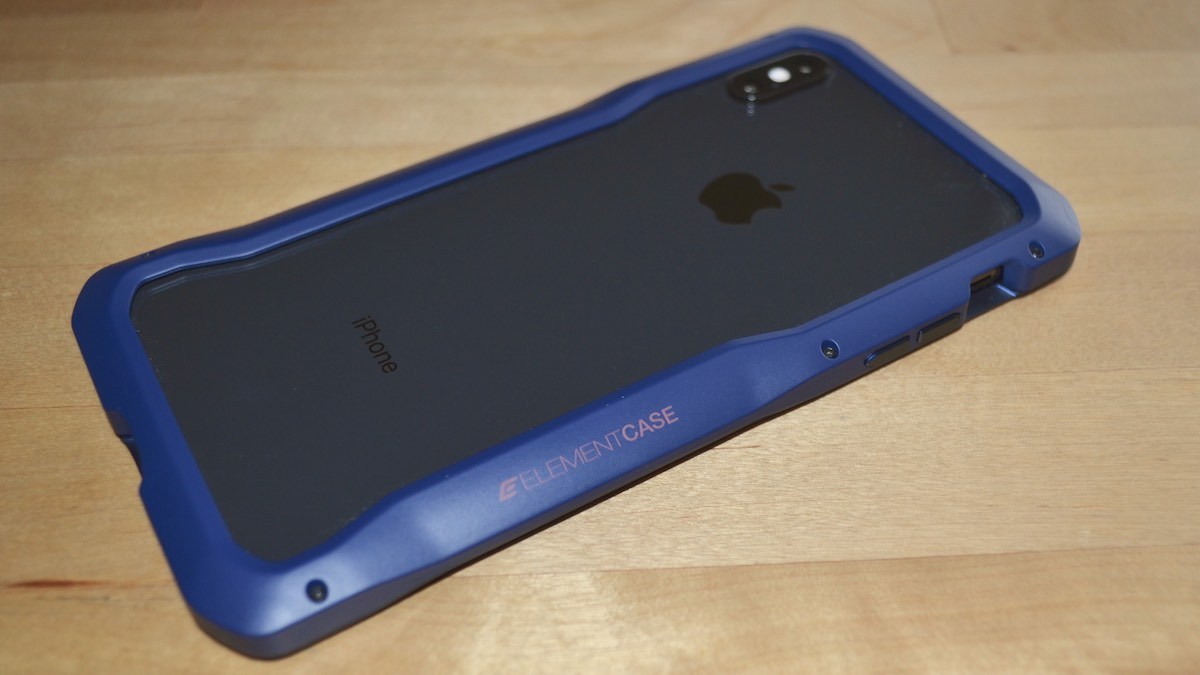 After coming to the realization that it was time to get over my aversion to the notch (although it still bugs me), I finally broke down and upgraded to an iPhone XS Max this fall. I’ve had a slew of sample cases to work through, but one that stands out—especially if you feel covering the iPhone’s glossy glass back is a crime—is the Vapor-S from Element Case.

Most cases cover the back of a smartphone and leave the display free to interact with. Nothing wrong with that approach, but set the iPhone down display-first and the back is an expanse of plastic or leather. Usually, just the cameras are left exposed, so that slippery glass Apple obsessed over is completely covered.

Element Case’s Vapor-S is the case to choose if you want to see that glass back in all its glory, yet still be protected from accidental drops and bumps. Its CNC sculpted aluminum frame (in a slick blue on my review unit) adds to the iPhone’s looks instead of detracting from them.

The Vapor-S isn’t the type of case you pop on and off; you literally screw it on. The iPhone nests snugly in a polycarbonate bottom frame with cushioned corners. The aluminum top frame is then set in place and five tiny screws (screwdriver is included) are used to firmly secure the two halves. Buttons and cutouts are precise and fully functional. Edges are raised on both sides, so the iPhone’s surface is always protected no matter the orientation. The sculpting of the Vapor-S makes it easier to get a firm grip on the iPhone, and if you accidentally drop it, Element Case says it meets military drop specs.

The best part is that besides the attractive aluminum frame and protection, when you turn the iPhone over, the glass back is almost fully exposed. Worried about that glass getting scratched if you throw it in a bag? Element Case has you covered with an included, optional clear glass back plate.

The Vapor-S didn’t interfere with wireless charging. After assembling and removing the case a few times, it got to the point where it takes just one or two minutes to install. The screws go into aluminum posts, so there’s less worry about loosening or stripping them, and Element Case includes five spares just in case. But prepared to do a lot more wiping down to remove fingerprints, because if you thought keeping the display smudge-free was a challenge, with this bumper case you’ve now doubled the amount of glass to clean.

The Element Case Vapor S goes for $79.95, comes in blue or black, and is available for the iPhone X/XS, iPhone XS Max, and iPhone XR.