In Disney Animation’s Ralph Break the Internet, the sequel to their 2012 hit Wreck-It Ralph, we are reunited with all of our favorites from the first film, plus several new characters that are sure to make a big impression.

Of course, there are few, like Disney’s Princesses, that you may have met before—most likely at Disneyland or the D23 Expo.

The film, which opens this week, follows Ralph (John C. Reilly) and Vanellope (Sarah Silverman) on a quest to the internet. Their goal is to replace a broken steering wheel from Vanellope’s arcade game, Sugar Rush, for which I may or may not have been responsible.

What they find is humor, adventure, and a lot about themselves, as one does. That’s the web for you.

Recently, I had the opportunity to attend the press conference for Ralph Breaks the Internet, and to interview John C. Reilly, Sarah Silverman, Taraji P. Henson (voice of “Yesss”), Jack McBrayer (voice of “Felix”), Director Rich Moore, Director Phil Johnston, Producer Clark Spencer and Co-Writer Pamela Ribon about their work on the film.

What follows has very light spoilers, all of which are clearly implied in the trailers.

Generally speaking, press conferences are either held on a studio lot or in an event room of some swanky hotel (this one was the latter), and the cast and creators of the respective film sit on stage facing the press. The media offers different shades of the same questions that they always ask, and the cast, in return, shares clever answers by rote, the playful volley of PR banter. It’s a good-natured dance, and we all love the soundtrack.

The press conference for Ralph Breaks the Internet, however, was more than that.

The answers were deeper and considered, specifically those provided by Reilly and Silverman, respectively. I decided to scratch my standard “If you could be any kind of tree what would you be?” and instead focus on a theme I found throughout the film, that of social issues, of which there are many. As you can imagine, the role of the internet, our relationship to it, and its impact on our lives is a pretty big one.

So I asked: “Throughout time, storytelling, at least the best storytelling, usually has a component of social commentary. That is something that Ralph Breaks the Internet does not shy away from. I’m curious, how do you decide which social issues to feature? And do they impact the story or vice versa?”

Reilly responded immediately: “I remember this one really moving conversation I had with them [Disney animators] where I realized, the internet is like the central issue of our time. Our relationship to this technology, its power, and its effect on us, we don’t even quite understand yet. It’s as powerful as like a nuclear bomb. But it uses other means. So it was really exciting in the context of an entertaining Disney film to be able to talk about some of these issues in a really, really real way. Its’ effect on people.

“Why do we crave the anonymous acceptance of people we don’t know? All of this stuff. The way we’re bombarded with commerce on the internet. So we made this fun entertaining story. But I think certainly you must have asked this question for this reason. That you come away from the film thinking about some of the most important issues of our time.”

Silverman, in answering a follow-up question about her own experiences on the internet, added: “For a comedian, it’s a great place to try out jokes or like places where you just have a funny thought and you want to put it out there or whatever.

“But then it became the place where I take in my news. And now I wantonly look back on the times when I was funny on it. But yeah. It’s something. I think the internet because it was new for us, kids, it’s all they know. And they probably—I wonder in what ways that’s good and bad—but we had to learn how to navigate and how to protect ourselves. What we can handle? And what we can allow ourselves. It’s like anything. There can be way too much of it. It’s nice as a treat, but there are bells that can’t be unwrung that probably happen a couple of times a week or a day, or in the middle of the night.

“But I think there’s a lot of good in the internet. It’s brought the world a lot closer. It’s made it a lot smaller. And then, of course, there are terrible things about it. A lot outside misinformation. This new world of chaos, a lack of knowing what is true I would attribute to the internet, but also learning truths about other people that I would have never known. Culturally. Like waking up to my own white privilege had a lot to do with the internet for what it’s worth. But yeah. It’s a very complicated relationship, the internet, that we all have, and we have to try to find a healthy balance.”

Let’s go with Ralph Breaks the Internet, indeed. It opens Wednesday, November 21 and is rated PG. 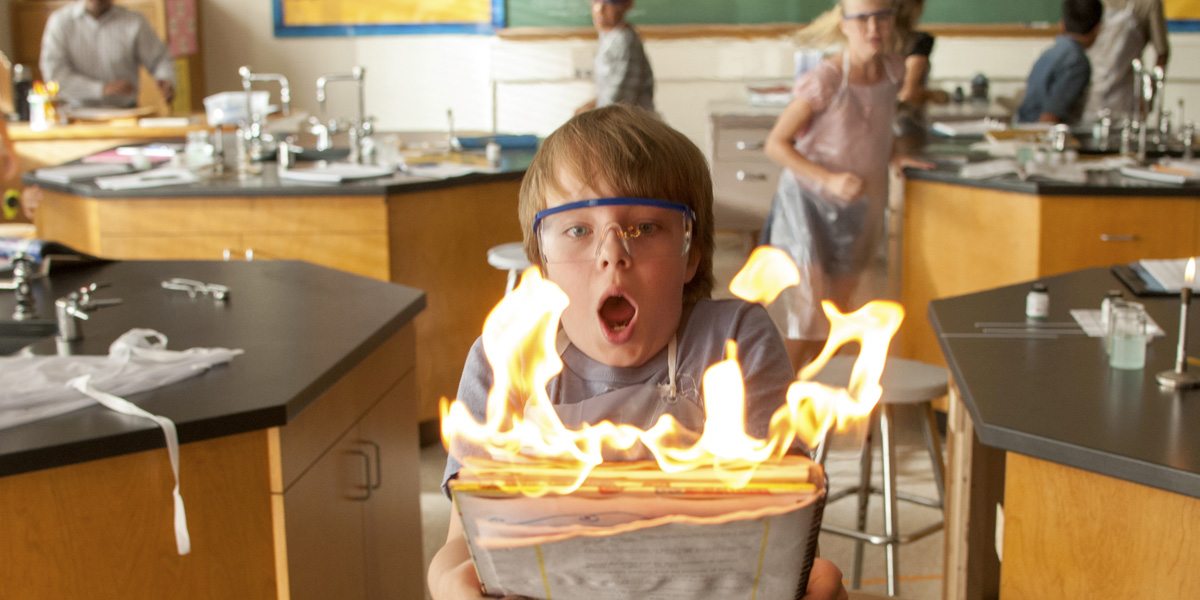