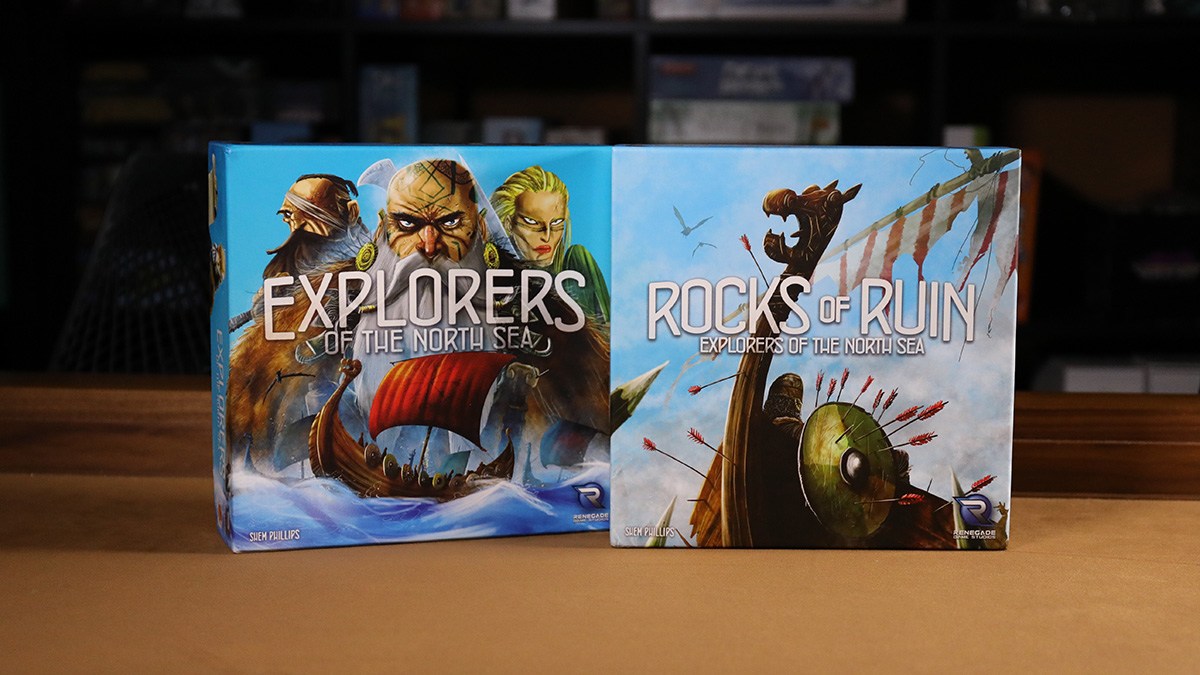 Vikings! Grab your gear, we’re going raiding again! Explorers of the North Sea gets an expansion in Rocks of Ruin, an add-on that allows for a fifth player while adding new and fun ways to score points and win. Onward to glory!

What Is Rocks of Ruin?

Rocks of Ruin is an expansion for Explorers of the North Sea, the final game in the North Sea trilogy. You’ll need the base game to play, but Rocks of Ruin adds the ability for you to now play games with five players and adds three new types of structures, ways to raid and loot them (of course), and the ability to salvage shipwrecks.

The quality, again, is all very good, and much of it you’ll be familiar with from Explorers. The tiles are the same size, of course, but have new art on some of them for the shipwrecks and fortresses, which are introduced in this expansion. The captain cards are also the same as Explorers, as are the purple player pieces. However, three new captains are introduced, with new ways to score at the end of the game… Here, the similarities start to diverge. The shipwreck tokens are the same size and shape as the enemy ship tokens in Explorers, but provide big benefits to the layer who claims them. On their backs are a variety of benefits. Fortress tokens are silver dollar large and pay a varying number of victory points, but might also carry the cost of a dead Viking. To Valhalla with you!

The mills, workshops, and barracks in corresponding player colors fit right into the game, a bit larger than the existing outpost wooden tokens and designed with roof decorations, evocative of medieval Scandinavian architecture. The dashboards are a nice addition. They are made of heavy cardboard and provide a home for your captain card, with a border around it for all your bits and pieces—and the loot you’ll find when exploring. On the reverse is a nice mural of the Mico’s amazing artwork. Finally, the scorepad is bigger, to accommodate the new scoring abilities.

I think that’s it…

Though it doesn’t mention it on the box, Rocks of Ruin includes another mini-expansion for The North Sea Runesaga, so you can play with five players. So if you have that expansion, you’re in luck. You get three new runestones, three inscription tokens, a clan board for the new purple player, and a small card with the rules. Nice!

How to Play Rocks of Ruin

Gameplay is very similar to Explorers of the North Sea, of course, and if you aren’t familiar with that game, you should take a look at our original review of that game. Still, Rocks of Ruin adds plenty of new play. The differences begin with setup. While much of it is the same, at the beginning players select a captain and place it on their dashboard, along with their new mill, workshop, and barrack tokens. Tiles are mixed in with those from the base set and you’re ready to play.

Like Explorers of the North Sea, each turn begins with placing tiles. But with Rocks of Ruin, players have a new choice in end-of-turn drawing. Three tiles are placed face-up and a player may choose from one of those or one from a face-down stack. If a player takes a face-up tile, it is replaced with one from the stack, which is turned so players can see the land and sea side. When a player draws a fortress or shipwreck tile, a corresponding token is blindly drawn and place, common side up on the tile. In addition to the standard actions in Explorers, there are three new actions that players can take on their turns. First, a player can salvage a shipwreck. To take this action, a player must have at least one Viking on the land where an unsalvaged shipwreck site. The player turns over the shipwreck token and places it on their dashboard on one of four spaces.

Shipwreck tokens may be used immediately and removed from a player’s dashboard once they are used. Shipwreck tokens provide the following benefits: timber, which is used to build a mill, workshop, or barracks; provisions, which give a player two additional actions on a turn; siege weapons, which allow a player to raid a settlement or fortress with one Viking less than is required (only one siege weapon allowed per raid); gold, which gives 3 victory points at the end of the game for each gold on the player’s dashboard.

Players may also build a structure – the mill, barrack, or workshop. These are a bit different than the outposts. A single viking must be present on the tile to build, they are not placed at the intersection of tiles. Rather, they are placed on the land mass of a single tile, which isn’t already touched by another structure or outpost belonging to any player. These structures require a timber resource token to be built, which should be discarded after use. While structures can be built on any land, including masses with fortresses or shipwrecks, they cannot be moved after being built.

The structures also serve a purpose for your raiding hordes. Mills allow you to deliver livestock, as if you had returned to the mainland. Workshops allow your Vikings to build outposts with a single Viking, rather than the previously required two. Lastly, barracks allow a player to move one additional Viking across land when taking the move Vikings action, as detailed in Explorers. At the end of the game, the mill and workshop count for one influence on a land, but the barracks count as two influence.

The last new action is to raid a fortress. These imposing strongholds require a raiding force of five Vikings, most of your force. Once the fifth Viking arrives, the fortress token is flipped and a number of victory points are won for the invading force. However, a fortress token may also involve the death of one or more Vikings. It’s a high risk for a big reward, but it’s also a way to lose Vikings for the end-of-game scoring.

In end-of-game scoring, gold counts for three, as mentioned, and fortresses award points based on banners. The rest of the scoring is the same, except when scoring influence on land. If a player has Vikings, outposts, or structures on a land mass that still is home to an unraided fortress, those tiles do not count for points. Once again, the person with the most points wins.

Why You Should Play Rocks of Ruin

Not many game trilogies are worth staying on board for the full ride. The North Sea trilogy is. While Shipwrights is a little wobbly, the rest of it is fantastic and the expansions are in lock-step with the games. The trilogy is fun to play, but it’s also one of the best-looking sets of games to make it to the table. The Mico’s art is gorgeous and it’s such a part of the game that it’s difficult to imagine any of the installments done in another style.

In my review of Explorers of the North Sea, I pointed out that there were many ways to score points, but some of those decisions were shaped by the tiles you drew. Now, with choices to make when drafting your tiles, you can shape your strategy a bit more with Rocks of Ruin. The exposed tiles also open the opportunity for players to hate draft, but I think in a game about Vikings, it makes plenty of sense. One might even say it’s on theme. 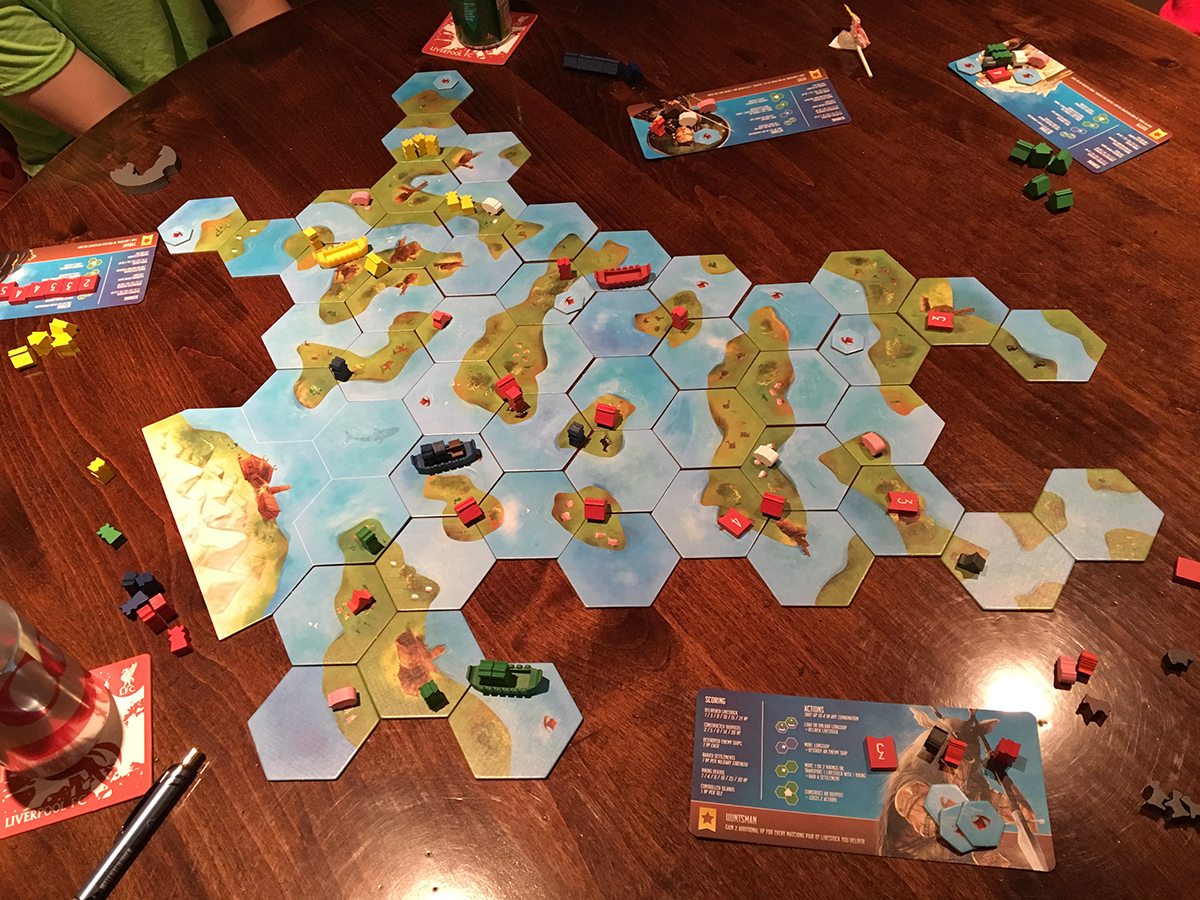 Another new element that can shape your strategy early on is the decision of which structures to build. Each building helps dictate your best choice for scoring points. That said, it’s a challenge to build more than a structure or two over the course of a game. Because there is a variety of shipwreck tokens, it’s possible that it’s a challenge to find the timber you need to build a structure. On the other hand, maybe you’ll just end up scoring enough gold, provisions, or siege weapons to force a change of strategy. Sometimes you just have to make due with what the sea provides.

Expansions don’t always change a game enough to make their purchase worthwhile, but Rocks of Ruin certainly does. With enough rules changes and additional ways to score, it’s almost like a whole new game. However, you really need to play with three or more people to make the expansion a good choice. My feeling is that, with two players, there’s not enough competition for resources or strategies. It’s my same complaint from Explorers and I’m happy to say that the addition of a fifth player makes the seas a bit more crowded and creates a more thrilling, competitive game. Rocks of Ruin makes a pretty good game even better.

Rocks of Ruin retails for $35.00 and is available now. 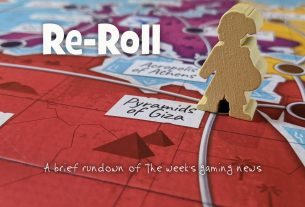 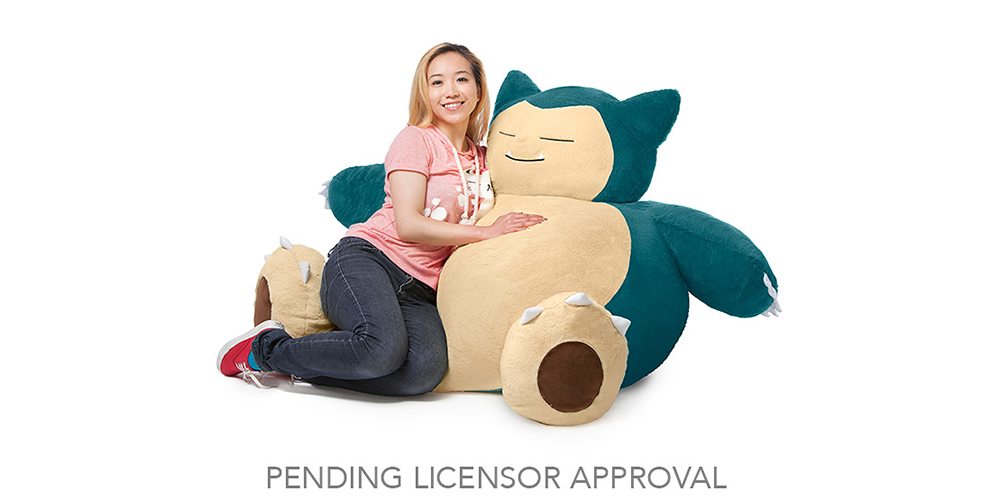