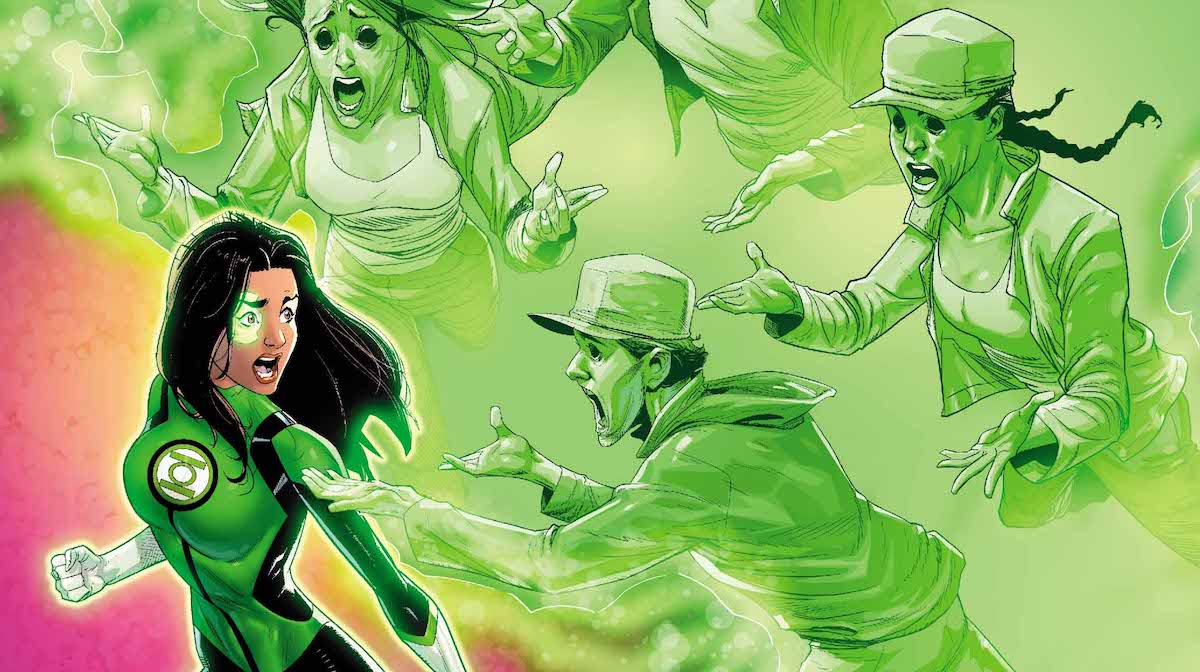 Corrina: Focus On Jessica’s Past Trauma

Ray: Green Lanterns #45 explores the key question raised in the last issue was – exactly what happened to Jessica Cruz that drove her into hiding for several years? We know that she and a group of her friends stumbled upon a pair of criminals burying a body in the woods, and the murderers then turned on her group of friends. She was the only survivor. But we don’t know who they were, or how she got away. Now, that repressed trauma has led her to accidentally create a massive black hole over her apartment, which she’s retreated inside. And at the same time, she’s caught reliving the most traumatic moments of her life courtesy of Singularity Jain. For the first time, we put some faces and facts to her friends, including her childhood best friend, who is now dating Jessica’s ex-boyfriend, and a dudebro mutual friend. More importantly, we see who Jessica was before her trauma – it’s clear she still had issues with anxiety, but she was a much more open person who loved nature and animals.

These segments dealing with Jessica’s past sort of feel like a slow march to doom, and the way the tension is raised throughout is very effective. However, as much is going on in the outside world, as the Justice League talks to Jessica’s sister to try to get some answers and interrogate Singularity Jain – who proceeds to be the most twisted new villain in the GL canon in years. Unsure if this is a natural or supernatural affair, since Jain’s very nature is up in the air, the League calls in an ally who Seeley is very experienced with writing – John Constantine. Constantine doesn’t seem like a natural fit for a Green Lantern book, but one of the best elements of this title has been how it slips out of the model of a traditional GL book pretty frequently. With Constantine setting it up, Simon is able to head inside Jessica’s mindspace and find out exactly what’s happened to her, but in the meantime he discovers what’s inside her ring, in a surprising twist that calls back to Jessica’s earliest stories. This is quickly becoming one of Seeley’s best arcs.

Corrina: Slow march to doom it may be but it’s a measure of how much I’ve come to love Jessica that I was riveted with every panel of her past. I only vaguely know her origin, as much of the whole latest Darkseid saga had me checking out as a reader, so much of this was new to me and I was glad to see a younger Jessica, with friends, and what her life was like before. It will certainly hurt a great deal when the tragedy happens.

The idea, I suspect, is to have Jessica work through this tragedy and, thus, have a better balance with her anxiety in the future. I’m not thrilled that she was taken in by Jain but since it was only her subconscious who wanted to reach out to Jain, that works, especially since Jain seems to be able to affect Wonder Woman too. Jain is a great villain but I suspect she might be one that, in the future, like Anarchy, is going to be hard for other creators to use properly. But that’s down the line. (And, yes, other writers are going to want to use this villain.)

What we have now is Jess working through her anxiety, trapped by it, hoping to maintain control, while Simon is the only person who can help her back to herself. As Ray said, this is possibly Seeley’s best arc on the title. 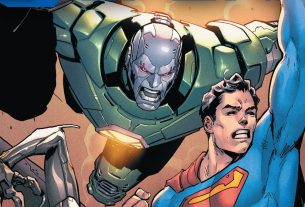