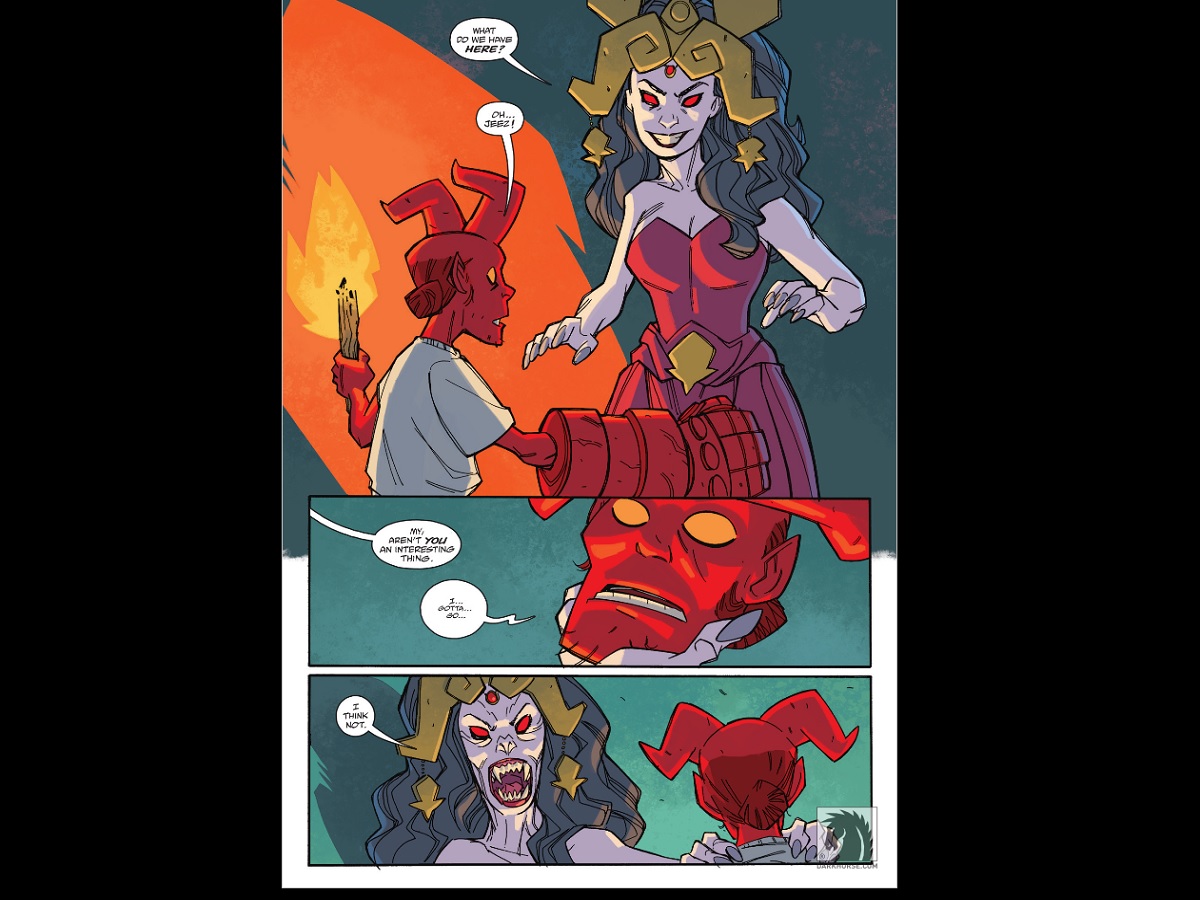 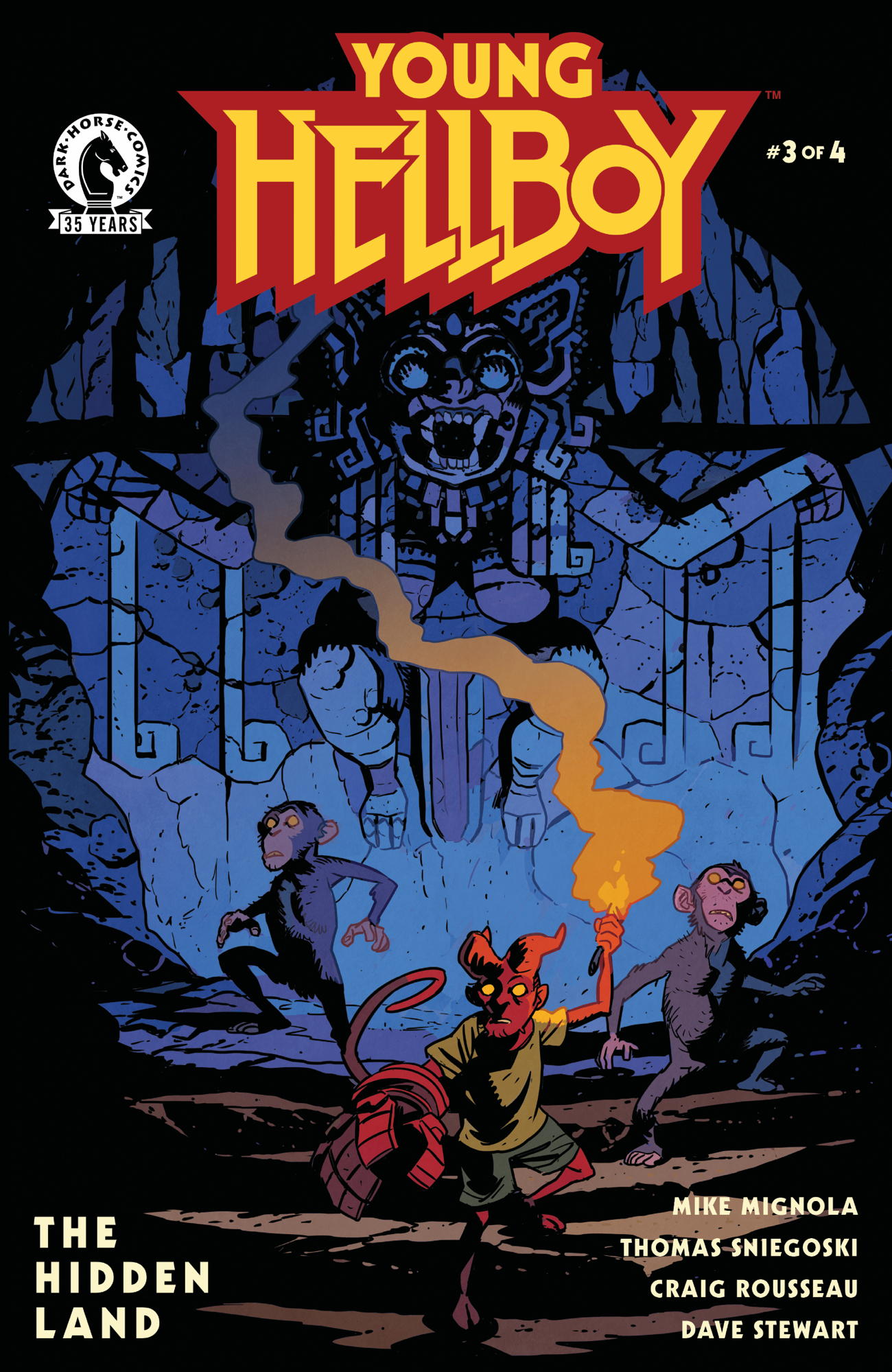 Young Hellboy has made new friends on this strange island, the Ohnar people.

Currently, while professor Bruttenholm is trying to figure out a way to escape (by going to the forbidden temple, as one does), the kid is trying to teach his new friends the popular game “rock, paper scissors….”

But Hellboy and the Professor are not alone anymore. Right now, they’re being escorted by Scarlett, the Sky Devil, and they are all in danger. 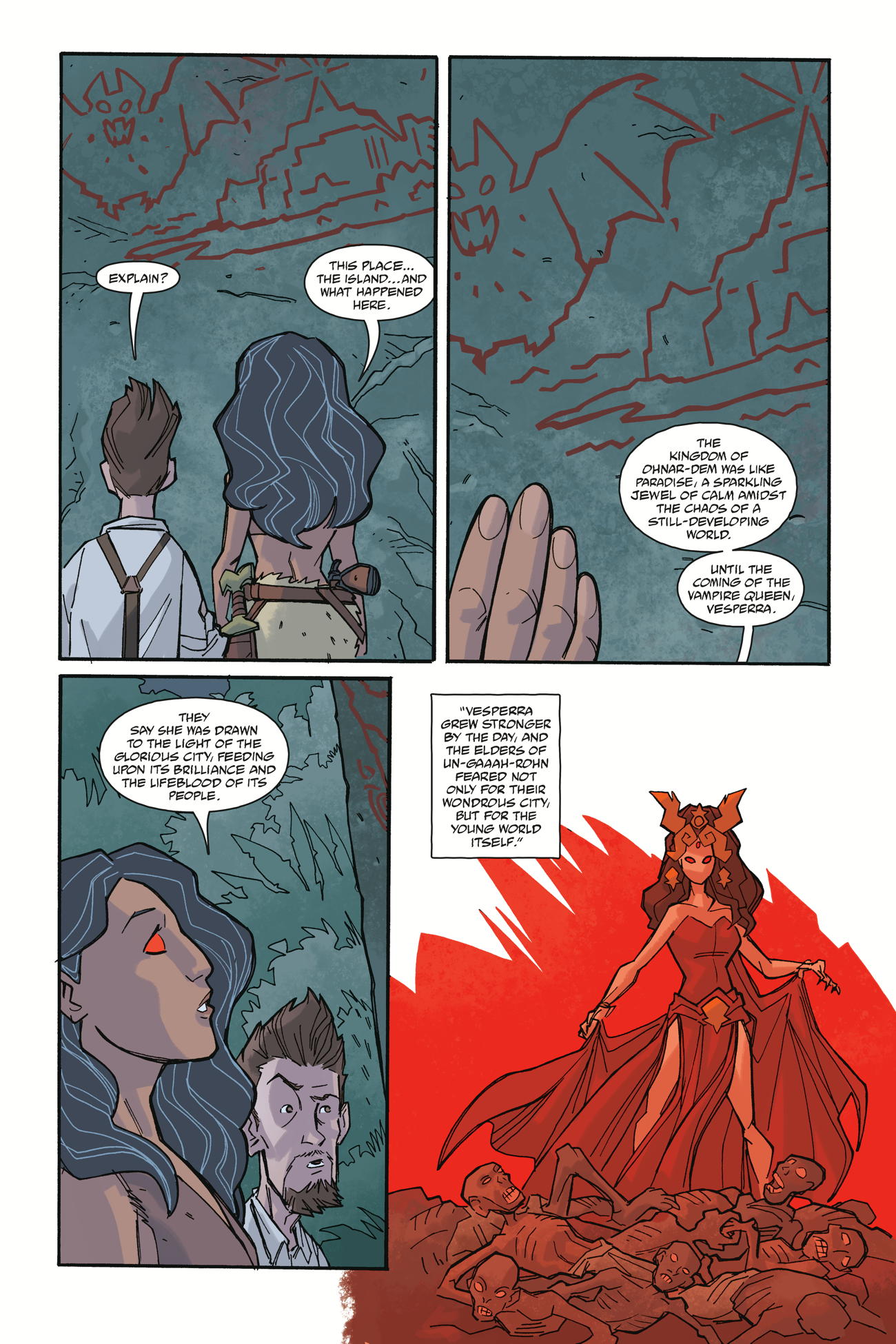 The vampire Vesperra has awoken from a thousand years’ sleep. From what I was able to gather, the ancient inhabitants of the island had managed not only to lock her up in the temple, but also had figured out a way to send her to an alternate dimension as well.

Now, with the powers bestowed to Scarlett by the Ohnar people, the fight is on!

Remember, the Ohnar-den really have fought hard against Vesperra, and they want her guardian to vanquish her. But, will she be able to defeat this vampire, or will she perish trying? 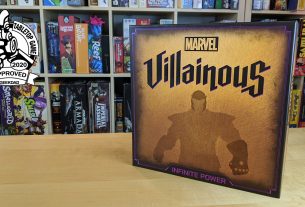 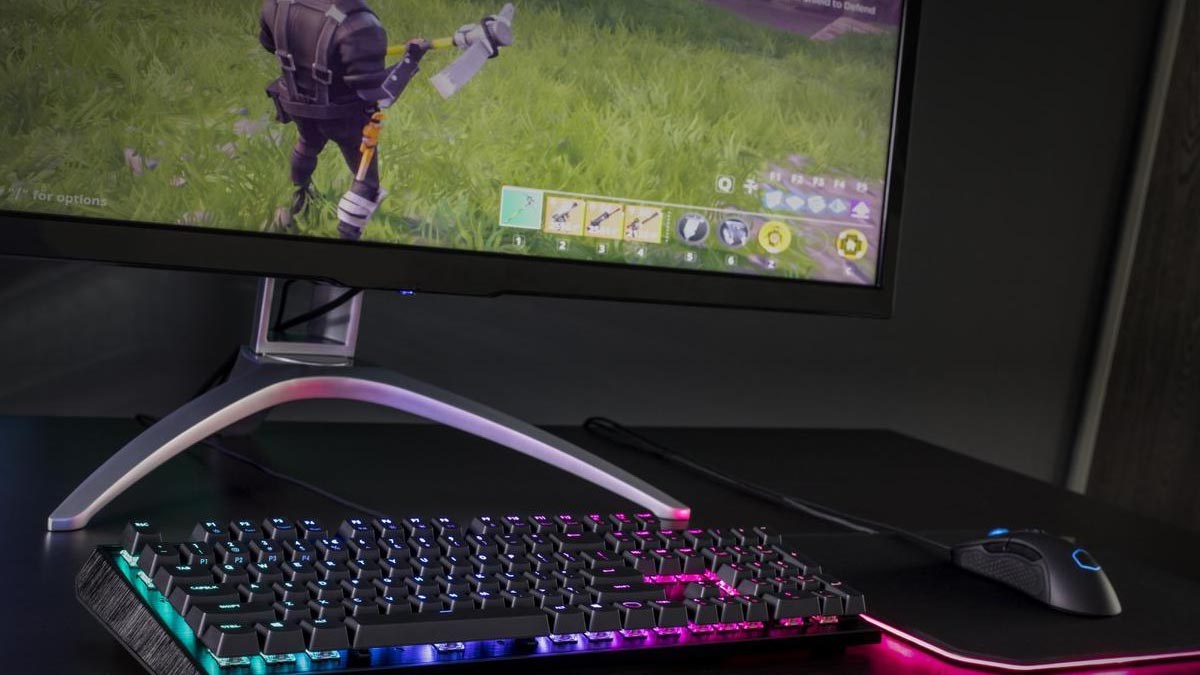