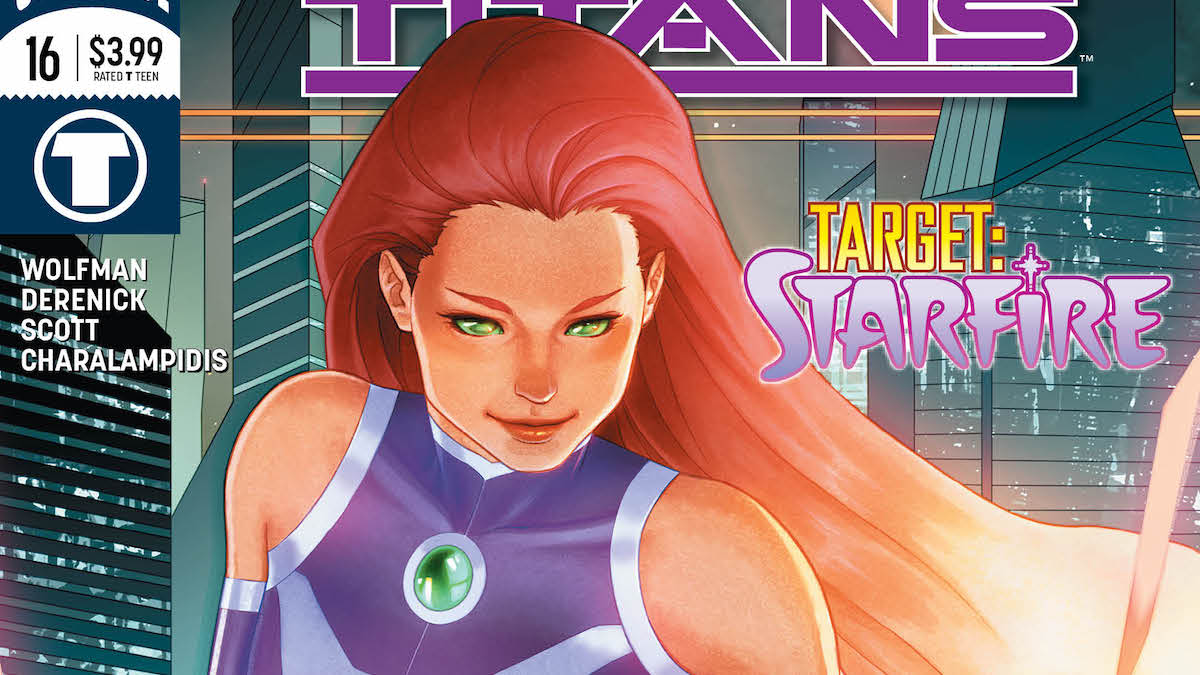 Ray: In the aftermath of “Super-Sons of Tomorrow,” Ben Percy continues his brief vacation from Teen Titans as Marv Wolfman takes over for a done-in-one story in Teen Titans #16. Much like his miniseries this week focusing on Raven, this issue is a spotlight for one of Wolfman’s original characters – Starfire. Unfortunately, unlike the Raven miniseries, this issue doesn’t really seem to have a strong core in mind for its central character, instead manufacturing a conflict that doesn’t really work. Wolfman does actually address the elephant in the room here – Starfire’s presence on the Teen Titans doesn’t really work. Due to various retcons and reboots, she’s the only adult member, while her former peers Raven and Beast Boy are teenagers again. That’s what kicks off the issue, as a misunderstanding leaves Starfire feeling excluded by her teammates.

This is really just a way to get her off on her own, though, so she can get pulled into a battle with the Psions. These vicious reptilian aliens have a long and nasty history with the Titans and with Starfire in particular, but their MO is fairly generic – possessing people with nanite technology that turns them into attacking cyborgs, and then torture their captives. I do think Wolfman has a pretty good grasp on Starfire as a whole – while she can be fairly brutal when dealing with her villains, she’s unfailingly dedicated to preserving innocent life, even when that life is currently being used in the service of an enemy and is threatening her. This is how you effectively do a hero who doesn’t have a traditional code against killing. Unfortunately, the team dynamic doesn’t quite work, and the resolution between Starfire and her teammates feels like it belongs in an after-school special. There’s some potential, but the story ultimately falls flat.

Corrina: I liked this much more than Ray but, then, I just flat-out enjoyed Starfire being allowed to cut loose and I grinned at her use of “X-Hal.” While I enjoyed the short-lived Starfire series on its own terms, it did play more toward comedy, using Kory as a fish out of water, so to speak. This Starfire is classic Starfire by her creator, a fierce warrior, the one who wears her emotions on her sleeves, but also present is her intelligence, especially in switching up her fighting styles.

Do the scenes where Beast Boy and Raven seem to snub Kory fall a bit flat? Yes, they do, though perhaps that’s because both characters have been oddly de-aged by Rebirth, whereas Kory stayed her original age. Still, it’s also good to see the Titans be friends with each other, a vibe that’s been missing for a while.

So, yeah, this issue brought a smile to my face. 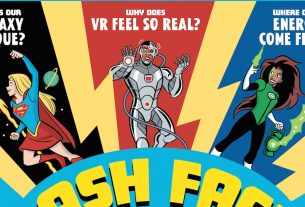 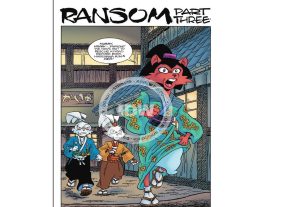