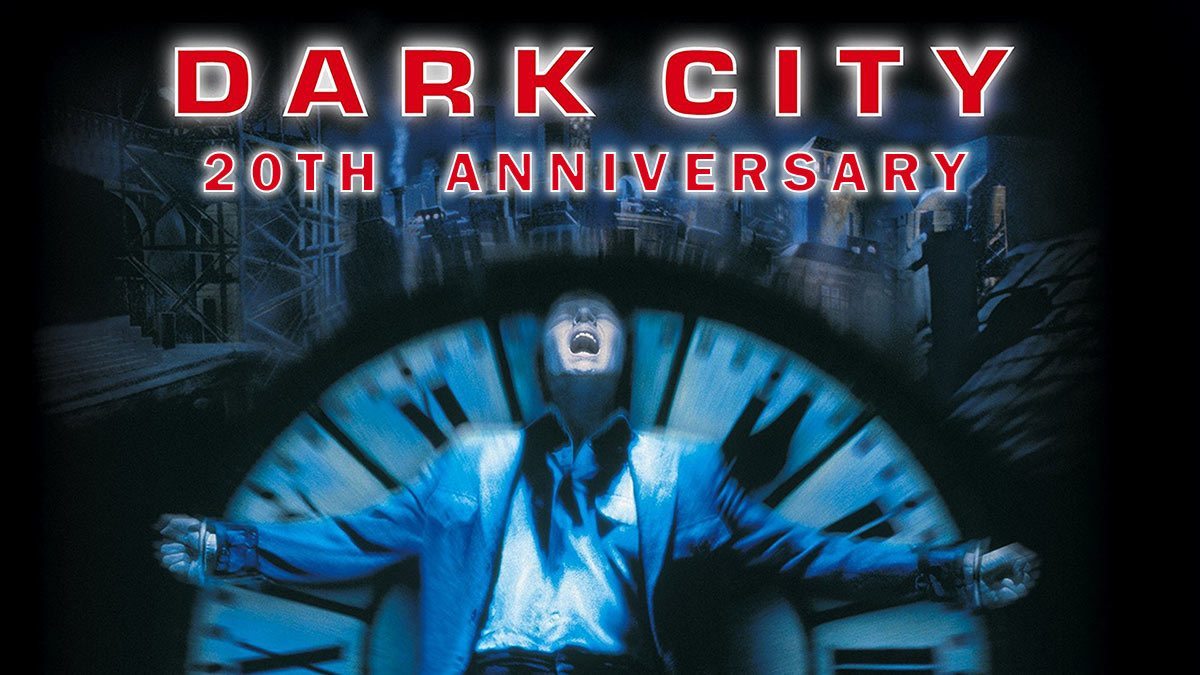 When The Crow was released in theaters, many saw it for a controversial reason. Brandon Lee (son of Kung Fu legend, Bruce Lee) died during production. While commercial success can be attributed to this horrifying reason, the atmosphere and mythology of the film are what made it timeless. Much of the credit for that longevity goes to director Alex Proyas.

Following the success of The Crow, Alex had the momentum to create Dark City, an ambitious project conceived of in his film school days. The result was less well-received commercially than The Crow.

What stands out most about Dark City is the visual style. While the story is set around what appears to be his own homicidal act, the hero unravels a murder in the film noir style like The Maltese Falcon. Set and costume designers borrowed elements from the ’40s, ’50s, and ’60s, yet ensured that it was never clear in which decade the story is set. In the story, everything from the buildings to the outfits and even nostalgic trinkets are built by “The Strangers” using only memories of the city’s inhabitants.

The fusion of science fiction and horror was a conscious effort by Proyas. He enlisted David Goyer (who wrote the Blade trilogy and later the Christopher Nolan’s Batman films) to add his touch. Classic ’50s TV shows that fused the genres are also cited as influences. The Twilight Zone often featured stories with circumstances getting weirder throughout the plot.

The Strangers themselves are walking dead, so their visual style is reminiscent of Nosferatu. A key villain in the movie was creatively influenced by the creepy, ghoul-like Riff Raff from The Rocky Horror Picture Show. The same actor, Richard O’Brien, was even cast in the role to complete the character.

Much of the visual style was inspired by Henry Bumstead, an art director on classic films set in the ’40s and ’50s including The Sting and Vertigo. The sets take inspiration from early 20th century architecture: gothic, dirty, and lonely. He’s paid homage as Detective Bumstead in the story is played by William Hurt.

The only light is artificial as the story appears to take place at night. The gloom doesn’t just paint the mood, but becomes a part of the plot as we learn why it is always dark. Massive buildings were built on set along with streets and flooded canals. Almost all of the effects are low-tech and practical, making Dark City possibly one of the last sci-fi films of its kind.

Kiefer Sutherland’s doctor was named for Daniel Paul Schreber who wrote the influential book on psychiatry and psychoanalysis, Memoirs of My Nervous Illness. His autobiographical account of schizophrenia is made into a tool of Keifer’s Dr. Schreber, who literally gives inhabitants of Dark City different personalities from one day to the next.

Dark City also has one of my favorite performances from Kiefer Sutherland. Viewers I’ve spoken with are divided as to whether it is good or bad, but I’ve always appreciated how he appears to channel the unique style of his father, Donald Sutherland. The nervous, raspy voice, visual scarring, and walking limp paint the picture of a man who has himself been a victim of early, less benign experimentation. He makes a perfect mentor for John Murdoch’s later training.

The films of Alex Proyas have a certain recognizable visual style. However, I’ve found that his movies often include an element of supernatural interference driving the plot. The Crow brings a murder victim back to life in order to take revenge. Gods of Egypt sees humans suffer as the gods fight. Even I, Robot uses androids to question the very nature of a soul.

Characters in Dark City accept the reality they are presented, even though it has been manufactured by an alien race. The Strangers conduct experiments to understand what drives humans. It challenges the nature vs. nurture concept of development. In the process of manipulating memories, they change who we become, but cannot change the potential of who we can be.

Alex Proyas summarized it as such in the Director’s Cut commentary, “I believe that we have a spirit or a soul, whatever you want to call it, and that that’s who we really are. Our experiences and our past are really not what makes us who we are.”

The hero goes before The Strangers and he is taken down below the city to a literal underworld. By the end, the hero realizes his full potential and turns the alien hell into his own personal heaven.

Even more astounding than the seamless fusion of influenced visual styles and practical effects is the reciprocal influence Dark City had on film making. Just the next year, The Matrix entered the theaters donning much of the same philosophy, visual style, and even some of the same sets. Where Dark City was the pinnacle use of practical effects, The Matrix rewrote the book on computer generated effects.

Piecing together one’s memory was also a theme seen in Memento, an early film by Christopher Nolan. David Goyer later worked on Nolan’s Dark Knight trilogy. The influence of the dark and lonely metropolis could also be seen in the Gotham city of Batman Begins. 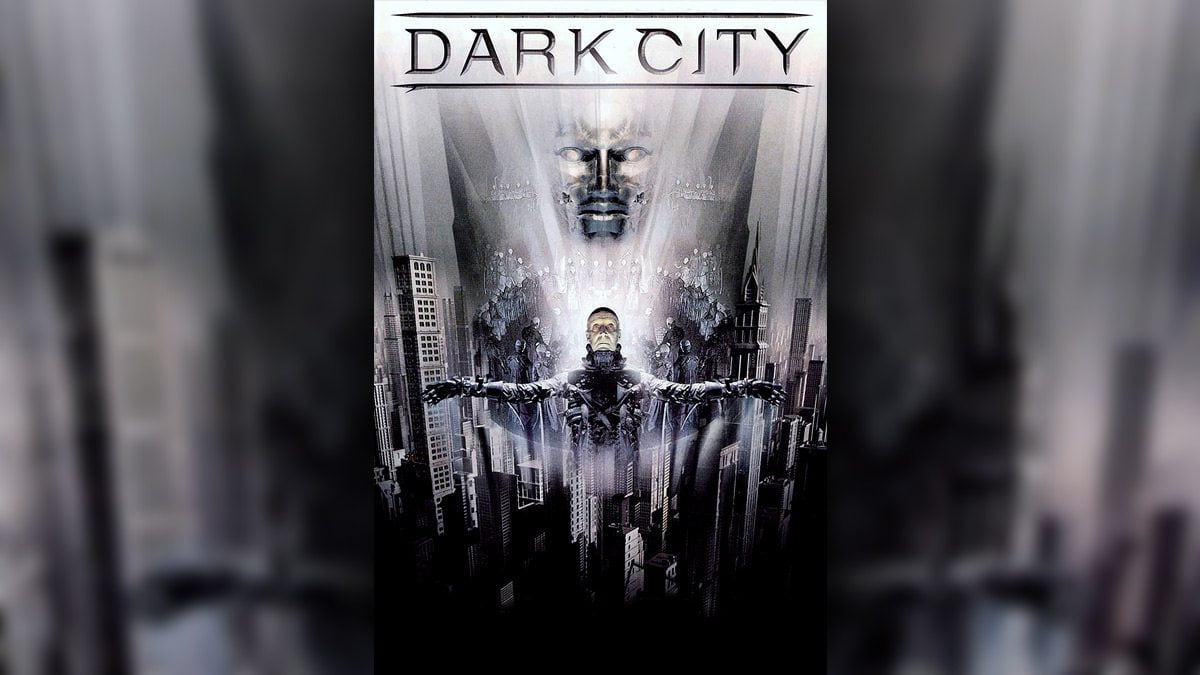 Dark City: The Director’s Cut (released on DVD and Blu-ray for the tenth anniversary) is a far superior version of the film, although the changes are subtle. There are a few additional scenes, but what makes the film more effective is that that the voice-over at the beginning of the film is removed. This leaves the audience lost as to what’s happening so we can learn the details of this unusual world alongside the hero.

Director Alex Proyas also added a few computer generated effects in order to tweak the “tuning” effect and make it more subtle. However, Dark City will stand as one of the last great hurrahs for practical effects.

Dark City can be found on Blu-ray at Amazon.com and includes the original theatrical version and the superior Director’s Cut for under $10. The original cut is also available on iTunes.

Get Inspired — Geeks on a Mission 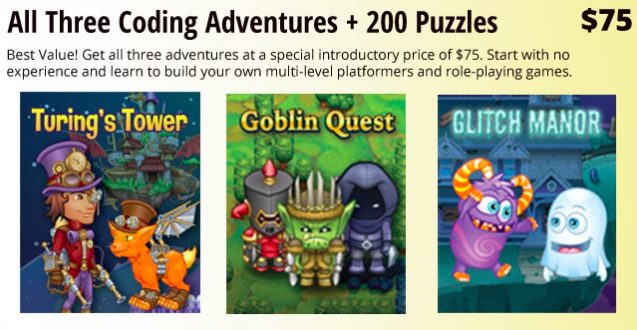