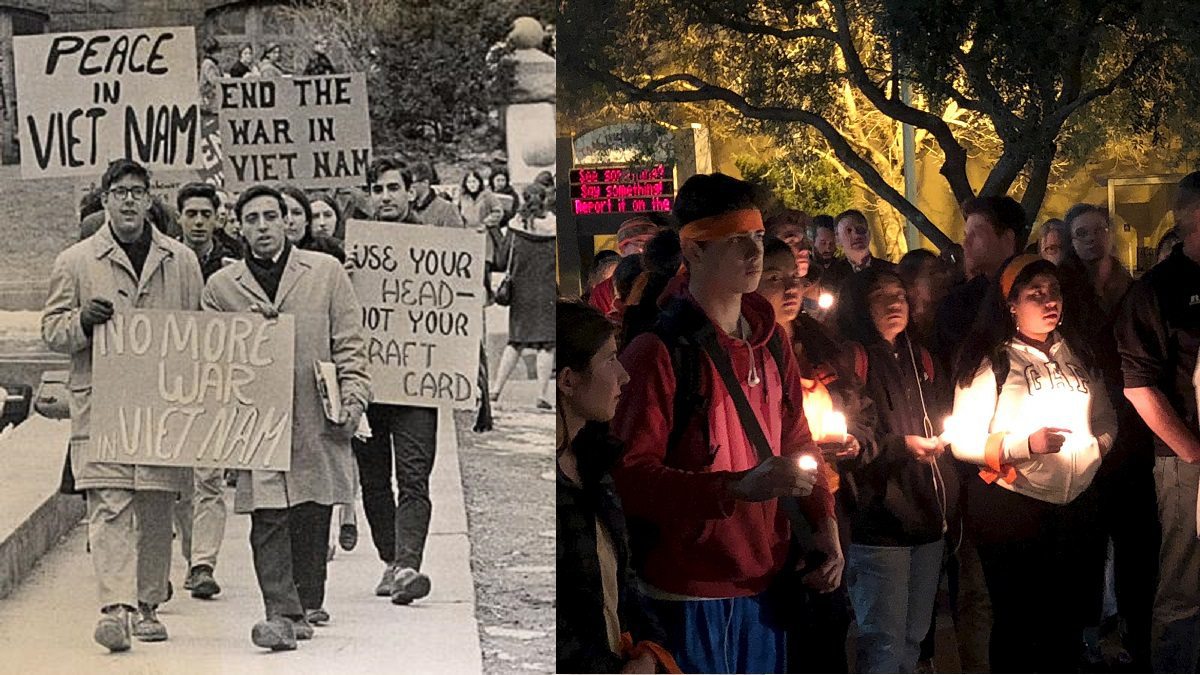 I want to start out by saying that I’m not starting a political argument. This article isn’t about policies or positions. It’s about attitude and age.

You’ve probably seen the news about the Florida high school students who have started a protest movement over gun control in the weeks following a mass shooting at their school. They’re angry and determined and have put their Debate Team skills to practical use, and detractors say, “What do they know? They’re just kids! Somebody must be paying them, organizing them. They couldn’t do this on their own.”

Then last week I was watching Drunk History. Last week’s episode happened to be about Civil Rights, and one of the segments focused on the Birmingham Children’s Crusade. If you’ve ever watched Drunk History, you’ll know that link there is Not Safe For School, so I’ll sum up: seventh grader Gwendolyn Sanders notices her segregated school is definitely not equal, and when the adults in Birmingham back out of Dr. King’s protest organizing for fear of retaliation and escalating violence, Gwendolyn and her friends volunteer to stage their own protest, a kid-led protest: a school walkout. When news crews capture footage of kids being arrested, knocked down, and attacked by police dogs, the rest of the country finally wakes up and listens for a bit.

I turned off Drunk History and turned on Twitter, to be immediately bombarded by tweets about the Parkland students organizing protests and school walkouts.

Remember the other week, when I wrote about Mrs Who’s use of quotations to verbalize, and I said my brain does the same, but first and foremost with song lyrics? It was at that moment my brain chose to verbalize my feelings through Graham Nash. “…Won’t you please come to Chicago just to sing,” he sang in my brain, over the chaos. It’s a nearly fifty-year-old song. It’s a guy in his twenties singing plaintively that “We can change the world, rearrange the world,” if we only stand up and speak up. Fifty years ago. But just as applicable today.

Every generation of young people thinks they can change the world. And then they grow up. And has the world changed?

When people talk about “teenage rebellion,” the stereotype is a young punk breaking their curfew to party, sassing their elders, swimming in sex and drugs. This is the complete opposite of teenage me, a shy goody-goody who had no need to rebel against the rules of her parents, since her parents were cool and had way more friends than she did. But I, too, knew teenage rebellion. It’s an inevitable part of the experience of being halfway between childhood and adulthood. It isn’t about being bad, it’s about questioning the status quo.

“You’ll understand some day,” the world told me.

“But why?” I embraced the protest songs of my parents’ generation, those songs that asked the same questions I did, that not only questioned, but insisted that we CAN make it happen, as another of my favorite protest songs, curiously also Chicago but a band instead of a title, proclaimed again and again. After awhile, I noticed the irony, that the songs were thirty years old and still seemed timely. Yeah, great job there, Baby Boomers. So much for changing the world.

I had a similar feeling when Disturbed covered “Land of Confusion” in the mid-aughts, a song Genesis had written in the mid-’80s. Why is this song claiming that “my generation will put it right” still perfectly relevant a generation later? Great job there, Generation X.

“Oh, everyone’s a liberal when they’re young,” my mother-in-law told me once. “You’ll grow up, get some money and a place of your own, and then you’ll know better.”

Do I? I’m not so sure. Not when I still keep getting protest songs stuck in my head whenever I read the news.

Funny choice of words, “grow up.” It reminds me of the slur I had directed at me most often in my childhood, and, you know, after that: “cry-baby.” I was oversensitive, so I cried easily, so that must be a sign of immaturity, of perpetual babyhood. Never mind why I was crying. I cried when I was the only one who could see the injustice in a situation. I cried because I didn’t find rude jokes or schadenfreude funny. I cried when people misunderstood each other, and I could see that they would even totally like each other if they’d only stop and listen and try. I cried because I could see what was wrong, and nobody listened to me. Part of me knew this word, “cry-baby,” was a further injustice, but I internalized it anyway. Okay, so I guess I am a baby. Everyone says so.

But sometimes I think of Robert Fulghum’s “All I Really Need to Know I Learned in Kindergarten.” I’m surrounded by grownups who still haven’t learned these skills we expect people to master in early childhood. And yet, because I’m quiet and gentle and idealistic, I’m the one who needs to grow up? Because I don’t understand that petty self-centered-ness, insisting one is right in the face of contradictory evidence, violence and name-calling and the hoarding of metaphorical block towers, is just “the way of the world”?

I’m not saying I don’t have room to grow, but I am growing. I’ve spent nearly 40 years listening and learning and I’m still at it, and sometimes I’m not sure the people telling me to grow up are. Could it be I’ve been listening to them too long? Could it be that being a grownup means standing up for what you knew was right all along, against the people who tell you, “What do you know? YOU’RE just a kid.”

So maybe we, as former rebellious teenagers, can understand now that change is harder than it looks at first. Maybe we know now that we have to keep our expectations realistic. But we do not have to accept that “the way of the world” is really the only way to be. It’s just that it’s easier to, and we’ve become complacent.

I think this is why I’ve always loved YA literature, particularly the teens-save-the-world genres. Teens are still full of hope and fire and drive. They haven’t given up yet. They still believe they really can save the world.

I think the only reason we haven’t yet is that too many of those teenage rebels give up by the time they actually have the power and resources to do it.

And sure, schools are still generally unequal in the funding and resources they can access, and racism is still entrenched in our culture, but schools are no longer segregated. Those kids in Birmingham did change the world, a little bit. Just because we have far to go doesn’t mean that each small step is useless.

The fate of the world shouldn’t be in the hands of teenagers. But we need to let their drive remind us that we, too, once felt that we could change the world, and if enough of us grownups can feel that teenage rebellion again, maybe this time we can actually accomplish it.

*I’m allowed to say this, because I am an insanely big Beatlemaniac and am therefore more familiar with John Lennon than the average person. “Imagine” is overrated. THERE, I SAID IT. John’s greatest solo song is “(Just Like) Starting Over,” which, okay, is not quite so idealistic and philosophical, but it’s musically far more interesting and the lyrics don’t sound like they’re trying so hard to make their point.

Click through to read all of “Teenage Rebellion and Adult Disillusionment” at GeekMom.

Are High-Tech Prosthetics an Unfair Advantage? 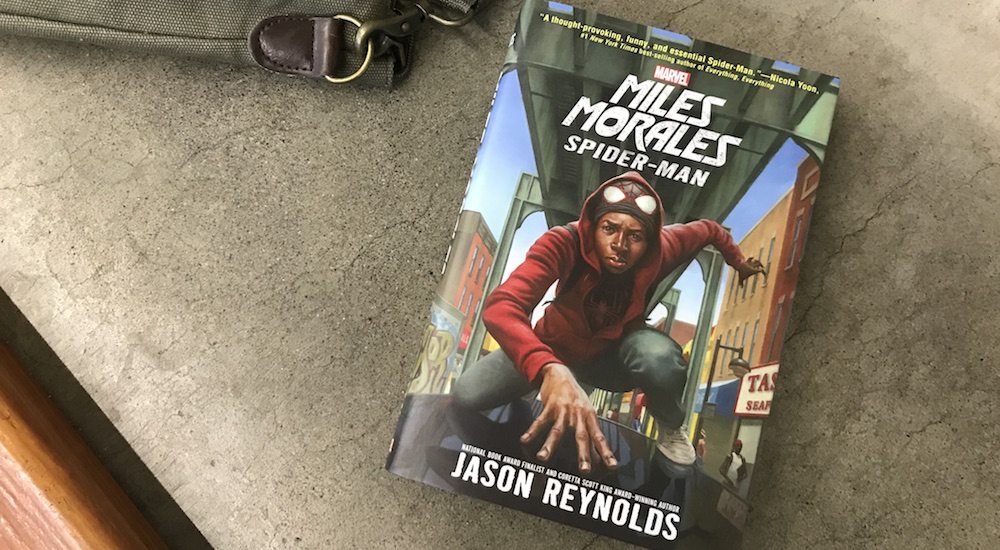 Meet Miles Morales, Spider-Man in This Compelling New YA Novel 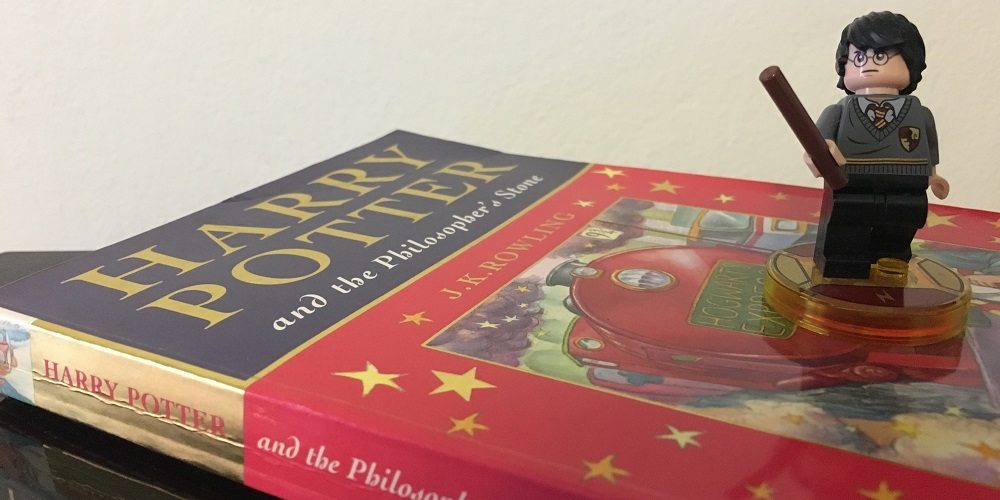 20 Years of Harry Potter: Could You Do It All Again?