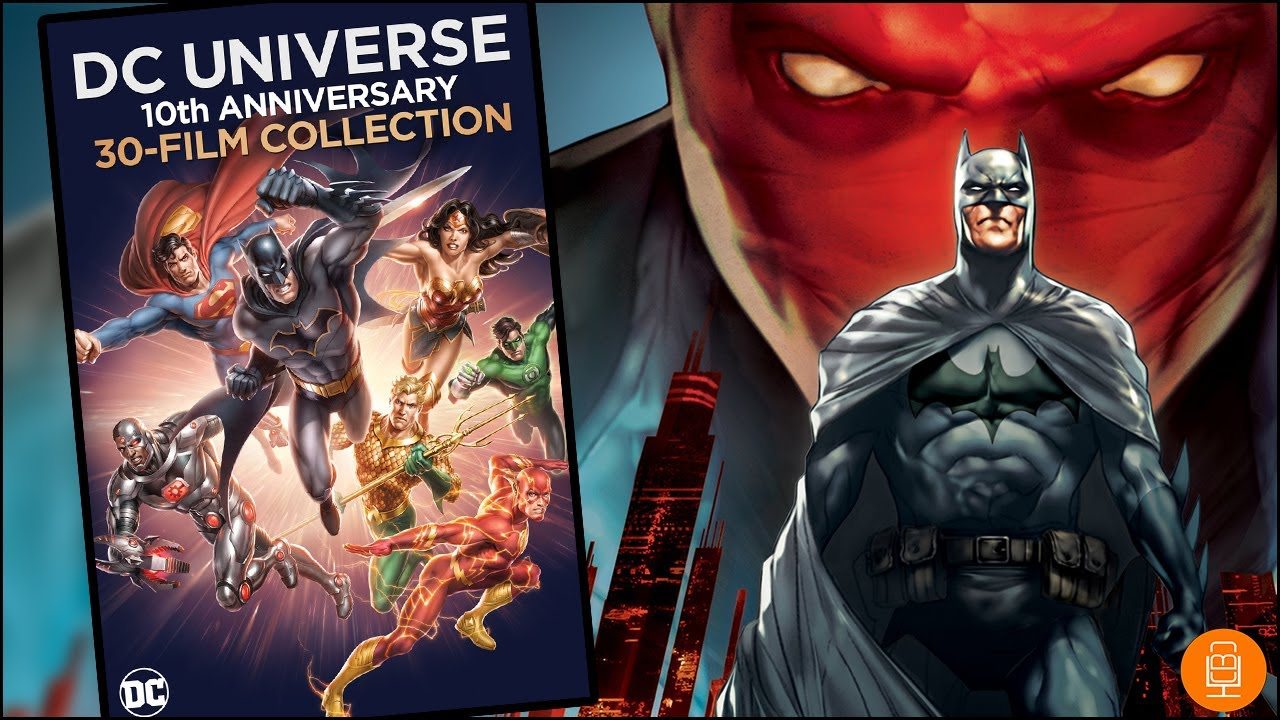 Some of the talent, both from production and acting, from the animated movies in the new DC Universe 10th Anniversary Box Set gathered at New York Comic Con for a press roundtable Thursday before their panel. That included Producers Bruce Timm and James Tucker, producers/writers Alan Burnett and Jim Krieg, actors Jason O’Mara (Batman) and Vanessa Marshall (Wonder Woman).

And while they were pleased to talk about their accomplishments–and the occasional controversy, such as the added content to Batman: The Killing Joke–the producers (save for Burnett, who is retiring) were also looking toward the future while O’Mara and Marshall talked about how they approached their iconic roles.

Producer Tucker said he’s interested in the recent All-Star Batman starring which paired Batman and Two-Face, and he pulled from Batman’s history by mentioning the landmark Steve Engelhart/Marshall Rogers run, which included the story that was the inspiration for “The Laughing Fish” episode of Batman: The Animated Series.

Tucker said he’d love to do a period piece, such as Justice Society of America, with a flashback to their adventures being in the DC Animated continuity that’s been developed over the last few years.

Krieg, the lead story editor, said fans should always post about what they want to see, as that has an impact on choices. “We’ve had to do the most obvious ones and now that we know the movies sell, we can delve into the more obscure characters.” He said characters such as Black Canary and Vixen were exactly the types of characters they would like to push, said there would be more diversity going forward. (I will publicly go down right here as being in favor of a Birds of Prey movie.)

Timm said that the concept of adapting a Vertigo properly, such as Sandman, comes up often but “the challenge of Vertigo is that they’re not traditional acting stories.” He also said a popular fan request, Kingdom Come, will not be happening. “It’s [Alex Ross’s art] just not in the scope of what we can do. If we did an animated version, it wouldn’t be Ross’s art and without that, the story loses a great deal.’

Timm also looked back on what had been accomplished, saying he was somewhat dissatisfied with DC: The New Frontier, adapted from the story by the late, great Darwyn Cooke, “We had too much story in too small a space. I wish I had a do-over.”

When asked about the controversial and badly reviewed prologue to Batman: The Killing Joke, Timm said the idea behind the prologue was to both lengthen the movie, as the original story was too short, and focus on why Barbara retired from being Batgirl. He acknowledged that the execution was not always well received, as he mentions in the clip below. (Apologies for the sound quality.)

The voice actors, O’Mara and Marshall, talked about the inevitable challenges of becoming characters who have already made indelible impressions, especially when portrayed by other actors, either voice or live-action. O’Mara acknowledged that Kevin Conroy is a hard act to follow.

Marshall said she’d loved Wonder Woman since she was a young girl. “I had the underoos,” she said with a smile. “But I never imagined I’d be Wonder Woman.” Marshall said the role came about at a perfect time in her life. “I’d been on somewhat of a spiritual journey of my own, so doing this was a real dream come true and I wanted to live up to the spirit of Wonder Woman.”

She said she viewed the Amazon princess as a role model for all women. “There are aspects of Wonder Woman’s personality that exist in every woman, and we can look at these parts of ourselves on film.” That, she says, inspires women to live up to those parts of themselves.

Want to start with the DC Animated movies or delve deeper into them? Then the entire history of them can be had in
The DC Universe Original Movies: 10th Anniversary Collection Blu-ray. The box set is limited to 20,000, and each box will be individually numbered. It will cost, however, with the price at  $299.99 retail. It is now available for pre-order.

The DC Universe movies were launched in 2007 with Superman Doomsday. The box will include all 30 films, including the newly released commemorative edition of Wonder Woman and the adaptation of the late Darwyn Cooke’s masterpiece,  Justice League: The New Frontier. The 32-disc box set will also include all 5 “DC Showcase” animated shorts – The Spectre, Green Arrow, Jonah Hex, Catwoman and Superman/Shazam: The Return of Black Adam.

The 30 movies included are:

Top 25 Doctor Who T-Shirts at GallifreyOne