Note: This is a repost of a list that ran last fall.

Labor Day weekend gives you three glorious days to relax and celebrate the end of the summer and honor the contributions that labor has made to help build America and make it great (the first time). So we thought it would be a good idea to recognize the holiday with some worker placement games that will make you appreciate the fruits of hard labor (and are great for the whole family). One of the best things about worker placement games is that there’s always something to do, so players feel engaged and no one ever really feels out of the game. So let’s get down to, erm, work and take a look!

Stone Age is a beautiful game that challenges players to take control of tribes and race to see who will become the most powerful chief. It was during the stone age that man began to really discover and use agriculture. In the game, players will grow food, create tools, build huts, and trade with other tribes. Use your ingenuity to gather more resources, build bigger structures, grow more food, and end up with the strongest tribe. Stone Age is also available in a more simplified format, called My First Stone Age, appropriate for kids age 5 and older. 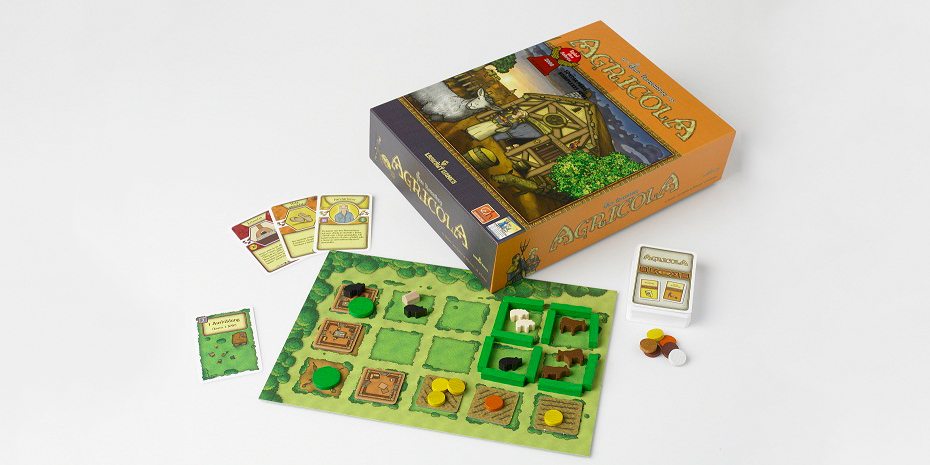 Because the harvest will be coming in soon: Agricola

Agricola is one of the classic worker placement games and for good reason. In this Uwe Rosenberg agrarian game, you play as a family trying to make it in a rustic, provincial setting. Life is tough and to make it your whole family will have to pitch in. You’ll plow fields, cultivate vegetables, and raise animals, all while building your farm while trying to raise a family. You’ll have to make hard choices and feeding your household is always at the back of your mind. (Just like real life!) The game has won dozens of awards and is a must-have for any serious gamer. Agricola also has been released in a two-player variation, Agricola: All Creatures Big and Small, and will soon be released in an easier, more family friendly version, Agricola: Family Edition. 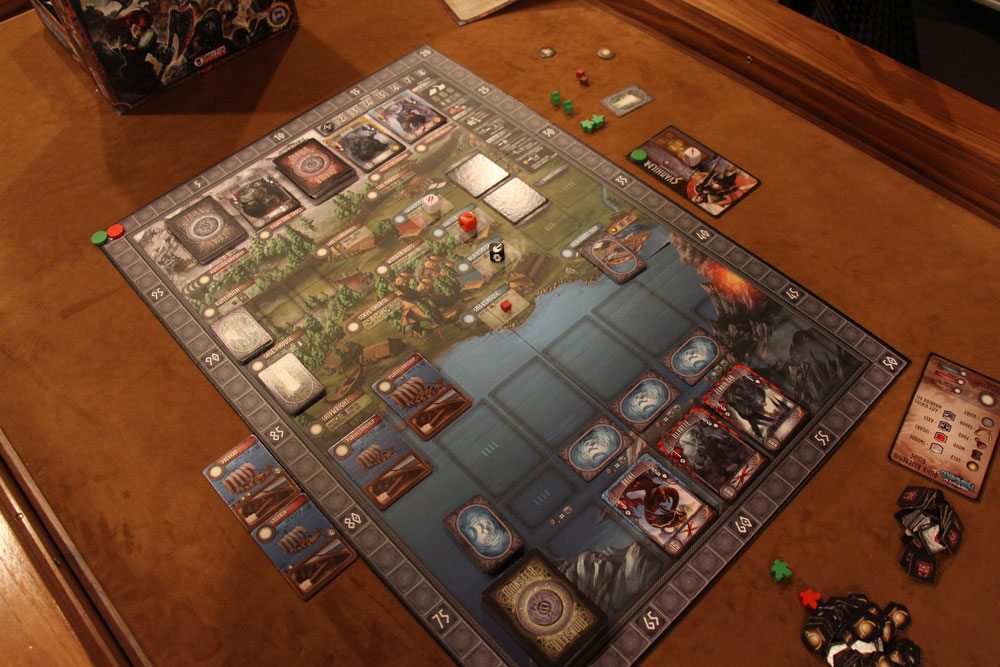 The jarl has fallen and, in his absence, monsters strike out at villagers and merchants. The people need a hero. Are you worthy? In this Viking worker placement game, which has a rock solid theme, players fight off trolls, hunt and collect food for their village, carve runes, and sail off to fight distant monsters and earn glory. The combat is pretty fun and much of your fate is sealed by rolling the dice, so pray the gods look upon you favorably. It’s easy to learn, but tough to master, and one of our favorite worker placements of the past couple of years. GeekDad reviewed Champions of Midgard last year. 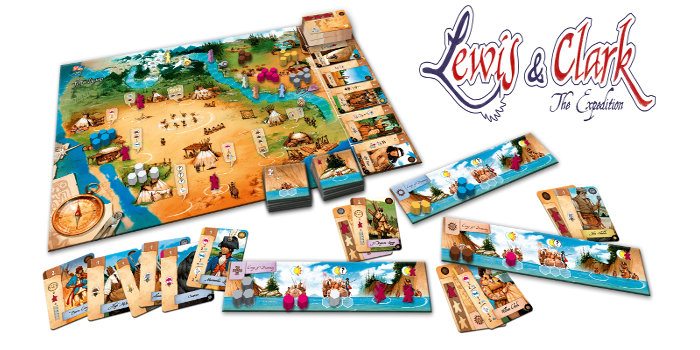 We may as well learn something while we’re playing: Lewis & Clark

We loved this game when it came out in 2013. Not only was it stunningly gorgeous, with watercolor-like artwork, but the gameplay was incredibly fun too. As part of Lewis & Clark’s expedition, you’ll try to be first to find the route to the western ocean. Along the way, you’ll depend on help you’ll receive from the Native Americans and trappers you meet. Travel up rivers and climb mountains before your Corps of Discovery will reach the Pacific. It has a great hand mechanic that uses characters to enable your movement and actions. Each character is based on an actual person who interacted with the Corps of Discovery on their westward expedition and in the back of the rulebook, each of these characters has a bio so you can learn about them. Lewis & Clark: The Expedition was followed by an equally wonderful worker placement game, Discoveries, The Journals of Lewis & Clark, which GeekDad reviewed. 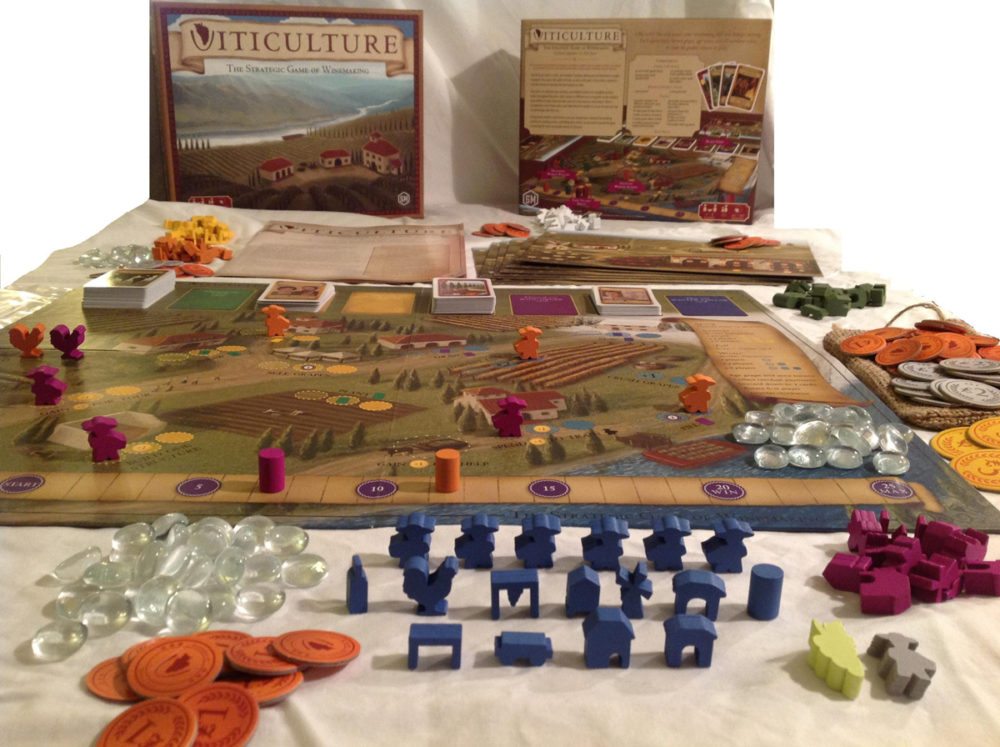 The kids have gone to bed, time for one more: Viticulture

Finally, Labor Day is drawing to a close and it sure would be nice to relax with a glass of wine… and another worker placement game! Viticulture is the first game from Stonemaier Games and the game that put this small St. Louis publisher on the map. You find yourself in Tuscany, having recently inherited some vineyards in a state of disrepair. Your job is to build up your facilities, bottle some great wines, and make your winery a success. Play takes place over a number of years and each season allows for different tasks to be performed at your winery. Different improvements allow for different advantages and there are many paths to victory in this very enjoyable game about making wine. GeekDad reviewed this game when it was on Kickstarter.

RPG Superstar: Who Wants to be a Game Designer?