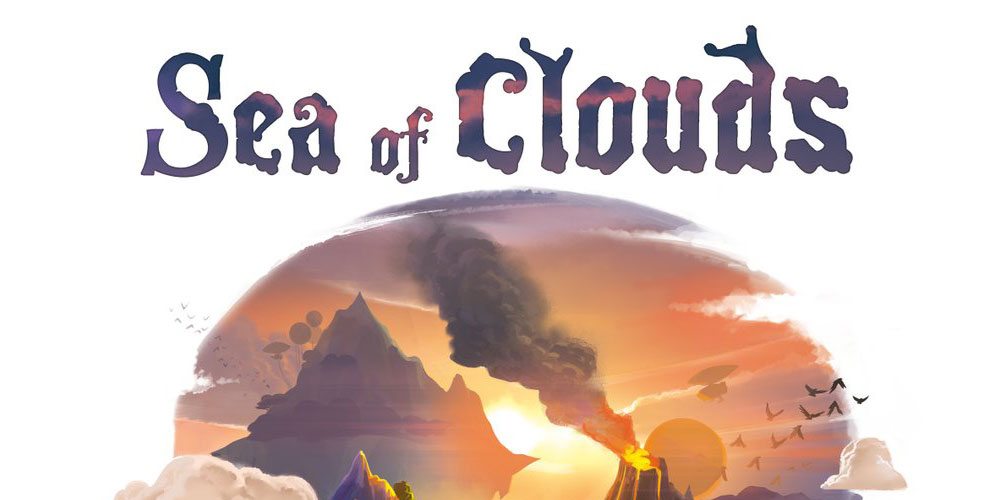 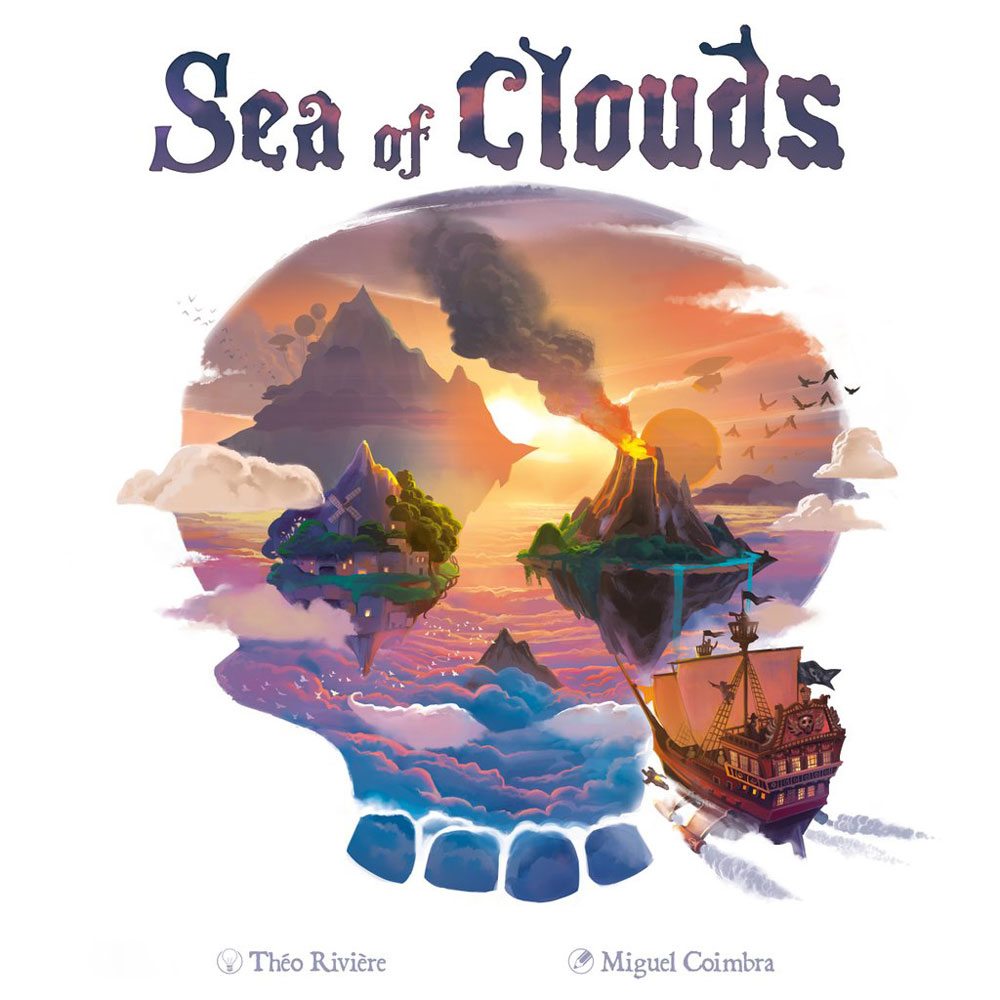 Some pirates sail the high seas—but these pirates sail in the Sea of Clouds, seeking the most valuable relics and hoarding the best rum. And, of course, battling other pirates for their booty.

At a glance: Sea of Clouds is a game for 2 to 4 players, ages 10 and up, and takes about 40 minutes to play. It retails for $29.99 and is available in stores and online. The game includes some press-your-luck, bluffing, and set collection, but strategy is fairly light and I think you could play with even younger kids with a little assistance.

All the components are nice quality, as you’d generally expect from Iello Games: sturdy boards, nice cards with colorful illustrations. There are a lot of icons used on the cards to reduce the text required, and a handy chart on the back of the rulebook to explain what they mean. After a few plays, though, you probably won’t need to refer to the book any more.

The loot cards have different colored backs, indicating what type of card each one is, but you’re also not supposed to be able to tell what the next card is in the deck. The white margins (and the decorative brown border) on the card backs do a nice job of hiding what’s next as long as you keep the deck reasonably neat—even in my components photo where I spread all the cards out in a row, I had to spread some of them apart a little more so that you could see more of the color.

There are four captain characters pictured on the board (along with their ships and floating islands), and although they’re equivalent in terms of gameplay, there’s a bit of diversity there, both in gender and ethnicity, but the ethnic stereotypes may also be a little problematic. I’m undecided on that stance—all of them are cartoony and exaggerated, and it’s nice to see pirates who aren’t all your typical Blackbeard-like guy, but I’m also not entirely comfortable with the voodoo lady and the exotic Asian beauty thing.

The goal of the game is to score the most points by collecting relics, rum, and other loot.

The main board is placed in the center of the table with the ship placed on the first island. (The board is double-sided, with the side used depending on the player count.) Each player gets a captain board and 3 doubloons. Shuffle all the loot cards together to form a deck, and place one card in each of the three spaces below the main board. The starting player receives the hat token and the parrot token.

In each round, each player will get a share of loot, and then the next round begins. When it’s your turn, you get to look at all the cards in the first share, and then decide whether to take it or leave it. If you take it, you take all the cards from the share (plus any doubloons, if any), and then put a new card in that slot face-down without looking at it. If you leave it, you add another card to the share (without looking), and then move on to the next share. Each share may only have up to 3 cards, so after that you add 1 doubloon instead of a card. If you leave all three shares, then you’ll take the top card of the loot deck.

Cards you get are placed around your captain board, as indicated by the little icons on the edges. Pirates go above your board, objects to the left, relics to the right, and rum and secrets below. Any card that has the secret icon on it is played face-down in your secrets area instead of its usual spot, and rum cards are also played face-down. All other cards are played face-up. Some cards also have a trash can symbol on them—these are used immediately for their effect, and then discarded.

Once all three players have taken a share, the round ends and the ship moves forward one space on the board.

However, if the ship is about to leave an island with the boarding symbol, then there’s combat. Add up the total value of your pirates and compare it to your neighbors (to the left and right). Higher strength wins combat, with ties going to the player with the parrot and then going clockwise. For each combat you win, your pirates may have some special effects that take place, like stealing coins from the person you defeated or from the bank, or exchanging cards. Once all combats have been resolved, all pirates are discarded.

The game ends after the round where the ship reaches the last island—you do one more combat round, and then tally up points: you score points for doubloons, rum, relics, secrets, and objects.

The different types of cards score in different ways. There are a few types of rum—some is just worth its face value, and others are worth more based on how much rum you have or who has the most. Relics score based on how many you have of each relic—and in some cases, you lose points if you don’t have enough. Secrets often award points for other types of cards—for instance, giving you extra points for each object you have, or for having the most doubloons. Finally, there are some objects that may affect your score at the end of the game.

Highest score wins, with ties going to the player with the parrot.

I first tried Sea of Clouds at Gen Con last year, and I liked this variation on the “you cut, I pick” divvying-up game. In this case, no player is entirely responsible for what exactly is in a pile, but you do determine whether to pick up a share of loot or to add to it, making it potentially more valuable for the next player.

That’s the central decision on each turn, because once you have passed on a share and added to it, you don’t get to go back. You do know what card type you will be putting into a share before you leave it, but you don’t know what it is exactly–and there are cards with negative effects in them, you never know for sure whether a pile has gotten more or less attractive. And, of course, you can’t peek ahead, either, so if new cards have been added to later shares and you want to know what they are, you’ll have to pass up on the earlier shares to see them. Eventually, though, if enough people have passed on a pile over and over again, it will be worth taking simply because you start adding doubloons instead of cards.

I like the fact that the card types are known. If one player already has several pirates in front of them, you may not want to leave a pirate card available to them, even if the rest of the share isn’t so great for you. Or, if you see a player collecting a lot of relics, you might take into account when there are blue relic cards in a share. At the beginning of the game, everyone starts with a blank slate, but eventually some cards become valuable to some players and detrimental to others. One player’s trash is another player’s treasure, indeed.

The rum cards and the secret cards add some elements of hidden information so that score isn’t totally known until the game actually ends. Does that player have collector’s rum, which is worth more points the more she has? Or does she have fake rum and rotgut, which is actually costing her points? Is that player going to score extra points for his coins? Each of the secrets can be quite valuable if you have the right cards or coins—or worthless if you don’t. Sometimes it’s worth taking a share with a secret card simply to keep it from another player.

There’s also a nice tension between picking up pirates for combat and collecting valuable cards. There are only three combats throughout the game, and each pirate card can only be used once and then discarded—however, winning combats can get you more coins, steal cards from other players, or even let you swap out an undesirable card for a better one, if you win the fight. I like that you just compare your strength to your neighbors, because it means that you don’t have to beat everyone in order to get some benefit (except in a 2-player game). But of course taking pirate cards means you’re getting fewer of something else.

Overall, the mix of cards and card abilities is very nice, and offers a lot of different ways to score points. Quite often, players will be chasing after totally different things, which then makes the “take it or leave it” choice really interesting once the game gets going.

The strategy is fairly light and the game plays pretty quickly, so it’s kid-friendly, but there’s also enough going on that adults and more experienced players won’t be bored by it. It’s a nice, solid game with pretty illustrations, and worth trying out if you like press-your-luck games. 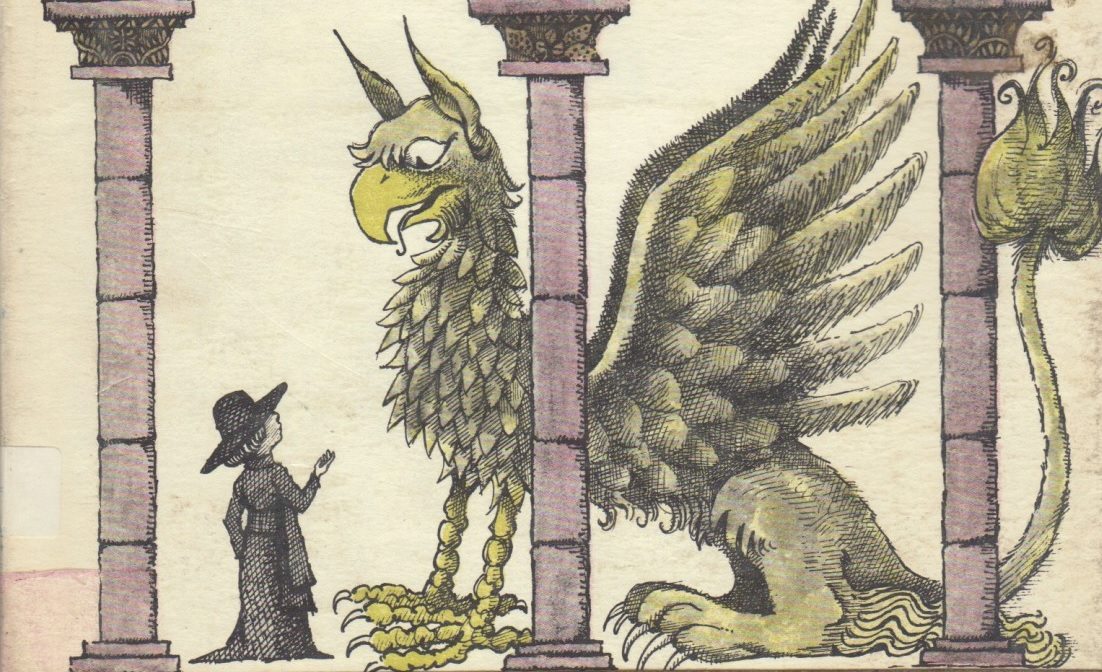 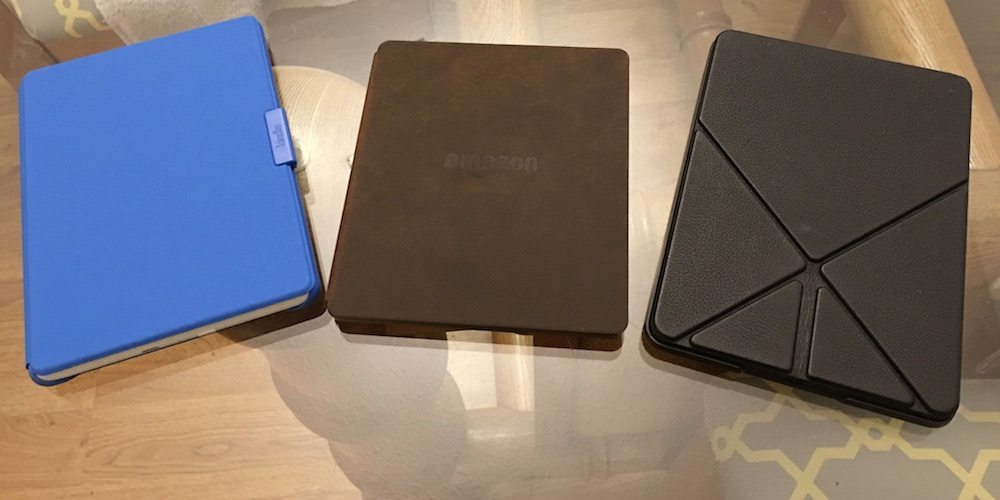 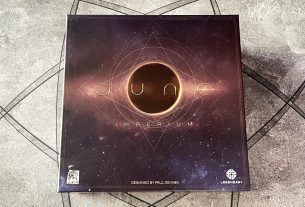