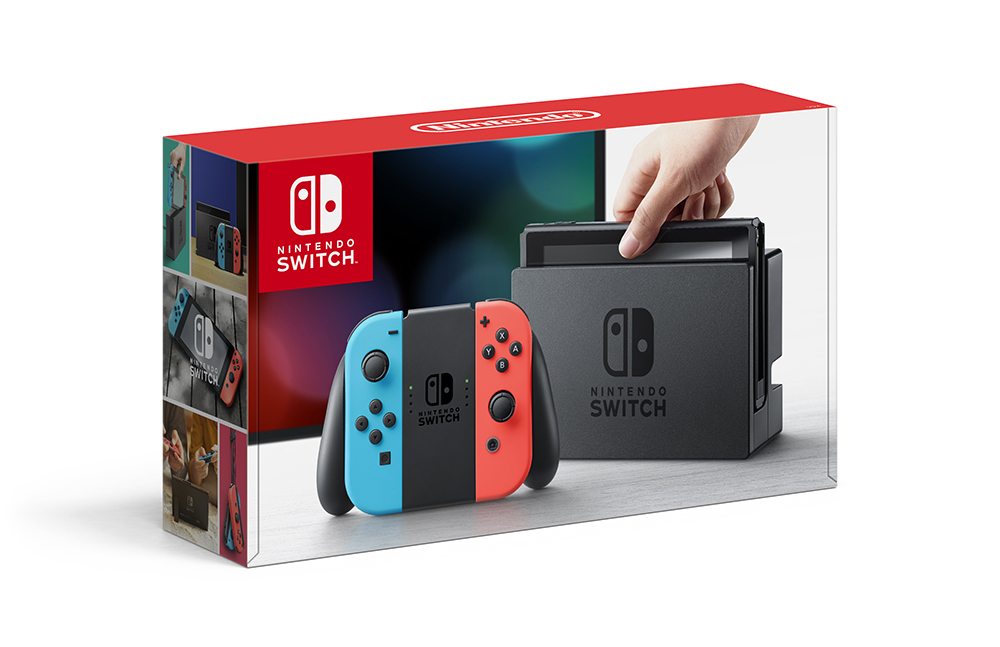 With only days until the release of the Nintendo Switch, you’ve got questions, and that’s… understandable. So, let’s continue our look inside the box to uncover what the Switch is, what it does, and whether or not it’s the right gaming choice for you and your family.

1. Is the Nintendo Switch a console or a handheld gaming system?

That remains the biggest question–even for those of us with the system already in-hand!

While Nintendo is very careful to label the Switch its latest home console, there is an obvious portable slant; unlike the Wii U GamePad, you can literally lift the Switch console (tablet) out of its television dock and take it with you wherever you roam.

As a home console, the Nintendo Switch performs admirably. The Joy-Con system itself is nicely flexible–from used individually, as two mini-controllers, to their function as a modular single-player controller, with the components either connected via the Grip or used freehand, to simply sliding them onto the side of the console for all-in-one play. There’s also the more traditional Pro Controller, and I’m sure these options will only grow as Nintendo and third-party manufacturers discover more varied methods of input.

Still, while it’s obviously not yet the successor to Nintendo’s 3DS line, the Switch also works well on the go–despite its less-then-stellar 2.5- to 6-hour battery life.

Here in the States, the Nintendo Switch retails for $299.99. This price point is on par with the current MSRP of Sony’s Playstation 4 and Microsoft’s Xbox One, though both systems admittedly have beefier specs.

However, by the same token, the Switch is its own animal. It’s part console, part portable, and, most importantly, the new home of Nintendo’s beloved first-party franchises.

The Switch comes in two SKUs, but the only differences are cosmetic. Specifically, the system is available with either matching gray Joy-Cons or a contrasting neon red and neon blue Joy-Con. 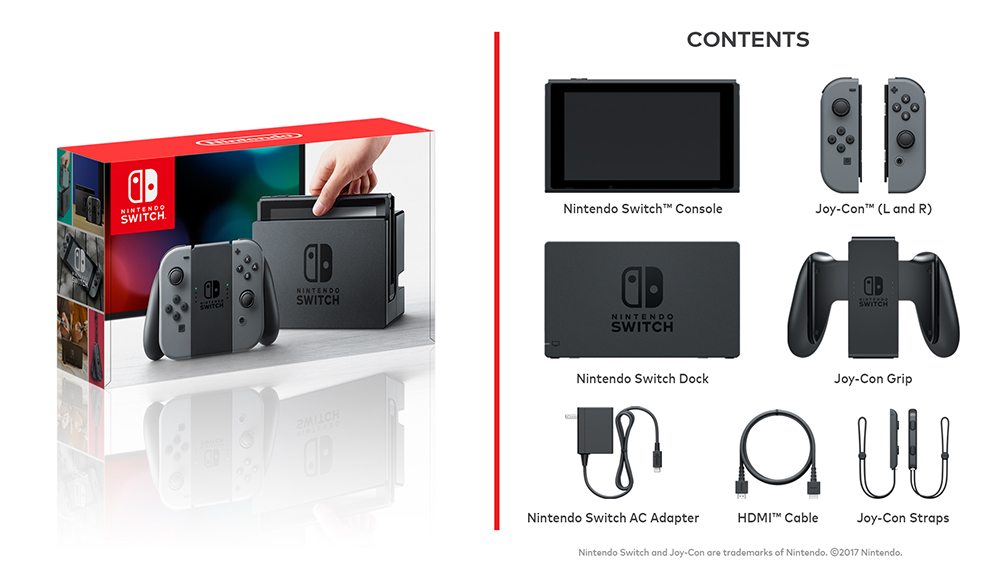 The Switch Dock sets up in seconds and includes an easy-to-access cord channel that keeps the AC adapter and HDMI cable from adding to that growing tangle behind your entertainment center. The Joy-Cons themselves easily slot into the console, the included Joy-Con Grip, and the individual Joy-Con Straps, depending on your play style, the game in question, and the number of active players.

For a look at the setup process in full, check out the following video from Nintendo of America:

4. Have you had any problems with the Joy-Con controllers?

There have been some complaints that pre-release systems (read: some of these early review consoles) have had issues with controller lag and connectivity–specifically with regard to the left Joy-Con.

Personally, though, I have yet to experience any problems. I’ve played numerous games in numerous ways and even in numerous locations, and my Joy-Cons have yet to become un-synced or unresponsive. 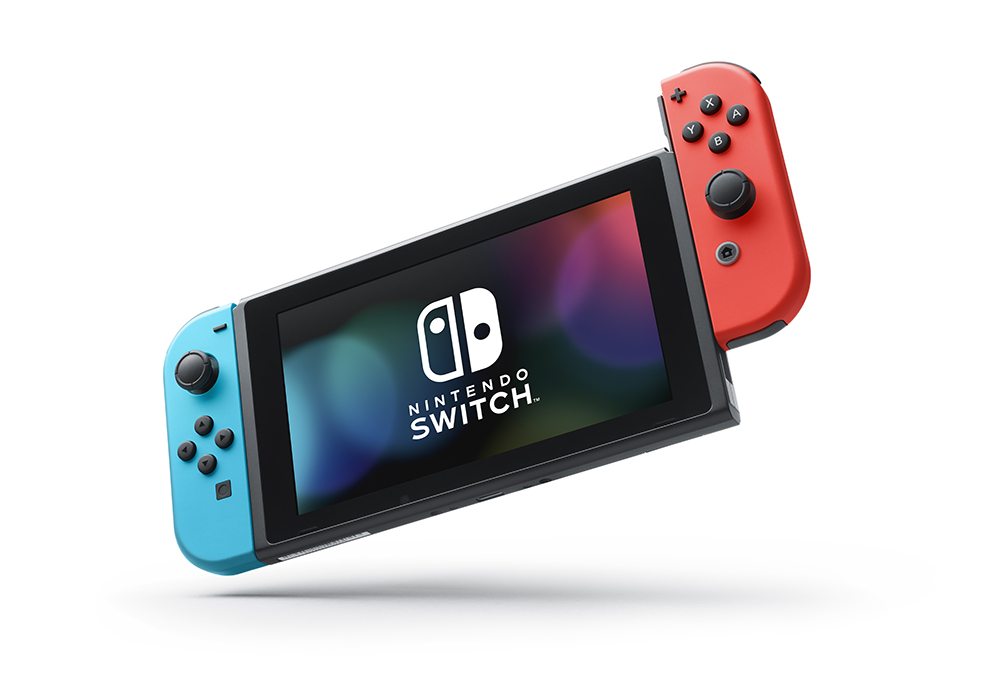 5. Do I need to buy the Switch Pro Controller?

Like the console vs. handheld debate, this one is another biggie–generally predicated on a desire to have “an actual controller.”

If this sounds like you (and you have an extra $70 handy that you don’t mind tossing at this particular peripheral), then, by all means, snatch up a Pro. However, before you do, I suggest you spend a little time with the original contents of your Switch box.

I’m speaking specifically about the Joy-Con Grip, which, despite its seemingly stubby dimensions, actually does a phenomenal job of converting the system’s pair of loosey-goosey Joy-Cons into a singular solidly functional controller in the more traditional vein. If you’re planning on spending most of your Switch game time playing solo, this free accessory might honestly be all you need.

That said, if you’re a family gamer who plans to spend a lot of time doing couch multiplayer with your kids, the Switch Pro Controller might already be a wise investment. Personally, though, I am presently leaning toward the $30 Joy-Con Charging Grip as my controller of choice. It has an identical footprint to the bundled “dumb” Grip, but it allows you to charge your Joy-Cons while you play.

As a bonus, both the Charging Grip and the Pro Controller come with their own USB-C cables, which can be used for both charging the controllers and powering up the device on the go!

6. What about an SD card or other accessories?

Now that you’ve (hopefully) decided whether or not you’ll need an additional Pro Controller, let’s talk about other extras.

Chiefly, yes, you are going to want to pick up a microSD card for your Switch. The system’s 32GB or internal storage is fine for game saves, but if you’re planning to download titles from the eShop, that meager space will fill up quickly. As a side note, be aware that the Switch won’t recognize microSDHC cards–like this affordable little 128GB card–until you download its day-one firmware patch.

As far as other extras go, I highly suggest a screen cover and case–particularly if you’ll be taking your Switch on the road. Nintendo has its own offering, which I’m using now, but there are also products from manufacturers like PDP and Hori that may also suit your needs.

But don’t forget that the Switch comes with onboard NFC support; you can scan your amiibo (and Skylanders) directly using the right Joy-Con. If you’re already planning on picking up a launch title with amiibo support, like Breath of the Wild, you may want to toss a compatible figure into your cart too.

There’s also the upcoming Nintendo Switch Online Service to consider, but, with the month of March serving as a universal free trial period, you have a while before you’ll have to reckon with that purchase. 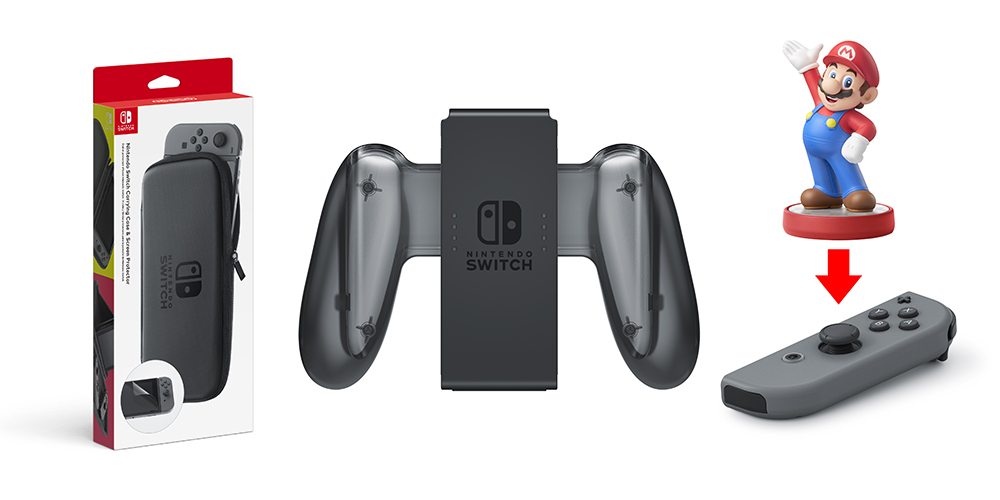 7. How are the graphics?

While much has been made of the Switch’s 720p Handheld Mode, everything I’ve played thus far has looked great both on the tablet and on my LED TV. In fact, the stylized visuals of the aforementioned The Legend of Zelda: Breath of the Wild look positively stunning on the go.

Surely discriminating PC gamers will notice a certain lack of comparative visual fidelity, but regular console/handheld gamers should be more than happy with what the Switch has to offer.

8. What about load times, processing, and other system functionality?

The menu system and overall OS interface of the Switch is snappy, clean, and intuitive. Navigating to and from the home screen to tweak settings is nigh instantaneous, and the smart lock function–the Switch’s sleep state, which requires you press the same button three times to wake it–also works without fail and quickly gets you back into your game after a brief rest or a long distraction.

I’ll note, of course, that I’m presently not even playing on the system’s final firmware, but I don’t imagine that day-one update will do anything but improve the experience.

9. What are the must-have launch games?

Obviously, you are buying a Switch to play Zelda. (Don’t you lie to me!) That’s a great first choice but, while I’ll be getting more into specifics in a proper review later this week, just let me warn you: that title can be brutal.

If you’re in the market for a companion palate cleanser, which is wise, I’d recommend either of three options. The first-party minigame madness of 1-2 Switch, the kid-friendly romp that is Skylanders Imaginators, and updated classic Super Bomberman R are all high on my list. Look for more details about what makes each a winner in my upcoming game roundup.

10. Who is the target audience for the Nintendo Switch?

From the massive success of the Wii to the confusing brand messaging of the Wii U, Nintendo’s recent forays into the home console market have met with mixed commercial results. Interestingly enough, the Switch seems to contain core DNA from both these forbears. The Switch tablet itself looks very much like a next-gen Wii U GamePad, and the Joy-Con system undoubtedly harkens back to the motion-sensitive Wii Remote.

Taken together, with its myriad of Joy-Con configurations and eclectic launch period game lineup, I tend to think Nintendo is again attempting to cast a wide net. The Switch is designed to be a system for everyone, though I reckon we family gamers tend to get the very best of what it offers.

Whether it will live up to the legacy of the Wii, however, still remains to be seen.

As for me, I’ve had nothing but good times with Nintendo’s latest creation. The Switch fulfills the promise that countless other portable devices have fallen just short of: offering console-quality gaming experiences on the go. It does this by fundamentally redefining what a console actually is; better yet, it does it with Nintendo’s trademark sense of whimsy and wonder. 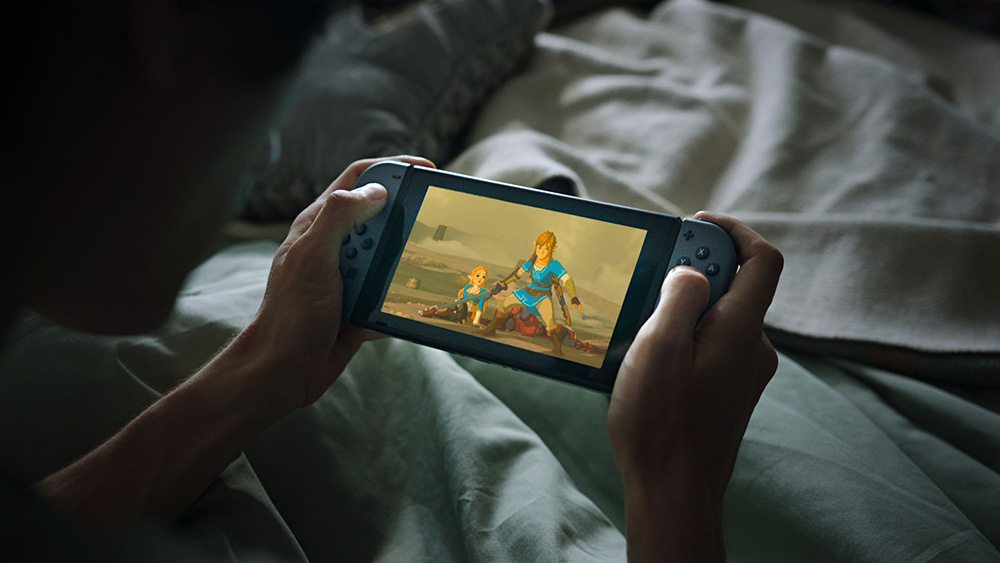 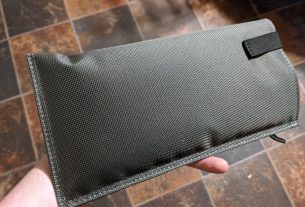 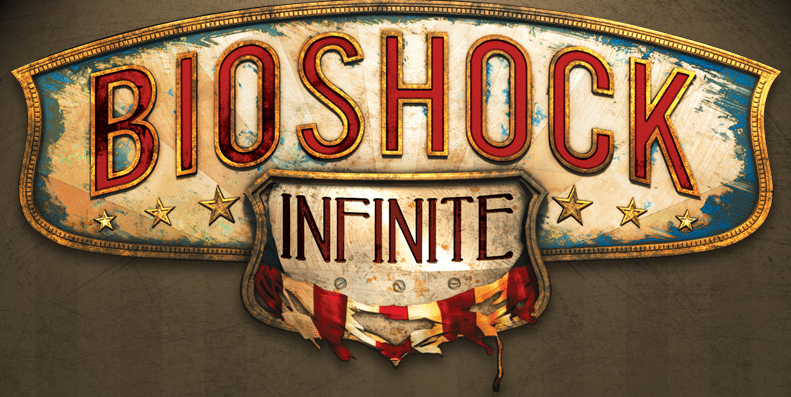