Cosplay Family Spotlight is a new recurring segment where I interview and spotlight a cosplay family. This week, I interview Janelle of Mommy and Me Cosplay. Interested in participating? Leave a comment here or reach out to me on twitter @billythebrick.

GeekDad:
How many members of your family are involved in cosplay?
Janelle:
Just myself and all four of my kids cosplay. The oldest is eight, second oldest is seven, and my twin boys are five. My husband isn’t into dressing up much, but he supports us.
GeekDad:
How did you and your family get into cosplay and prop/armor making? Did one particular member start it or did you all jump in together? What was your first cosplay?
Janelle:

I was actually introduced to cosplay when I was 14 years old but wasn’t allowed to attend conventions. After I was re-introduced to it a few years back, I’ve been going ever since. The first cosplay I did was with my girls and that was my idea, but the second cosplay I did with them (our Catwomen) was my oldest daughter’s idea.
When it comes to armor making, I decided to dabble in it when my second oldest mentioned being battle damaged Pikachus.

GeekDad:
Do you have a favorite cosplay of yours? A favorite group cosplay you’ve done as a family?
Janelle:
Of course I have a favorite cosplay. My favorite cosplay I did and still do is my Tim Burton Catwoman. My oldest says her favorite is her Poison Ivy. Second oldest just yelled out Catwoman. My oldest twin boy loves to be Kaneki Ken, and my youngest son loves being Loki.
I would have to say our favorite group cosplay was not all together at once but within one weekend, and that was our Catwoman with the girls and Kaneki Ken babies with my Tsukiyama.
GeekDad:
Speaking of group cosplay, do you always try to cosplay together? Or do you all do your own thing?
Janelle:

I’ve learned that cosplaying with my kids is the best, but sometimes I do venture off on my own at cons at least one day out of the weekend. I can’t really look at the booths when I’m watching my kids, so I try to give myself an “adult day” to appreciate all the talent and vendors. Although the majority of the time I never end up doing my adult days because my kids want to go. It’s the days they don’t want to go I get to cosplay solo (which isn’t as much fun).

GeekDad:
Do you have a favorite piece that challenged you?
Janelle:
My hardest cosplay I ever attempted to make (and still am making) is my Big Sister from Bioshock. A lot of wiring, lights, and gadgets are going into it.
My daughters both said their Kyoshi Warriors because they hand stitched the costumes themselves.
The boys haven’t attempted to make their own as of yet, so no complaints from them.
GeekDad:
What’s your favorite “medium” to work in (sewing, EVA foam, resin casting, etc.)?
Janelle:

I would say sewing. It’s very therapeutic, and I really enjoy the up close detailing of some of my work when I hand sew it. My Book of Life cosplay was all hand stitched, for example.

GeekDad:
It’s been awhile, but I used to do quite a bit of scale model building and I see a lot of similarities in techniques between small-scale building and prop and armor building. Have you ever done any scale modeling or smaller scale builds?
Janelle:
I’ve really only done prop and armor building. Armor building is tricking when you’re trying to make it symmetrical, but prop building is even harder. I tend to use worbla, so the prop always ends up being two times my weight, but I’m always happy with how it turns out.
GeekDad:
Most of our readers are parents and, like me, want to share their geeky interests with their kids. I’ve been doing father and son cosplay with my son since he was born. Do you have any suggestions on how parents can get their kids interested and involved with cosplay and fabrication?
Janelle:

Being that I’ve been cosplaying with my kids since 2014, I really only have a few suggestions for others who wish to have their kids cosplay with them. One, allow them to see you work on a cosplay and introduce them to what you are doing. My kids seemed to become really interested when they saw me making my Revenge Harley and quickly wanted a costume of their own. Which leads me into number two, allow them to pick their own cosplay. Kids have more fun when they are in a cosplay character they wanted to do. Third, allow them to help build their cosplays. It really showed my kids patience and a sense of accomplishment when their cosplays were finished. And lastly, don’t forget to have fun at the con. Run the con floor with them, take photos for memories, get that junk food, and always remember that your kids are kids. They’ll not always want to do it, so don’t force them. Instead, enjoy an adult day. 🙂

GeekDad:
Something along the lines of “Being a geek isn’t about what you love but how you love it,” is sort of the new geek mantra. Do you have anything, besides cosplay, that you consider yourself a geek about?
Janelle:
Ever since high school I was into computer or Playstation games, Starcraft being my favorite on computer and Resident Evil being my favorite on the Playstation. So I consider myself a complete geek in those areas, haha! I’ll fangirl out at any Starcraft edition or any Resident Evil edition or even movie.
GeekDad:
What upcoming conventions do you have on your schedule that people could see you at?
Janelle:
I have quite a few for 2017. We will be at Nerd Bot Con, Long Beach Comic Expo, Long Beach Comic Con, Wondercon, Anime Expo, and possibly Anime Los Angeles.

Quick and Easy Cosplay and Custom Clothes With Artscow 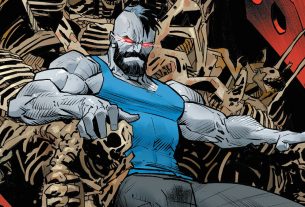 1 thought on “Cosplay Family Spotlight: Mommy and Me Cosplay”