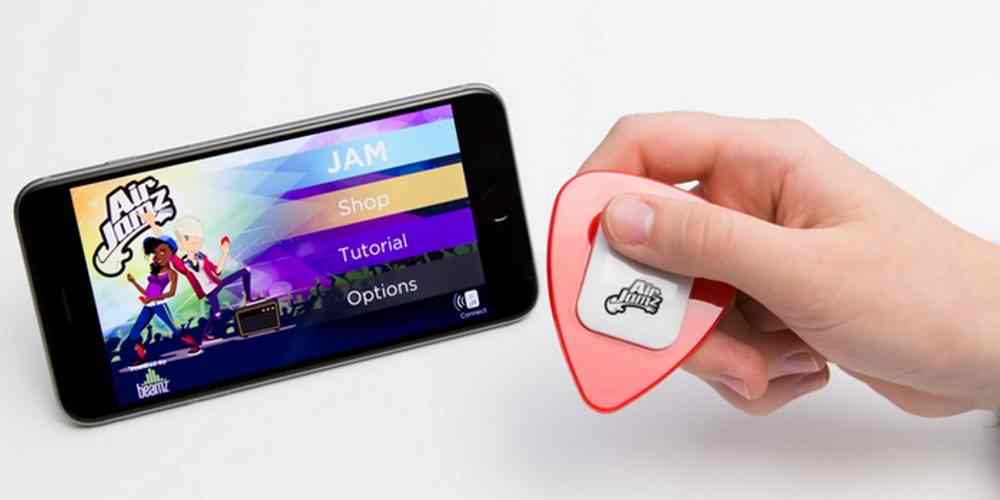 Air guitar. There’s something very therapeutic about it. Thrashing to your favorite rock track can make life’s annoying niggles fade away, and it’s good exercise too.

But what if you actually want to make some noise but can’t play the guitar well enough? Then you might need an AirJamz, a Bluetooth plectrum with which you and up to three friends can rock out.

I love the concept of AirJamz, and my boys do too. One of them is just starting to learn the guitar, a slow and painstaking process. He is enjoying it, but what he really wants to do is let his inner showman shine. AirJamz lets him do that.

It connects to a mobile device via Bluetooth and the AirJamz app, and from there you can unleash its delights. There is a handy tutorial that takes you through things, but there really isn’t much to it. The app opens proceedings with an instrument collection called “Rock Star,” but there are several more collections to choose from–and even more that you can download for free.

Swipe the plectrum through the air and it will play a single “note.” Strum it several times and it will play a cascade, though you don’t have much influence over what notes they are. This is not a sophisticated virtual musical instrument. Nobody will learn to play the guitar using their AirJamz, but you can get some very pleasing effects by pausing and strumming in different sequences.

Each collection is broken down into four sound types, so, for example, “Rock Star” has Chunk, Shredder, Guitar Solo, and Bottom. You can toggle between them using the button in the middle of the plectrum. I’ve only tried out one AirJamz at a time, but the app is designed to accept three more plectrums so that you can play with friends, each using one of the different sounds in the collection. If you only have one AirJamz, it is still possible to make music with a friend, as the app screen will allow you to invoke the instrument sounds by pressing the relevant guitar buttons.

On top of that, you can play a complementary backing track to strum along to. There is currently no way of thrashing the AirJamz along to your favorite tracks, not all through the same device, anyway. You could just put your radio on. Once you’re bored with the rock guitar, there are a host of new instrument sets to download, including acoustic and metal guitars, (parent nerve-shredding) Sci-Fi sound effects, and even some EDM beats.

My boys love the AirJamz. If I had a reservation about it, it’s that I’m not sure about its longevity, especially for older children. At the end of the day, there may be lots of sounds, but you don’t have an enormous amount of control over them. As the app and device stand, there isn’t much in the way of development possibilities to keep older minds interested.

In the plus column, it’s great for preschoolers. They can explore how they can affect their environment whilst swinging their limbs about. It’s a fun introduction to some STEAM concepts, whilst also developing those all-important gross motor skills.

The AirJamz is also brilliant for Air Guitar competitions, which is what we’ll be using it for at an upcoming 8th birthday party.

All in all, this is a fun little device that is particularly good for 7+. Younger children can have fun and older ones too, just perhaps not for that long. AirJamz will certainly brighten family gatherings over the holiday season, and there’s still just about time to get yours in before the big day!

Disclaimer: I received a free AirJamz in order to write this review. 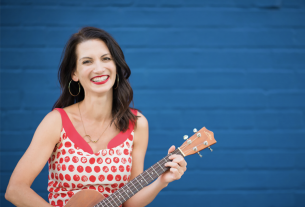 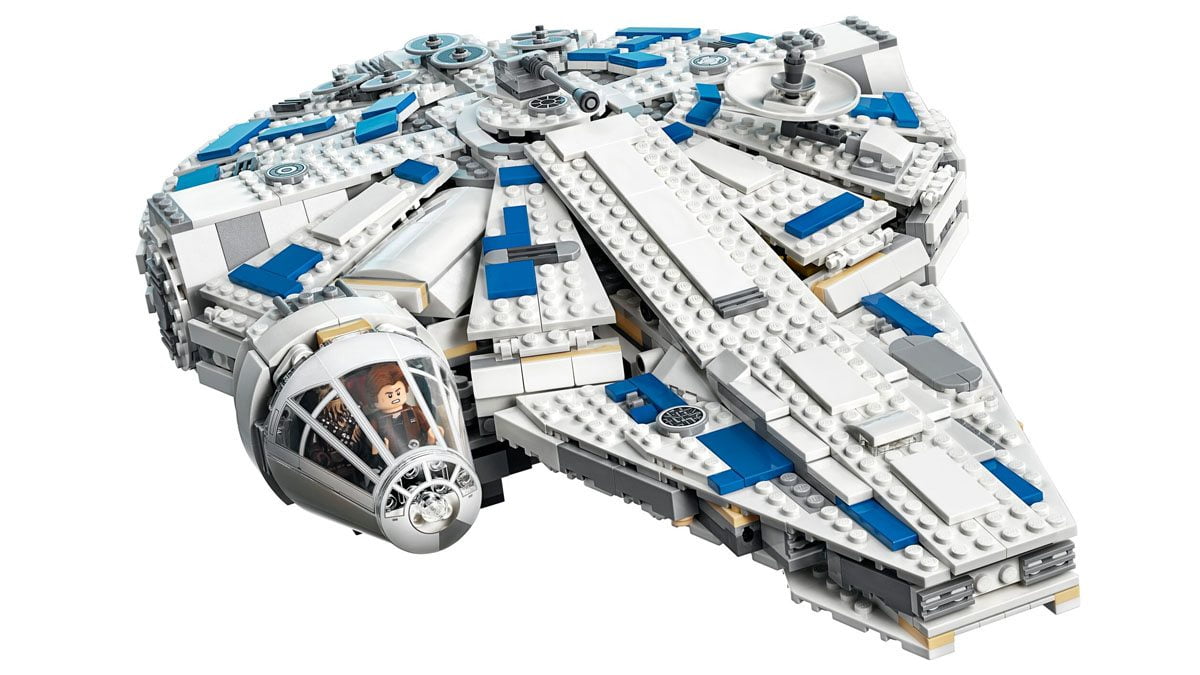