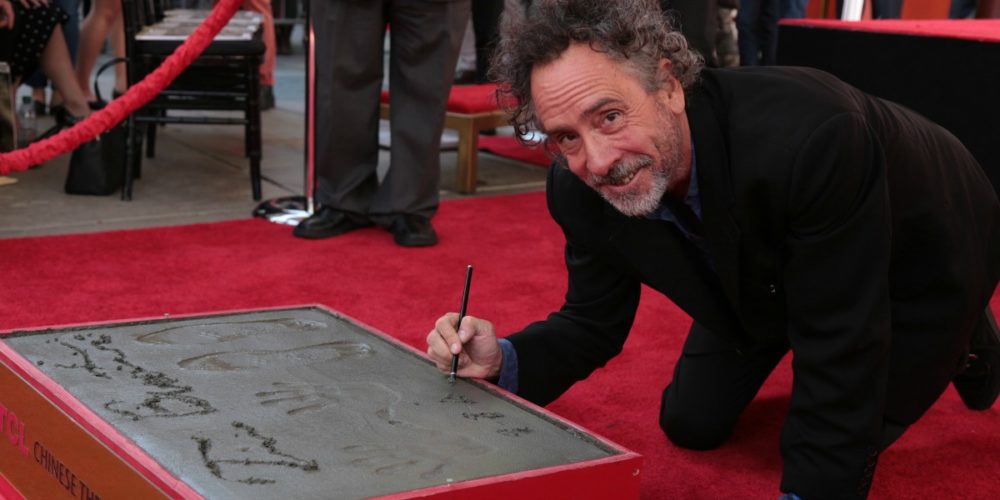 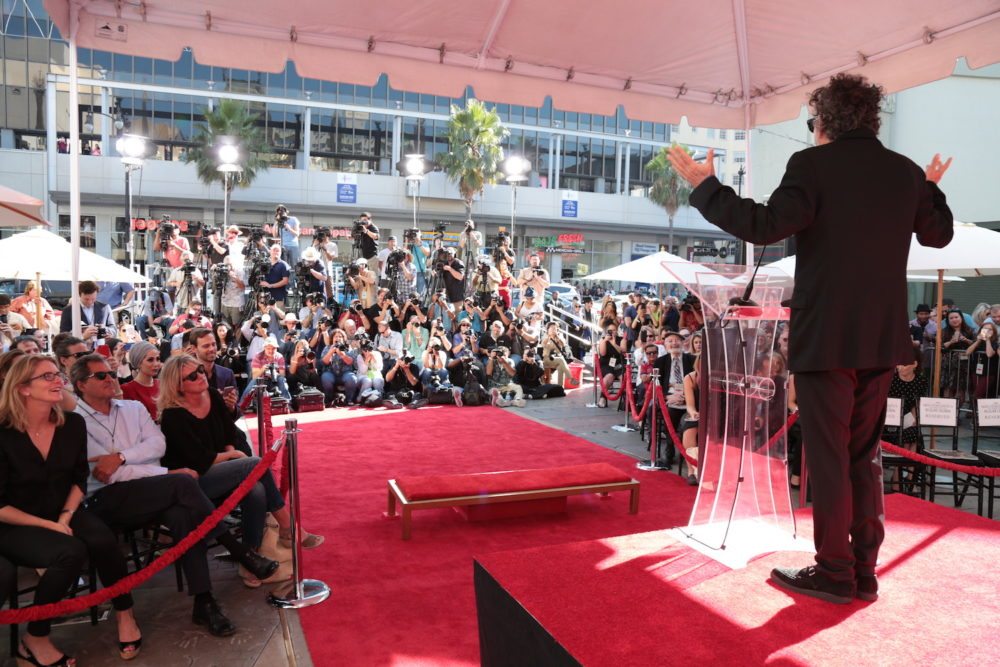 I wasn’t sure how to start my account of Tim Burton’s imprint ceremony at Hollywood’s TCL Chinese Theatres. A crack about cement shoes seemed too obvious, and comparing his plastered footprints to the classic motivational poster about Jesus carrying someone on the beach would probably offend a few people, plus, the beach is at least 45 minutes away, on a good day, and anything that looks like water in Hollywood is most likely urine. So I decided to go back a little further and start at the beginning.

Tim Burton was born in 1958, in Burbank, just a few exits away from the spot where imprints of his hands and feet are now enshrined in concrete, and then he did a lot of things just like we all do a lot of things; however, unlike most of us he then attended California Institute of the Arts and became a legendary filmmaker.

He went on to create, direct, and/or produce Pee-wee’s Big Adventure, a Batman trilogy, Edward Scissorhands, The Nightmare Before Christmas, Ed Wood, James and the Giant Peach, Mars Attacks!, Big Fish, Corpse Bride, Frankenweenie, Big Eyes, and so many more. His films, awkward, dark, intense, and funny, have become the stuffs of cult favorite and box-office magic, which is why, just before a screening of his newest movie, Miss Peregrine’s Home for Peculiar Children, at TCL Chinese Theatres, we were all gathered on hallowed ground to watch Tim Burton permanently join the ranks of Hollywood royalty.

Also, there was a bar inside.

The ceremony was attended by Miss Peregrine author Ransom Riggs, his wife, author Tahereh Mafi, actor Deep Roy, the legendary Martin Landau, and Winona Ryder who introduced Burton with a very loving speech. I was there, too, with my wife, our kids, and about 200 other people that I didn’t recognize.

It was a real treat to see an imprint ceremony at the TCL Chinese Theatres in person, especially for one of my favorite filmmakers, and it was obvious that Tim Burton was enjoying every moment of it.

Afterward, we all went inside for a screening, where Riggs and Burton both took a turn addressing the audience prior to the film, and I snapped photos like this because it looked like they were each caught in giant Poké Balls. Judging by the lack of likes and retweets from either of them, they must not have found it nearly as funny as I did, but hey, art is subjective, and moments are fleeting.

Tim Burton’s imprints, however, are forever, and that just feels right. 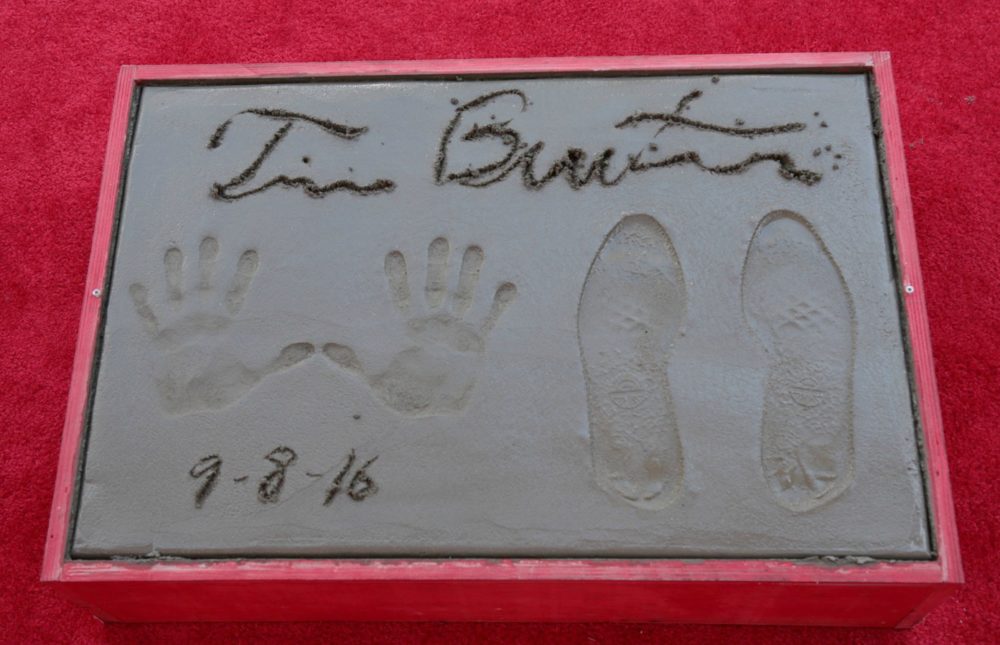 Happy Birthday (and Happy PAX East) to Us! 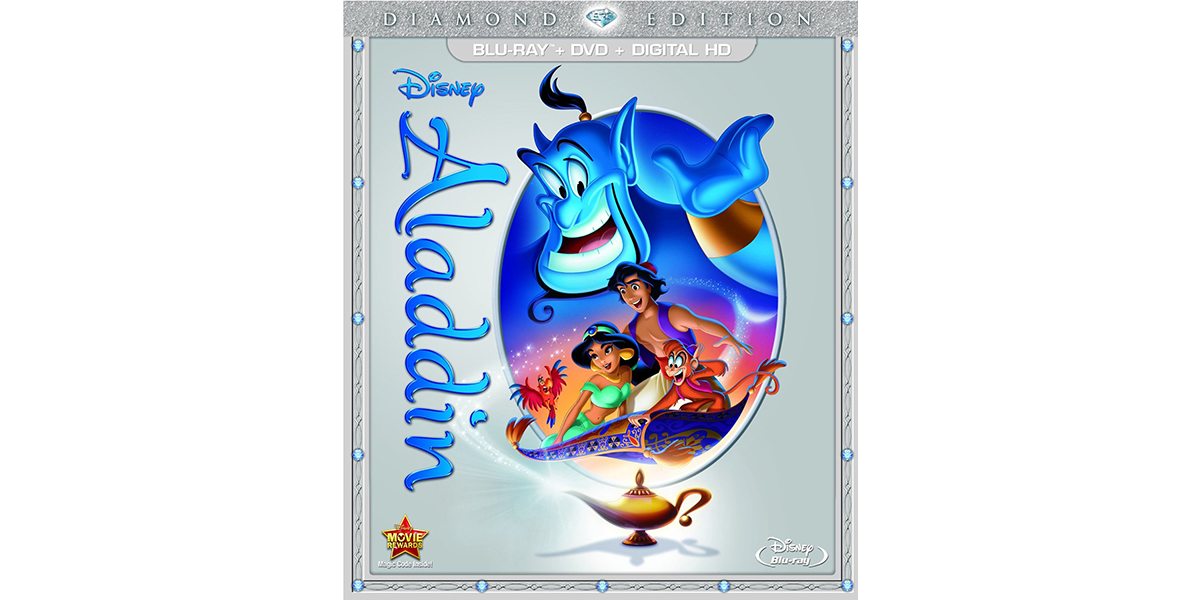 Don’t Try This at Home: Undercity