It’s been a year and a half since Nintendo released the first of its “New” Nintendo 3DS models here in the States. (And, if you can believe it, it’s been more than 5 years since the original 3DS landed on American shores.) Pitched as a more powerful take on the established hardware with additional controls, more stable 3D eye tracking, and onboard NFC functionality, the New Nintendo 3DS XL has largely lived up to the hype, but without ever fully displacing those who are still satisfied with their original 3DS and/or 3DS XL systems.

Still, 18 months is a sizable chunk of time, and things have changed both in the market and within the 3DS environment itself. There’ve been new games, of course, as well as a new hardware and features.

So, just consider this your “State of the Nintendo 3DS Address.”

When the New Nintendo 3DS XL dropped in February of 2015, it came in two colors: Black and Red. Aside from the odd Special Edition system—generally released to coincide with a new game from a big fantasy franchise like The Legend of Zelda, Monster Hunter, or Fire Emblem—those colors have remained the one constant here in the North American market. Until this month.

Rolled out with little warning save an announcement video on the official Nintendo Twitter feed late last week, the Galaxy Style 3DS XL is a bit of an oddity. Essentially, it’s the base Metallic Blue system previously available in Europe and Asia but with a glossy purple outer shell and the titular galactic graphic on top.

This makes it stand out in that, while Nintendo is no stranger to releasing systems sporting alternate colors and special designs, it’s not often that said design doesn’t relate directly to another Nintendo system or game franchise. Here in the US, the only other such case that immediately comes to mind is the “Tribal” GBA SP, and time has not been kind to that particular model.

After getting my hands on a review unit from Nintendo, I’m happy to say that the Galaxy New Nintendo 3DS XL looks really smart in person, with its blend of blue and purple being striking rather than overwhelming; it’s handsome and stands out from the other models without looking tacky. That said, I must warn you that this dark, shiny finish does make the thing a bit of a fingerprint magnet. Also, the bundled stylus is black. Not navy. Not purple. Just black. That shouldn’t be a big deal to me, and yet it keeps me up nights.

You may recall, after the initial launch of the new 3DS XL, my lamenting the lack of a domestic non-XL New 3DS variety. That handsome little devil came Stateside in September of last year exclusively as part of an Animal Crossing: Happy Home Designer bundle, and, of course, I picked one up. Because I have impulse control problems.

We’ve since seen the New 3DS pop up two more times in the Pokémon 20th Anniversary Edition and the more recent New Super Mario 3D Land Edition, with the common denominator being—aside from multiple bundled faceplates—that all three systems have come in White only. Will the US ever see a domestic version of the Black New Nintendo 3DS? Will anyone who isn’t me actually care? Both these things remain to be seen.

I was quick to call the delightfully customizable New 3DS the best iteration of the system yet, and I stand by that statement… Sort of. For the price, the entry-level 2DS handheld really can’t be beat, and, now that I’ve migrated back to the New 3DS XL, I have to admit I’ve missed its big, beautiful screens.

Speaking of cosmetic changes, the Nintendo Badge Arcade reached our side of the pond late last year, at last allowing for the sort of all-out customization that was only hinted at by the previous theme system. Home of the lovable host Arcade Bunny—which my kids insist on calling “Badge Bunny,” and I simply don’t have the heart to tell them that’s already an unflattering euphemism—the Badge Arcade is a rotating virtual crane machine collection where you can win game-themed “badges” with which to decorate your system’s home menu.

While it leans heavily on the micro-transaction model, you can earn free plays using the daily Practice Catcher. Then, with a mix of luck and skill and occasionally questionable physics, you can begin building your collection of both purely decorative badges and (my personal favorite) replacement icons for system functions like Settings, Mii Maker, and eShop.

As a mildly interesting aside, I’ll point out that, while Arcade Bunny is downright crestfallen when you elect to not spend your hard-earned yen on additional tries after your daily free plays on a Japanese 3DS, he seems much less disappointed in our version. I suppose the attitude is that American parents would be much more incensed by an emotionally manipulative cartoon rabbits than those in Japan.

Eloise at the Mii Plaza

The original StreetPass Mii Plaza offered a whopping two games—that is, if you even consider a puzzle collection a game. Still, as early as 2013, Nintendo started rolling out new paid titles for the service. 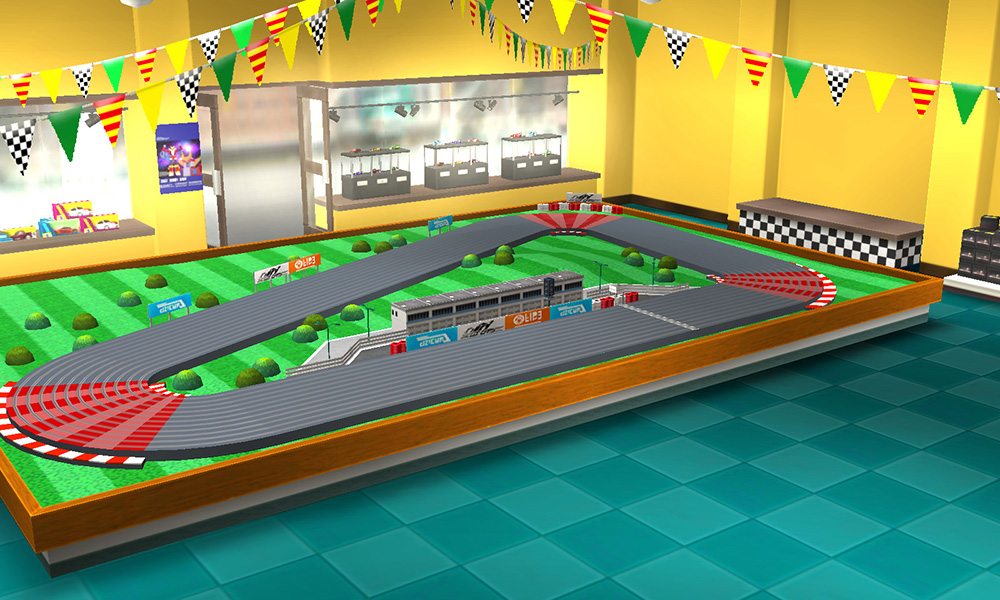 Last week’s Nintendo Direct also introduced us to racer Slot Car Rivals and trading sim Market Crashers—one of which you can download gratis—as well as cooking game Feed Mii, exploration title Mii Trek, and the wonderfully self-explanatory Ninja Launcher. In addition to these games, it was also revealed that the Mii Plaza itself had been streamlined to make welcoming new StreetPass Miis less tedious and that those who sprang for the deluxe StreetPass Plaza Premium could now store up to 100 Miis at the Plaza Gate, as opposed to the old limit of a scant 10 characters.

While the promise of New 3DS-exclusive titles is still largely unfulfilled—Xenoblade Chronicles 3D remains the one big standout retail release—this March saw Nintendo leverage the processing power of the New 3DS line in another way: with exclusive SNES games via the eShop. Optimized for the New Nintendo 3DS hardware, these titles support Perfect-Pixel mode, allowing them to be played in their original television resolution and aspect ratio. Skeptical gamers seemed unconvinced that previous-generation 3DS handhelds couldn’t handle SNES emulation, but, six months in, beloved games like Earthbound and Super Metroid are still listed as “New Nintendo 3DS systems only.” 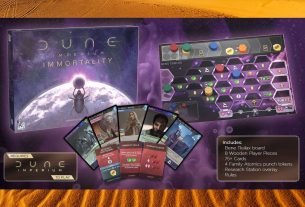 4 thoughts on “What’s New With the New Nintendo 3DS”