Over the last few months, I’ve posted a number of times about my enjoyment of 2D and 3D terrain options for RPGs. It seems every time I turn around, I’m finding a new product that offers up something new or useful to my gaming table. Last week I posted about a new Kickstarter offering up reusable peel-and-stick dungeon elements that could be applied to laminated battlemats. I own a few battlemats from various publishers, and I cannot wait to try these stickers out. I have two issues with battlemats, however:

With these new peel-and-stick labels, the Flip-Mat product is going to become even more useful. But what I REALLY would like is the ability to create a larger custom battlemat made up of sheets containing fixed features such as walls and rooms and caves. Even better, I’d like to be able to laminate these sheets to work with those peel-and-stick dungeon elements or an Expo marker.

This last weekend, I attended the Free RPG Day event at my local gaming store. Sitting on the table among the other free giveaways was a small booklet from GamingPaper.com. It was a sample booklet of 8.5″ x 11″ terrain sheets that also provided a link to a new Kickstarter called Gaming Paper Megadungeon 4 – Rooftops and Alleyways. After checking out the project (and wondering how I missed Megadungeon 1 thru 3), I immediately saw  huge potential here for my gaming table.

First, the tiles are designed by Christopher West of Maps of Mastery. They’re designed to mix and match to provide large play areas that don’t repeat. Megadungeon 4, for example, will contain 100 unique pages that can be assembled to create the large city shown below. 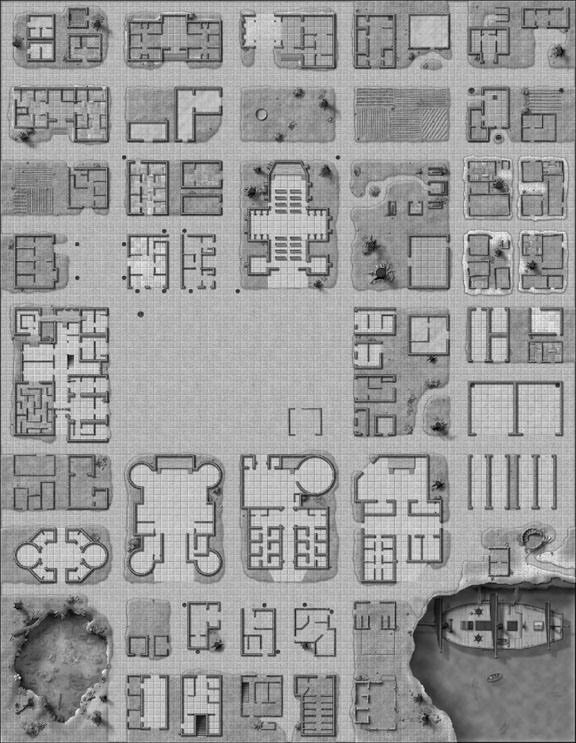 The flipside of each page will show the rooftops, providing a fog of war aspect until players enter a dwelling. There’s even a docked ship and a quarry. Pretty awesome!

Megadungeon 4 is compatible with Megadungeon 1 (giant citadel — see image below), 2 (catacombs), and 3 (sewers), and all those three earlier Megadungeons are also available via various backer levels. Gaming Paper gives you permission to photocopy to your heart’s content… just don’t resell them. My plan is to laminate the sheets so they’ll (a) last a while and (b) work with those peel-and-stick stickers from the other Kickstarter. 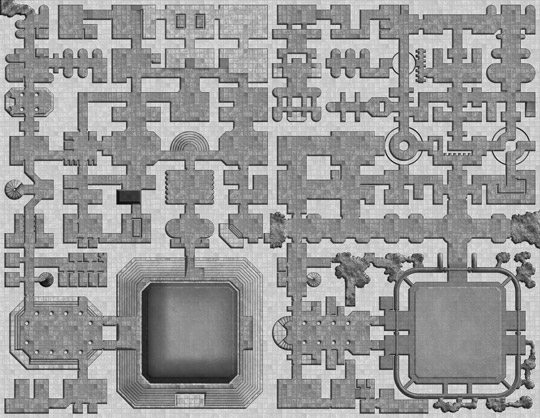 BONUS: Fat Dragon Games is having a sale on all its papercraft 2D and 3D products as well as their 3D Printer line, DragonLock– 20% to 70% off for 2 days — sale ends in a few days. Click here for the sale.