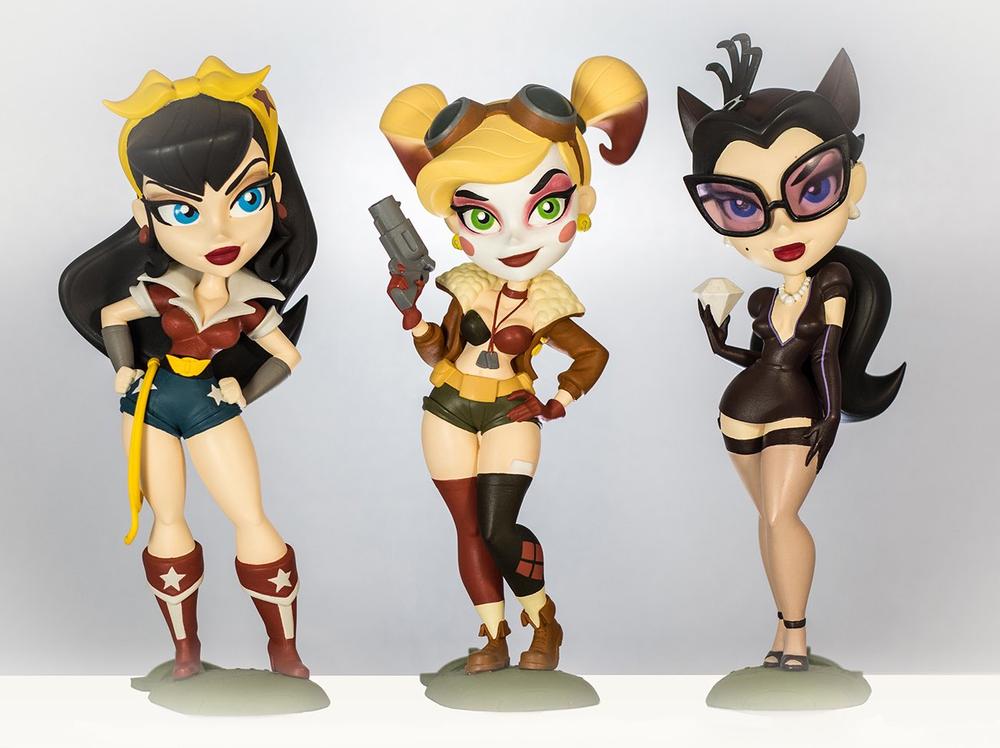 I admit; I was not initially a fan of DC’s Bombshells alternate covers. No offense to artist Ant Lucia, but the first few just seemed like cheesecake (well done cheesecake, but cheesecake), and not my swag. As time went on they grew on me, thanks in part to the really fun comic book by Marguerite Bennett.

So when I came across Bombshell vinyls at ToyFair2016, I may have fanboyed a wee bit. Cryptozoic, generally known as a game maker, let me know that they’d be out this summer and low and behold, one came in my mail. The Noir Edition Bombshells, to be exact. These alternate editions of Harley, Catwoman, and Wonder Woman will be available exclusively at Barnes & Noble. Let’s ignore everything else and focus on one thing – this vinyl is huge. Look at how it towers over both my FuncoPop Supergirl and Funco Spider-Gwen bobble heads! Seven inches is a lot bigger than I thought, guys.

Once I got past the size, I took the time to check the design out. Have to say, I kind of love  the direction they went with these. Instead of mimicking the Bombshells cover or comic art style, you get a sense that these are for a Bombshells animated series. Yes, the proportions are unrealistic, but in a consistent, cartoonish way.

While not out yet, the figures will be priced at $29.99 each. The Noir editions are going to be in a run of 3000 each per character and, as I noted before, only at Barnes and Noble. The full color editions are going to be available nation-wide after SDCC (Weekend of July 20th), and there will be no limitations. These are officially dubbed as “Wave 1”, so fingers crossed that we may see more.

Why do I not have more fingers to cross?

Cryptozoic sent me this Wonder woman for my very own to review. I have already been chided by co-workers for taking it out of the box. That’s just how I roll. 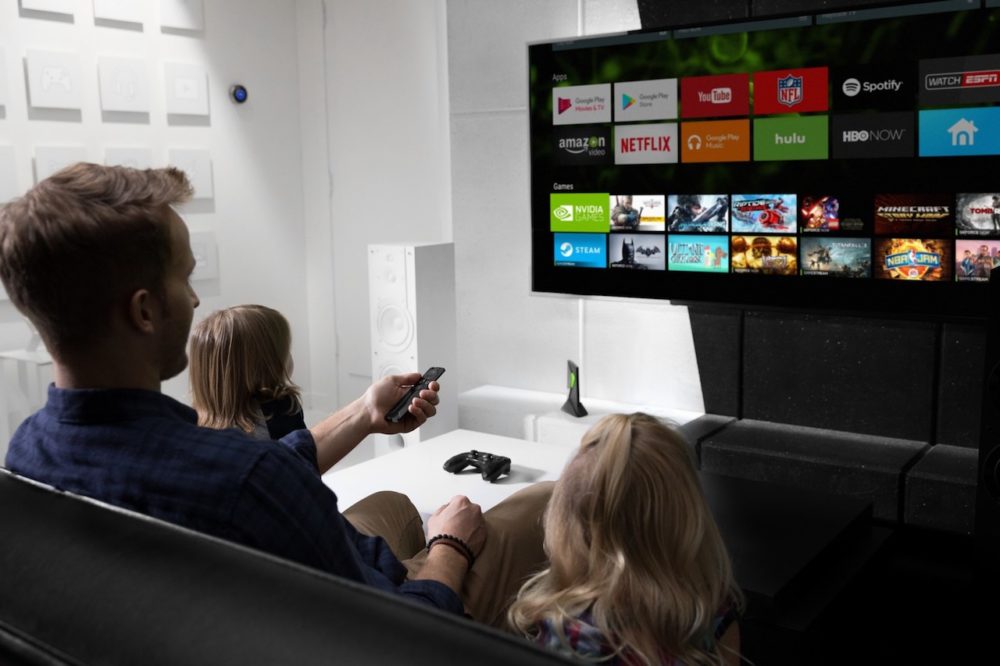 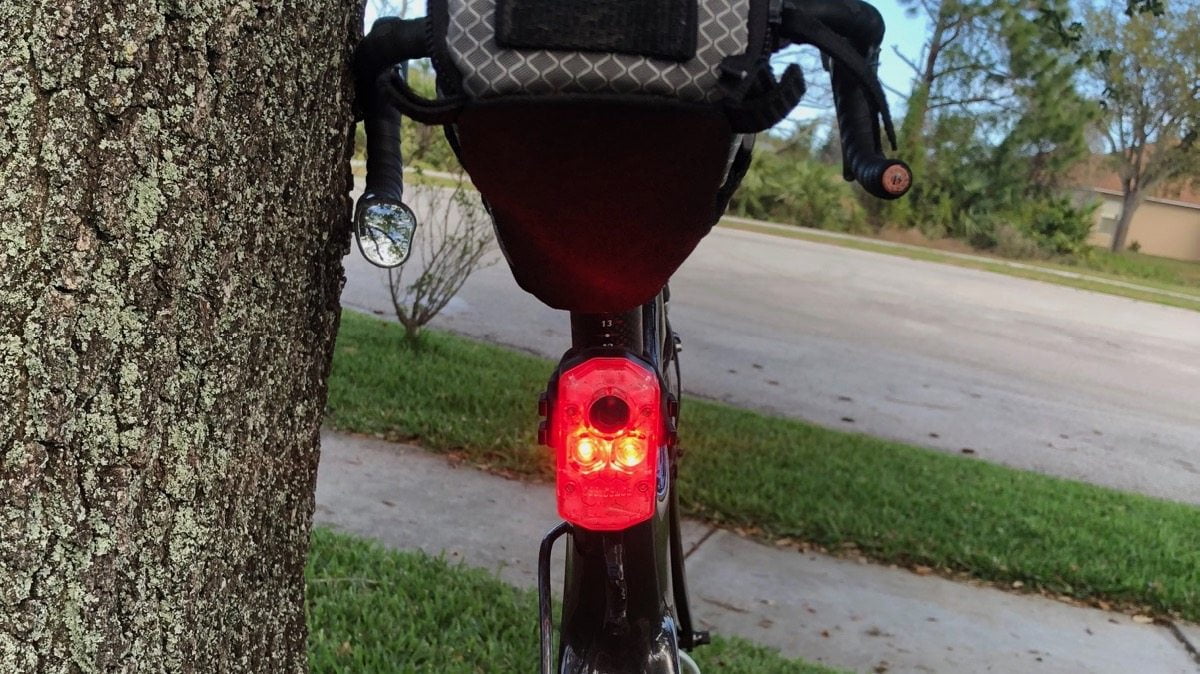 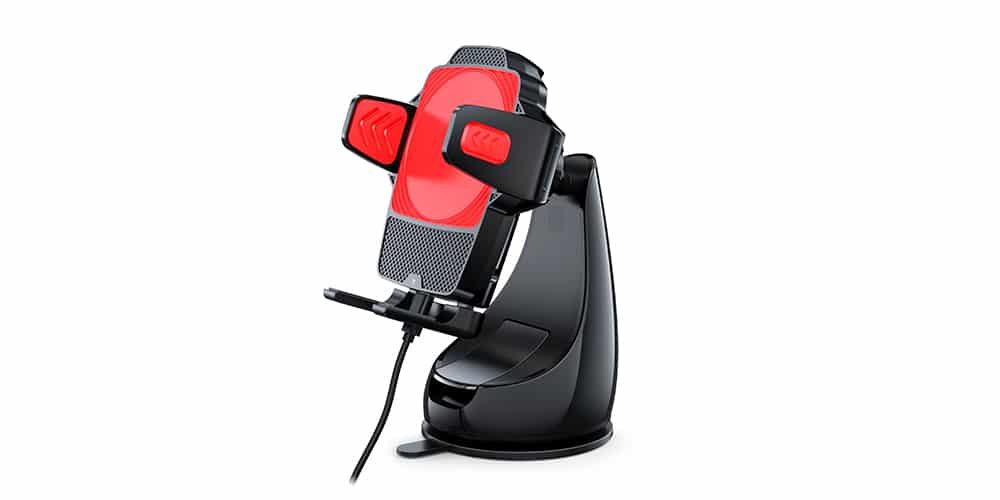