Not since a lion got stuck in a wardrobe with a witch have three words come together in such an intriguing fashion. Right now on Kickstarter there is a genre-twisting strategy game that shoots straight, bites hard, and might just send you ’round the bend.

At a glance: The Vampire, The Elf and The Cthulhu (VEC) is a card-based game for 2-4 players in which you work together to create a novel. You are striving to complete the “Best fantasy horror Cthulhu novel ever written.” But this is not a cooperative storytelling game; it’s a strategy game of cutthroat skulduggery and fragile artistic ego.

Whilst the end of the game will see the players’ novel completed, it is the player who has the most ideas included in the final text that wins the day.

The Kickstarter is already underway. Unfortunately, due to the vagaries of the postal system and an ill-timed vacation, I haven’t been able to play VEC as much as I would have liked, but I have played enough to see that it’s a game of surprising complexity, which may well turn deep-thinking players’ brains in knots. The game is produced by Italian game designers Giochix.

I was sent some prototype components. The rules are available in English as well as print and play instructions, including the cards.

The finished game will consist of:

The rules are freely available in English, but here is an overview.

All players are working to complete the novel. A completed novel consists of four Novel Idea cards. The competitive element arises because each player wants their own ideas included at the exclusion of the other players’.

Setup: Each player takes one Objective Card. This has four bands of color on it, which must be kept secret from the game’s other wannabe novelists. The colors correspond to the colors on the Novel Idea cards. The order of the color bands on your objective card is significant. That is the order you want the ideas to appear in the finished novel.

Next you have to set up the Ideas Area. Each turn this will produce two Novel Ideas for each player.

Each player also gets some ink drops. Three black and two of a color unique to you. Your special color drops are worth more than black ink drops.

Each player takes three Novel Cards randomly, looks at them, chooses one and puts the others back. This is your first idea, and you can have it for free.

With that done we’re ready to play.

Playing the Game: The first player is randomly determined. You could start with the last person to get a rejection letter. In any case, the first player changes each turn.

The turn has two phases.

Each player has two quill pens which are used to mark which actions they intend to perform. This might be vying for cards in the Novel Ideas area, or choosing a particular Novel Idea you already own that you want to activate in the activation phase. Any card you pick up from the novel ideas area can be used during phase 2, but you might already own a more useful one.

This bit, at first glance, seems mindbogglingly complicated, but once you’ve had a play-through, it does become more intuitive. There are many variables to consider. This makes things bewildering on first playing, but ultimately adds great strategic depth to the game.

The key to success is generating a large Activation Strength. This is best achieved by having multiple cards that share attributes. All Novel Ideas cards have a number of attributes, including Genre and Type. Type is Vampire, Elf, or Cthulhu. Genre is given by black icons on the bottom right of the cards (e.g., comedy masks or a map).

Activation Strength can be enhanced by discarding cards, or turning them face-down (meaning they can’t be used without cost), or spending precious ink drops. You are limited by the fact that only 7 cards can be kept face-up at the end of your turn.

Only cards that have a quill pen from phase 1 may be activated.

Activation Strength can used in five different ways BUT each card can only be used in one way. This means there is always a trade-off between gaining the most points you can, and being able to best use the points they generate. Which action you can use is given by the Theme symbol in the top left corner of the card. All actions are more powerful the more strength you have.

The five actions are:

Compare: You compare your activation strength against one of your opponents’ cards. If yours is greater, you can start to turn over his cards, destroying his ideas. It’s like operating heavy machinery beneath the writer’s garret.

Reactivate: Turns face-down cards back up.

Insert: Your reason for being. Getting an idea in the novel. You can choose the position the card goes in the novel, so it’s time to make sure color and position match your Objective Card. NOTE: Once an idea is in the novel, it can’t be removed. ANOTHER NOTE: This is harder than Compare from above. When Comparing, you choose the card to overwhelm, when Inserting one of your opponents gets to pick, and you can be sure they are going to choose their powered-up Outer God.

Retrieve Drops: Run out of ink? You can buy some more.

Players take turns activating, starting with the first player. Play continues until all four spaces on the novel are completed, at which point victory points are totaled and the winning novelist declared.

Victory points predominantly come down to how many cards of your Type and color you have in the finished novel, but there are ways of forcing your personal colored ink into the novel, to help boost your ranking.

At first, VEC is bewildering. Reading the rules made my head spin. There are a number of cumulative effects, which can be difficult to grasp when just reading the rules. Setup is straightforward, and in the end we dove straight in and started playing, backtracking when we’d made mistakes. I recommend doing this. Once you start to play, the cumulative effects and different card options start to become clear. Very quickly it’s possible to formulate some complex strategies. Forcing your cards into the novel is harder than it looks.

There are a number of mechanisms which I haven’t detailed, including blind bidding with your precious ink drops. The number of ink drops you have should be kept secret, and sometimes sneaking in an all-important drop of ink can mean the difference between success and failure. This adds some initial complexity, but contributes an additional layer of strategic depth.

The game has a good balance between trying to meet your own ends whilst trying to thwart your opponent from meeting theirs. Once the game is underway, it feels like every turn is a trade-off between reaching the prize and blocking your opponent. The fact the first player changes every turn alters greatly what you might try to do, especially in a two-player game.

One of the big things VEC has going for it is its aesthetic. Themed games are hugely popular at the moment (just look at the plethora of Munchkin spin-offs available). In VEC you get three for the price of one. The artwork is great, with classic vampire-, Cthulhu-, and Tolkien-inspired artwork. They sort of clash, but in a good way, and personally finding a lovely illustration of the One Ring in the deck greatly added to my enjoyment. I only used a prototype version, so not the final artwork, but I was impressed by the look of the cards. Not for nothing did I exclaim, “Well, I’m using Gandalf, obviously!” when I drew my first three cards.

The Vampire, The Elf and Cthulhu is a quirky game with a great look that feels different from anything I’ve come across before. It is initially confusing, but settles down into a satisfying strategy game that rewards thought and patience. Running time is given as 50 minutes, which seems optimistic to me. I haven’t gotten past the extra-time-taken-due-to-learning-the-game phase yet, but if you play VEC with anybody who likes to deliberate their options, you could well be in for an absorbing couple of hours.

I haven’t tried the game with my 10-year-old, but I would say he’s probably a little bit young. There’s a lot going on, and it’s not always easy to see what the best option is. It may be that once I understand the game’s machinations a little better I can guide him through, but this is certainly not a “play straight out the box” game if you have children joining in.

The game’s Kickstarter is well underway, and is over half-way funded. At the time of writing there are a few early bird deals left, which could see you take the game home for as little as 17 Euros ($20). Be you fey, undead, or something other, there is something in this game for everyone!

Disclosure: I was sent a prototype version of this game to play and review.

It’s Time For You to Join My Robot Nation 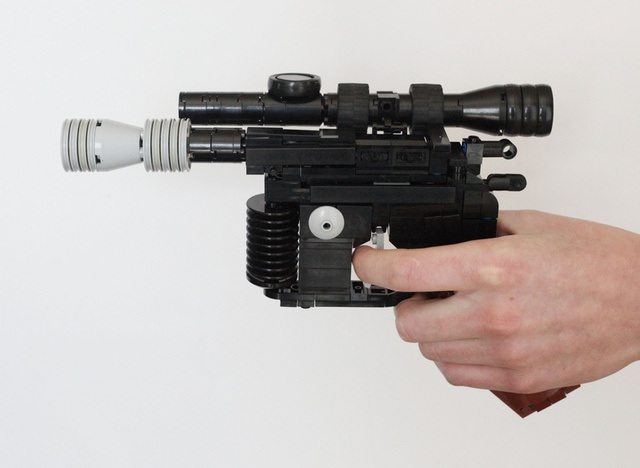