With the hot-headed Mick Rory on ice (more on this later), the team tracks Vandal Savage to 1958 Oregon, where the immortal is working at a local asylum under the pseudonym “Dr. Curtis Knox”. Fun fact: Dr. Knox was first introduced to television in Smallville season seven. According to Smallville episode writer Bryan Q. Miller, Knox was intended to be Vandal Savage on that series, but the rights to the Savage character were unavailable, thus the name change. On that episode of Smallville, Knox was an immortal who lured characters given abilities from that series’ kryponite meteorites, promising to cure them of their psychoses when in fact his real goal was to harvest their mutated body parts. On Smallville, the character of Dr. Knox was played by Dean Cain, who was Superman on Lois and Clark: The New Adventures of Superman. Sort of like how Brandon Routh, our Ray Palmer/The Atom on Legends of Tomorrow, played Superman in Superman Returns.

What a small, incestuous world this DC universe is. Dr. Knox is not the only call-back to other DC Comics television properties on this week’s episode of Legends of Tomorrow, so let’s dive in, shall we? 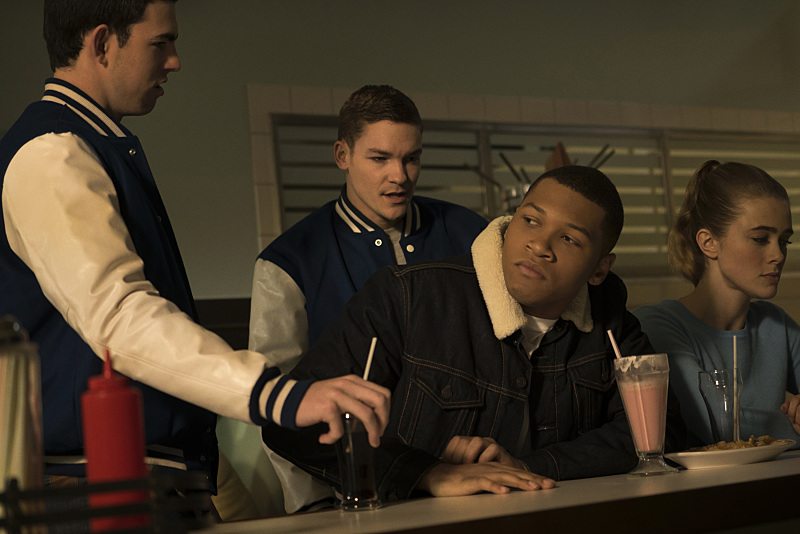 The episode highlights the social prejudices of the 1950’s era. Professor Stein waxes nostalgic while Sara and Jax point out that everything is just hunky-dory, assuming one is straight, white, and male. The interaction between Stein and Sara as doctor and nurse as they are investigating the asylum points out the gender biases at the time. It was fun watching Sara spit in the face of said norms and bust Stein’s chops every chance she got. Sara’s relationship with another nurse at the hospital highlighted the sexual orientation discrimination of the 1950’s. The racial prejudices are displayed both in Jax’s sitting at the lunch counter with Betty and with Kendra and Ray pretending to be a mixed-race married couple looking to purchase a home.

While we’re talking about how the team is split up and investigating the string of disappearances and killings around town in an effort to find Savage, I have to mention Rip and Leonard Snart. Though hardly in the episode at all, seeing the two acting as G-Men investigating the local trouble was a blast. Have either of these two had a bad scene yet this season? I’m not asking whether every scene has been a winner in the writing or making sense to the plot department. What I’m saying is that the performances these two turn in week after week has been great to watch, and I hope we see more of Captain Hunter and Captain Cold together onscreen in the weeks to come. 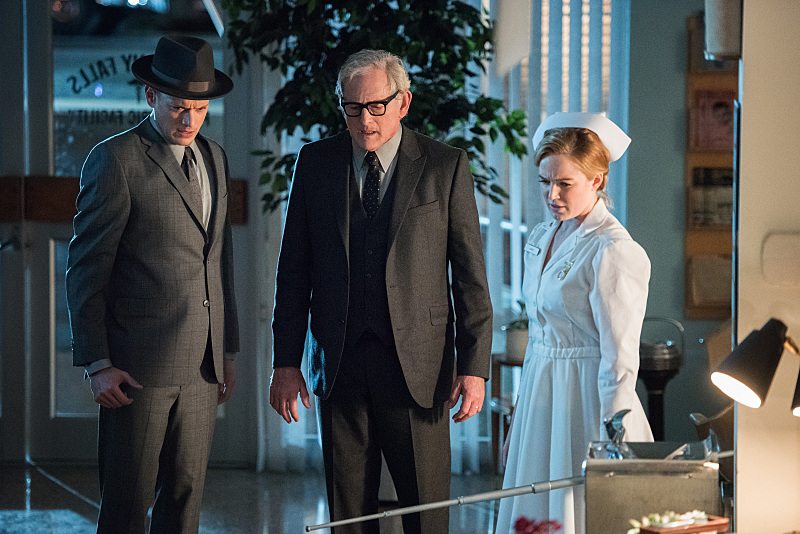 As for those other DC television references I mentioned? The most obvious is the meteorite that is turning teenagers into hawk-creatures being the same type that gave Savage, Kendra, and the dearly departed (cough) Carter their abilities some 4,000 years prior. The other in-joke is Jax breaking the ice with Betty in the diner by suggesting that she dip her fries in her milkshake. The last time we saw this was in Arrow season three. It was Laurel Lance’s way to break the tension between herself and Nyssa al Ghul following Sara’s death. Someone on that production team likes dipping his or her fries in a milkshake. All that was missing was a sign outside the diner that this was the first Big Belly Burger.

This episode was a loving tribute to that bygone era, from the “splatter platter” style opening (Google it if you don’t know what I’m talking about) to the Red Scare of aliens abducting innocent civilians to the B-movie horror monsters of Savage’s mutant army. At the same time, the writers held nothing back in their assertion that while that might have been a great time if you were born into a specific, narrow set of demographics, our society has evolved for the better. 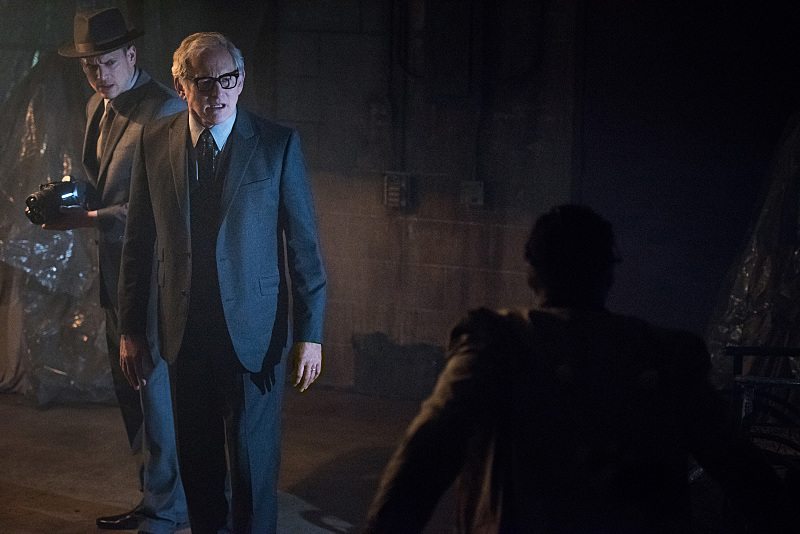 One might ask about the state of the team at episode’s end. Ray and Kendra are closer than ever, making that inevitable reunion with some incarnation of Carter Hall that much more awkward. Jax and Stein let Snart know that working with a partner can be tough, but working without your other half can be even harder, and that they understand how hard it must have been for Snart to off Mick for the good of the team.

Snart doesn’t say a whole lot about the way things went down with Mick last episode. Early on, Jax goads Snart, saying that Snart murdered Mick. Snart doesn’t say anything to confirm nor contradict this assertion. When Rip commends Snart for his performance as a G-Man, Snart tells Rip he only had one partner “and we know how that turned out.” Not “you made me kill him.” Not “I had to kill him.” Not “he was a danger and had to be put down.” Just that knowing line, as if Mick is still out there somewhere, an ace in the hole that only Snart and Rip know about, just waiting to be brought back in as a MacGuffin somewhere down the line.

Rather than ask where this leave our teammates, it might be better to ask when this leaves our team. Chronos attacks and boards the Waverider with Rip, Snart, Jax, and Stein aboard, stranding Sara, Kendra, and Ray in 1958. With no new episodes until March 31, it’ll be a while before we get the band back toghether again. Until then, dip a fry in a milkshake (preferably your own fries in your own milkshakes, but hey, whatever) for me! 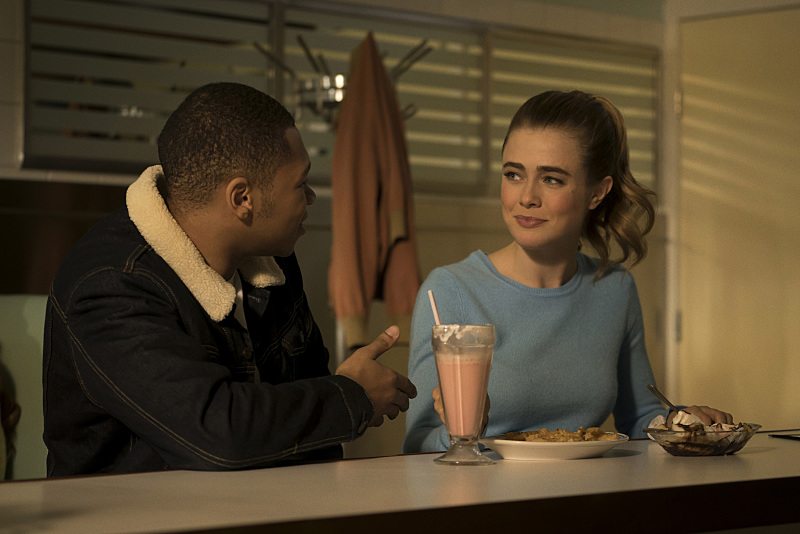 The Logitech Ultrathin Keyboard Cover for the iPad Is the Best