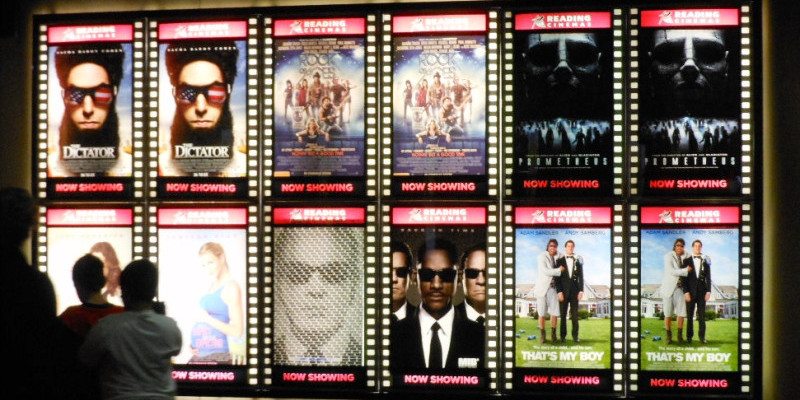 Now that we’re seeing Ghostbusters trailers featuring Melissa McCarthy, Leslie Jones, Kristen Wiig, and Kate McKinnon, the process of seeing gender-swapped characters feels more real. An all-female version of Ocean’s Eleven is in development with Sandra Bullock at the helm, so what other classic movies could be re-energized with a gender change-out?

It’s the ultimate fairy tale movie of dashing heroes and a rescued damsel that launched so many memorable lines we recite to this day. In Reboot Land, nothing is sacred, so let go of the past and imagine something completely new: The Dread Pirate Roberta, also known as Westlee, coming home from a life of adventure to her Prince Groom. Iniga Montoya challenges our heroine with the classic line: “I am Iniga Montoya. You killed my mother. Prepare to die.”

With her newly earned X-Men sword skills, Olivia Munn would make a great Iniga Montoya, while Karen Gillan would be a kick-ass Westlee/Dread Pirate Roberta. Add in Liam Hemsworth as the Prince Groom, and for extra kick, Amy Schumer and Joseph Gordon-Levitt as Miracle Maxine and Val.

A tough New York cop against a squad of bad guys in a tense situation? After Mad Max: Fury Road, everyone knows Charlize Theron has incredible action moves. She would make an excellent Jane McClane. Square her off with Milla Jovovich as Hedy Gruber, and a brand new franchise is born. Jane’s plucky spouse held hostage, Holden McClane, could be the wonderful Michael B. Jordan.

Who could replace Eddie Murphy? Aisha Tyler, of course. She can play both funny and serious, and it’s time to get her out of Archer’s voice booth and into some live, bad girl-chasing action. Grab the ladies from Brooklyn Nine-Nine, Melissa Fumero and Stephanie Beatriz, for the roles of Aisha Foley’s California back-up in Rosewood and Taggart. Don’t worry, I haven’t forgotten Sergei, or should I say, Sacha. Instead of Bronson Pinchot, let’s bring in Jennifer Coolidge, currently classing up 2 Broke Girls with her Polish-accented Sophie Kachinsky. A talented improv player and character actress, Coolidge can whip up the perfect scene-stealing moment.

The unexpected romance between a ruthless businessperson and a paid escort seems quaint in this day and age. Flip it into Edwina Lewis and Vance Ward, and the story takes on a new dynamic. Anna Kendrick wouldn’t even need to step into Richard Gere’s shoes; as a corporate powerhouse, she would bring her own. For the ultimate fangirl fantasy, her paid plus-one for the weekend would be portrayed by Harry Potter himself, Daniel Radcliffe. He can bring the right blend of innocence and world-weariness to the ultimate hooker-with-a-heart-of-gold role.

Some people may not be as familiar with this 1970 classic flick, but Kelly’s Heroes merged the standard World War II movie with comedy as Kelly and his troops race to steal Nazi gold for themselves. A testosterone-laden film, it starred Clint Eastwood, Telly Savalas, Don Rickles, and Donald Sutherland, and it’s practically begging for a gender swap.

Even though Sandra Bullock is already tapped for one heist film, she would also shine here in Eastwood’s role as Kelly, while Firefly’s Gina Torres would be perfect as Big Jane. Of course, Rebel Wilson is a shoo-in as Rickles’ character Crapgame, and Kristen Wiig is a natural for Oddball, the laid-back head case and tank mechanic. There are so many great actresses that could play the General, but my thoughts keep coming back to one name: Betty White.

What movies would you like to see gender-swapped? Charlie’s Angels? James Bond? Lord of the Rings? Chime in with your opinions!

1 thought on “Five Classic Movies That Need the ‘Ghostbusters’ Treatment”