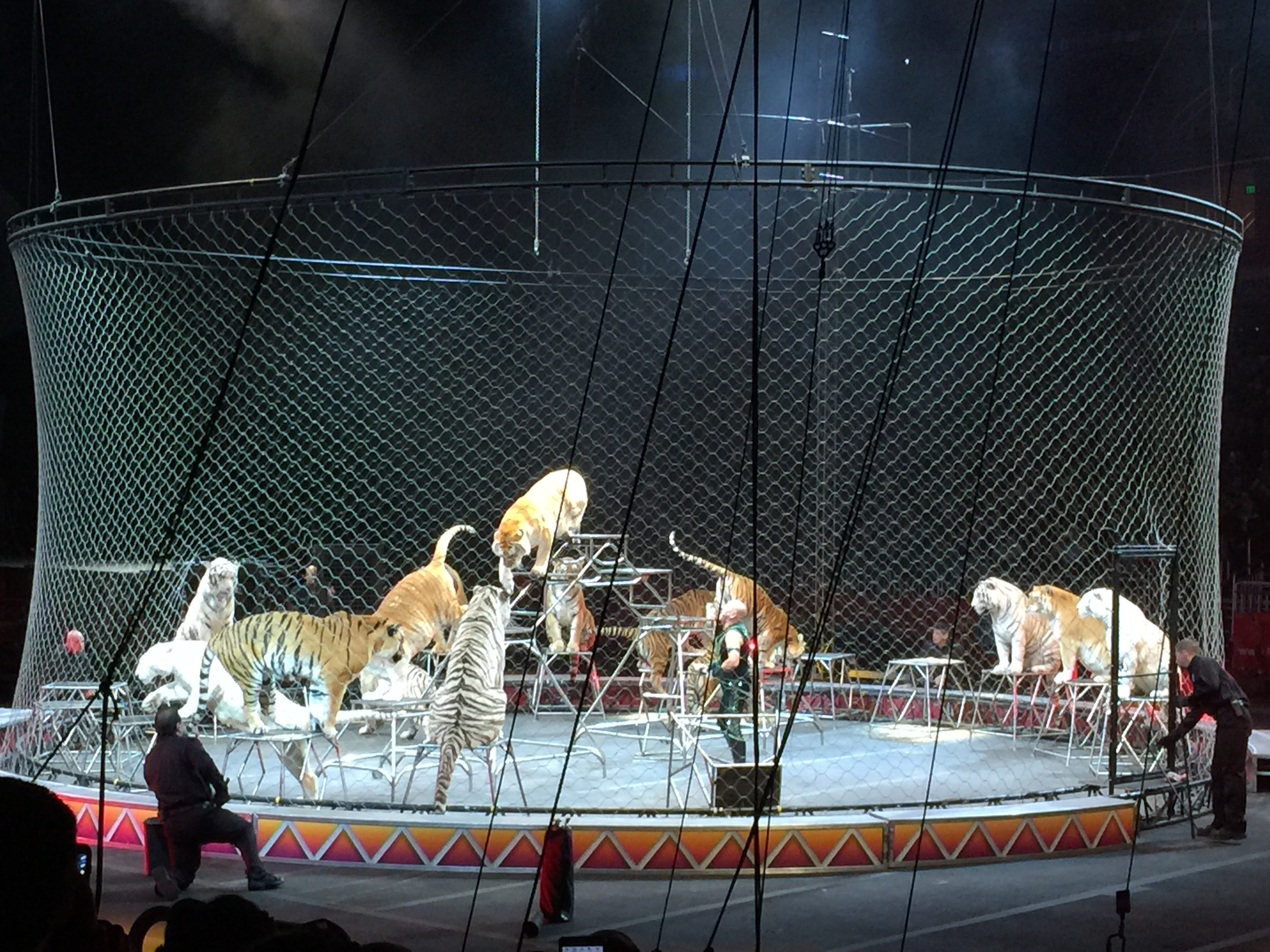 We received two TarDisk Pear units to review. As such, GeekDads Mordechai and Z each tried them out.

Mordechai: TarDisk makes expandable storage for the MacBook. Their metal-covered NAND storage disk is made to go into the SD drive of your MacBook Pro or Air and double your storage. Interestingly, there are separate model chips for each model Mac. I’m not entirely sure why this is. Z and I both got the same model… and had wildly different experiences.

For me, it was plug and play. I inserted the Pear, ran the included app which extended my existing drive into the Pear. Boom–an instant 128 GB of storage and a new icon for my hard disk (you can change it back if you know how). My Air runs at the same speed it always has, and there was zero change. I was this close to recommending it as a seamless solution (despite what I feel is a high price)… and then I talked to Z.

Z: Yeah, my experience was… different. My TarDisk unit arrived shortly after yours, Morts, and after hearing how easy the pairing process had been for you, I was itching to give it a go myself. I went through the preparation process–which is a little on the lengthy side, but nothing an average Mac user can’t navigate with the provided step-by-step instructions–and popped that beautiful small-form card into the corresponding SD slot on my MacBook Air.

I mean, it mounted like any other SD card or USB stick, but something was off. Somehow my TarDisk had left the factory without the requisite Pear application. 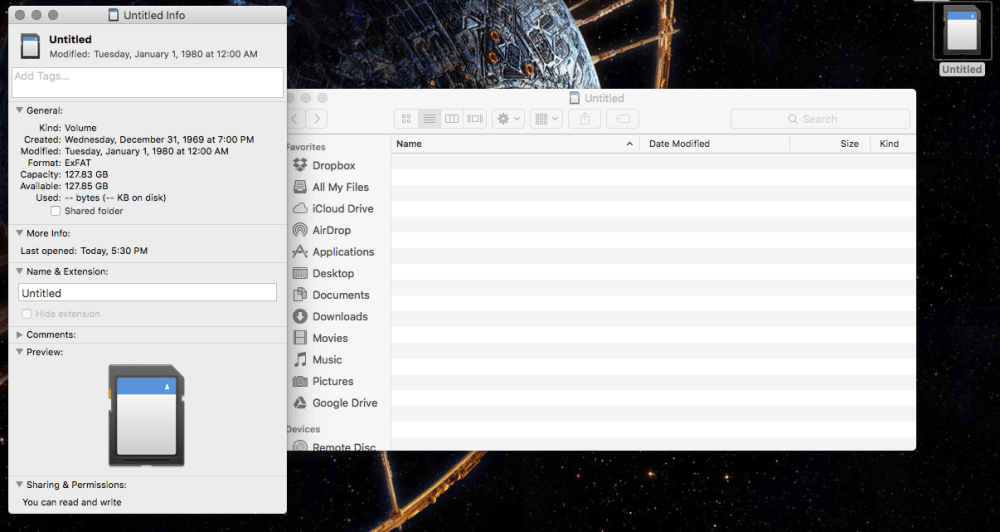 So, I followed up with my PR contact, who got another TarDisk shipped my way immediately.

Again I went through the pre-pairing checklist, and this time, when I popped the new TarDisk in, the installation process started with the mere push of a button.

Unfortunately, my luck didn’t hold. I received a fairly generic error message (“Something went wrong.”), and suffice it to say my storage space did not magically double. 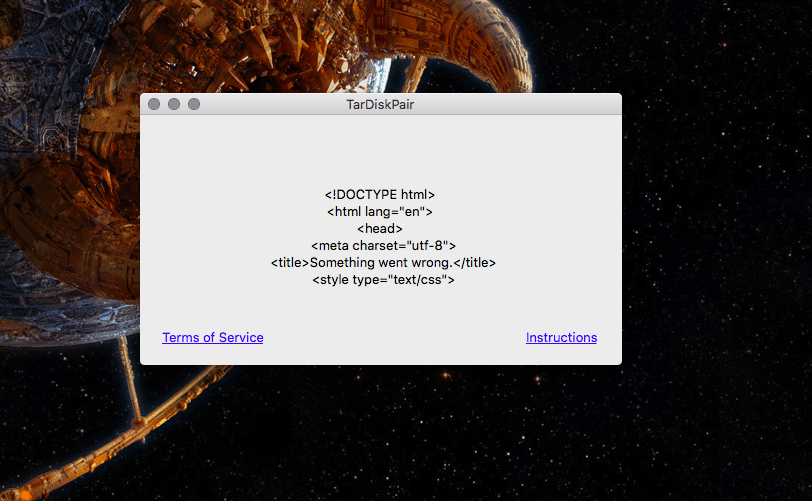 Over the next few days, I tried a number of times to get the device to function as advertised–I even had a go at a new Desktop installer–but nothing seemed to work. I turned my FileVault off, disconnected external drives, checked my file system for consistency, and verified my internal drive. Everything seemed copacetic, but it just wouldn’t pair–er, I mean Pear.

Mordechai: It was so bad that TarDisk actually got in touch with me to make sure I was not having similar issues.

Z: I reckon you’d be hard-pressed to find someone who wants to love the TarDisk as much as me. Moreover, I’ve spent time looking into reports of other users encountering similar problems, and there aren’t many. Moreover, those that I have discovered seem to have been quickly remedied via TarDisk support.

So this leaves me to wonder if I’m… cursed?

At this point, I’ve resorted to using the TarDisk as a separate, secondary volume on my MBA. As I’ve already said, I love the look of the device, and the read/write speeds seem to dwarf those of the no-name small-form micro SD adaptors I’ve used in the past.

Still, pound-for-pound, I could accomplish the same thing with a Transcend JetDrive Lite and get twice the storage for the price.

Mordechai: Same issue for me–it’s a cool option, but the price tag is a bit high compared to other options.

Z: So what’s my final takeaway? Well, the TarDisk is a sexy little device with a lot of promise. And said promise appears to be mostly fulfilled. For everyone but me. 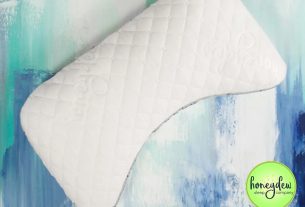 GeekMom: Honeydew Sleep Company Pillow — A Good Night’s Sleep Is a Pillow Away 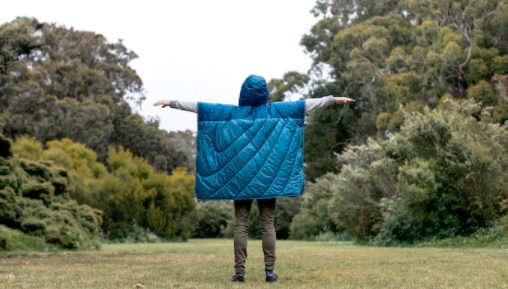 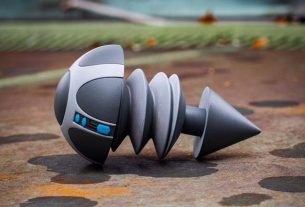