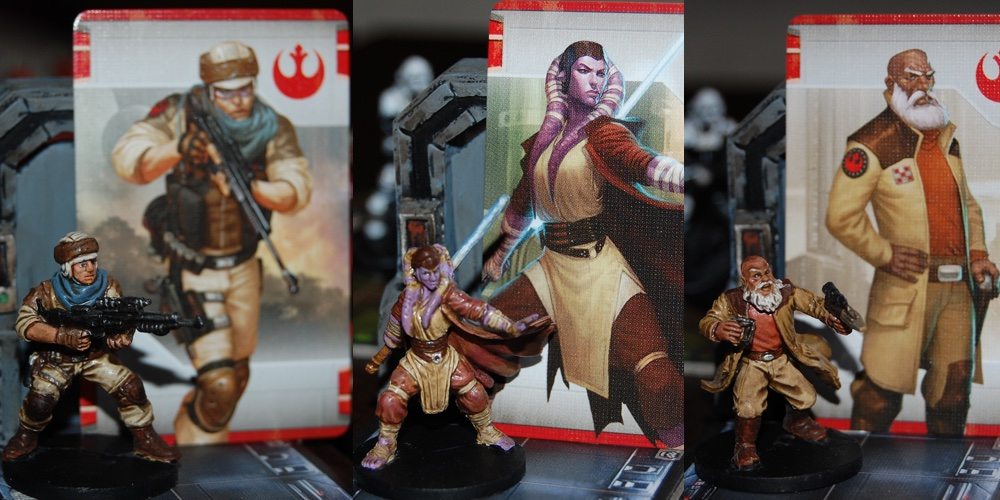 This week on GeekDad Paints! I’m tackling three of the figures that are completely unique to Imperial Assault, Fenn Signis (the Veteran), Gideon Argus (the Commander), and Diala Passil (the Jedi). I was going to save them for last, until I could “level up” my painting skills a bit more; but I want to get some play sessions in! And playing with unpainted heroes just wasn’t going to cut it.

I chose these three for two reasons. First, Fenn and Diala are the most popular characters in my house, so they’re likely to get to the table first. Second, they all share a similar color scheme, so I could grab a can of Desert Yellow primer and get my base coat applied. The other heroes don’t share base colors, so I’ll pepper them in with other groups.

Obviously, there’s a lot more variety in color with these figures than with the other minis I’ve done; but in my headcanon, they’re all working from the same pool of gear, so there’s going to be some color overlap. First up was Fenn. I had these guys primed while I was painting the E-Web Engineers, so I had enough thinned white paint to do Fenn’s helmet. I wanted the leather accents to be suitably dark, so instead of using Leather Brown, I went with the redder Oak Brown (and used the Leather Brown on Fenn’s lighter leather accents). Skeleton Bone filled in Fenn’s shirt and pants. I liked the color well enough that Diala’s tunic and Gideon’s pants also got the same color (Gideon’s pants are darker in the character art, but I figured he’d be dark enough with the orange shirt and Desert Yellow trench). I applied a coat of Wolf Grey to Fenn’s scarf – I figured since he’s a veteran soldier, he’d share some colors with the Rebel Troopers. Then it was a quick splash with Barbarian Flesh and I was done for the night.

Gideon and Diala were next. Gideon’s trenchcoat I left alone, since Desert Yellow is pretty spot-on to the character art. The Quickshade could do all the detail work there. For his skin I picked Tanned Flesh. Once I used the Quickshade on it, I would get a nice reddish-brown skin tone. I mixed a bit of orange and red for his shirt, finished off the gun and field glasses and I was ready for Diala.

Diala was tougher since I had to mix nearly all of her colors. The Alien Purple that came in the Army Painter box was way too dark, so I brought it up a few shades with the Matte White paint. For her Jedi robe and pants, I finally found the right mix of Oak Brown and Dragon Red (about a 2-1ish ratio) that gave me the shade I wanted. For the lightsaber, I painted the hilt Weapon Bronze (which turned out a little lighter than I wanted, but it still looks good) and the saber Matt White. Then I thinned out Electric Blue with Lahmian Medium at a 6-to-1 ratio until I had a glaze. It took maybe five or six light applications to the back of the saber, leaving a stripe of white on the front, until I got the effect I was looking for. I did a couple of layers of the glaze on her robe as well to try and simulate some of the light splash from the saber. (This is the  technique Sorastro used on his Dalia with considerably more aplomb)

Then I went back and finished up all the stuff I missed. Diala’s tunic and Gideon’s pants I thought should be a bit darker, so I grabbed a darker tan for those, touching up Diala’s wraps with more Skeleton Bone. I also went back and painted Fenn’s gun black, with a gunmetal drybrush, since I somehow missed that on the first night. His additional weapons and ammo got a touch of Shining Silver. And I tortured myself and attempted a freehand Rebel symbol on his armpatch.

Once all the details were cleaned up, I attempted the eyes – Gideon turned out pretty well, But Diala looked a little snakeish, and Fenn? Well, Fenn’s seen some stuff, man.

A dip in the strong tone Quickshade really brought out the details in the sculpt, highlighting all the folds in their clothing. It also covered up a few mistakes I’d made with overpainting (and Diala’s snake eyes). It also, unfortunately, highlighted Fenn’s derpy eye.

This continues to be my ace in the hole when it comes to painting figures that don’t take weeks at a time. If I had to layer, shade, then layer again for every figure, it would be next year before I could get them to the table!

A couple of days of drying and I hit them with the Anti-shine Varnish (an indispensable step even if you don’t dip your figures – I found that out the hard way when the paint chipped off my E-Web Engineer’s helmet!). I was able to fix Fenn’s derpy eye a bit as well.

The result is three heroes, ready to take on the Empire! And since I’ve got my heroes ready, I suppose it’s time to tackle the 9-figure phalanx that I’ll be seeing a lot of in those early scenarios, the Stormtroopers! See you next week! 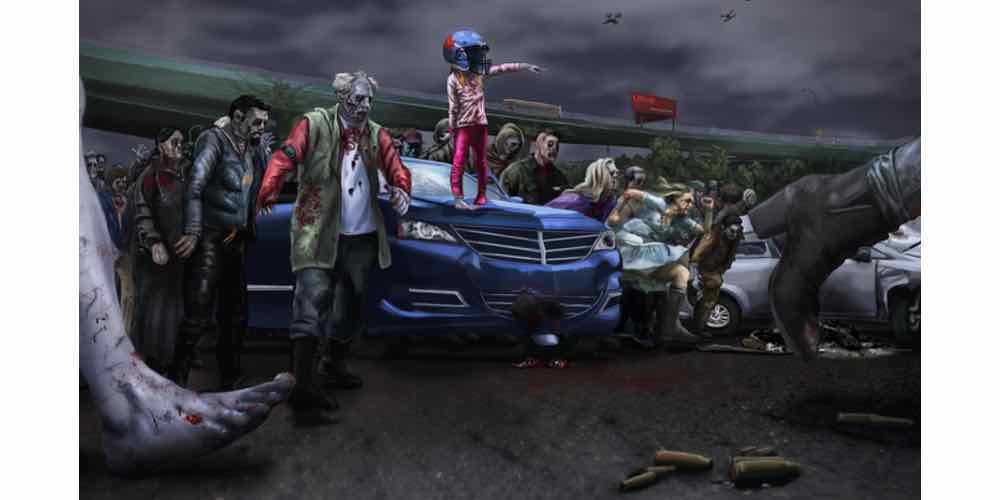