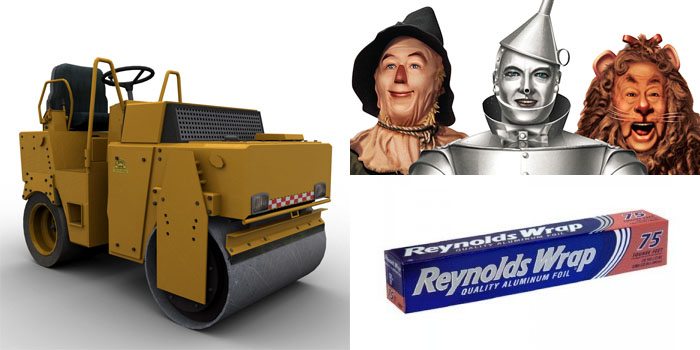 After defeating the Wicked Witch with Dorothy, the Tin Man fell into a life of crime.

During his final robbery, he was chased by police officers onto a construction site, where he was hit and killed by a steam roller.

As he was being flattened, he was heard to say “Foiled again.”

Have a great joke that you would like to see in print (complete with a “submitted by your name here” shout-out)? Send it in to GeekDadJokes!

Through Sand and Snow: An Album We Can All Agree On

Hodgman Knows An Alien When He Sees One

Not-so-trusted Third Parties: Why You’ve Been Getting “Your Email Was Leaked” Notices