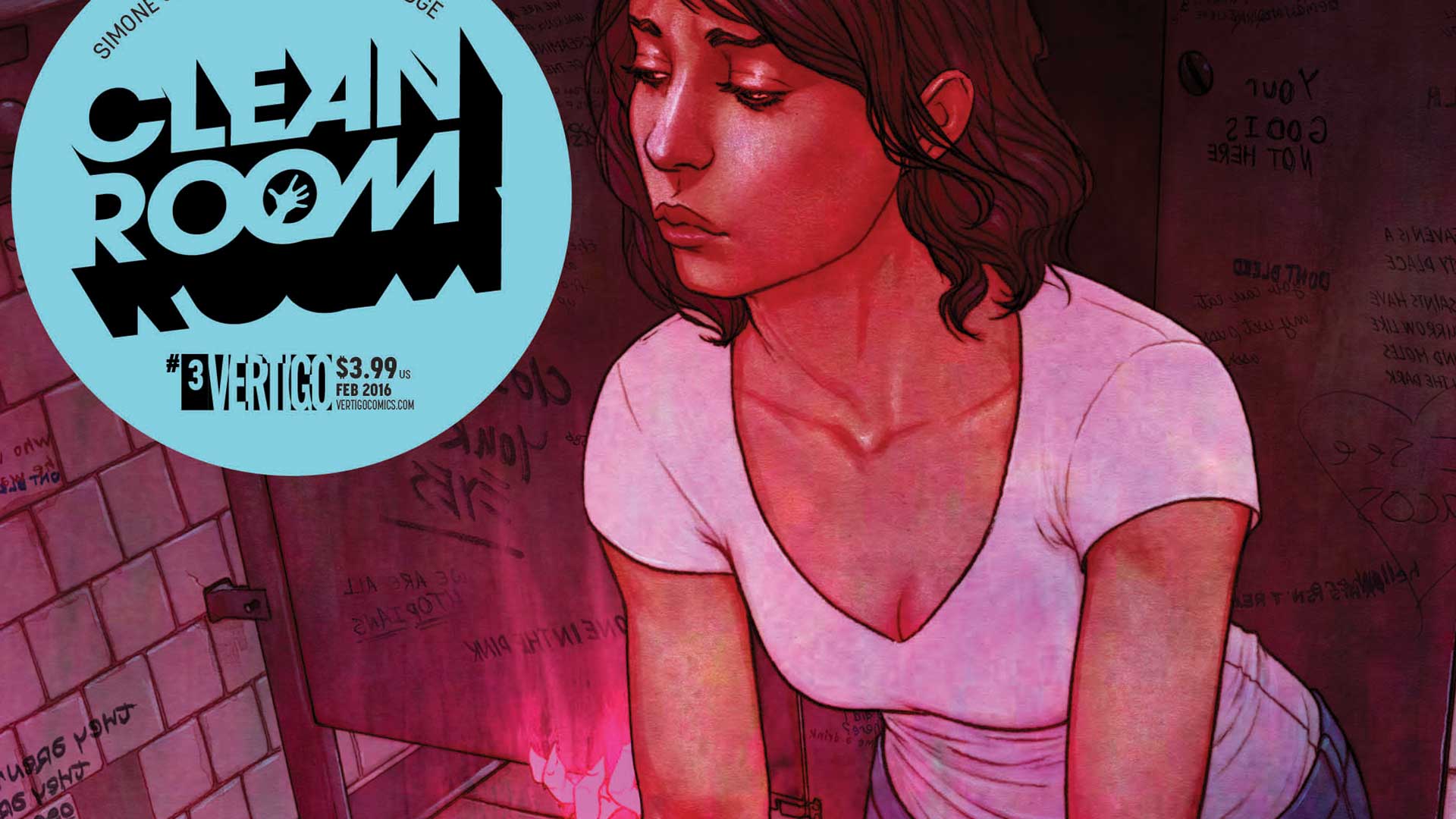 Each week, co-reviewer Ray Goldfield and I take a look at the offerings from Vertigo Comics, DC’s mature comic division. This week, we look at a new take on an older title, Lucifer, and the latest issues of Clean Room and Red Thorn. (For reviews of DC’s regular line, check out GeekMom.)

Ray: Unlike the rest of Vertigo’s new lineup, which brought us new concepts from top creators, this title goes back to the early days of Vertigo and resurrects one of his biggest stars–the devil himself. The issue starts well, with a depiction of what happens to LA when the devil comes to town in some creepy scenes. From there, we pick up on Lucifer as he runs his nightclub, but something’s very wrong–he’s bleeding from a mysterious wound that won’t heal.

Meanwhile, the fallen angel Gabriel gets a visit from two of his former brothers, who escort him back up to heaven, needing his help. It seems someone has killed God. They can’t be sure, but his throne is empty and through a peephole (?) he appears dead. They naturally blame Lucifer, and Gabriel is armed with a holy sword and goes down to try to kill him–but Lucifer denies any knowledge of this and the two mismatched allies seem to have a case to solve.

Black and Garbett do a decent job on this debut issue, but for me something’s a bit missing. This title seems like it reads a lot better if you’ve read the previous material for the character, and it also seems a bit… smooth for a Lucifer comic. With a handsome, charismatic devil facing off against handsome, charismatic angels, it all feels a little too inspired by Supernatural, and the first issue’s heavenly murder mystery hasn’t quite grabbed me yet. Still, I’m looking forward to more information about the villain revealed on the last page. There’s promise here, and Vertigo’s new lineup hasn’t put out a bad book yet.

Corrina: I have no experience with Lucifer at all, so I approached this with no preconceptions about the characters or concept.

Compared to some of the more horror-oriented stories, Lucifer almost seems tame in depictions of what people do when inspired by the devil. That’s a good thing because I’d much rather that this comic focus on the questions of God, the devil, angels, than the gore and grimness that seem to infect many horror comics. So far, the characters are a bit of a cipher. Gabriel comes across as far more interesting than Lucifer, though, of course, both are fallen angels. The difference is that Gabriel hates himself and Lucifer seems to be comfortable with his role, though, of course, he may be lying to everyone, including himself.

This makes for a nice contrast as they agree to work together to solve the mystery of who killed God. If God is actually dead, that is, since Lucifer seems to believe he’s not? It’s a good start.

Ray: Just when I thought I had figured this series out, Simone throws me for another massive loop. The action here is split in three directions, each of them fascinating. In the first segment, Chloe Pierce is on the run from Astrid Meuller’s agents, and encounters creepy doings at a gas station restroom that lead her into trouble with an evil attendant–only to be rescued by Killian, Astrid’s top agent, who makes an attempt to dissuade her with a speech that’s half proposition, half threat.

In the second, several of Chloe’s neighbors confront a mysterious man breaking into Chloe’s apartment–only to come up against something that is definitely not human and is equal parts funny-looking and terrifying.

But the real action happens in the third segment, where Astrid helps one of her clients, a man with a weird obsession with not taking too many steps and a belief that hell is in the sky. As she takes him into the Clean Room and helps him examine his past, a fascinating and terrifying story of alien abduction–a much darker one than we usually see–emerges, and Astrid soon winds up confronted by a truly horrific ghost from her past, as the stories seen in the first issue start fitting together better.

Is Astrid Meuller not actually the villain of this series? This issue makes this very possible, and as things get even more uncertain, I’m more excited to read every issue–and more worried about just how many nightmares I’m going to have.

Corrina: Not thrown for a loop. It seemed to me from the setup that Astrid might not, in fact, be the villain of the piece, given the setup in the first issue of the truck driver who tried to kill her. I like that I don’t know whose side I might be on and the comic certainly makes me wonder what secret every single person might be hiding.

Chloe certainly seems to be our protagonist, but is she? What was she and her ex hiding and what now haunts her from the Clean Room? Are those that step inside getting what they deserve? That’s a creepy question, pointing out that ordinary people may be scarier than any single monster out there.

That’s the kind of question that makes my skin crawl. In a good way. Aside: given the elder gods over in Secret Six and this series, Simone must be spending a lot of time/research with creepy monsters.

Corrina: Buy It. (You Could Even Skip the First Issue)

Ray: I was a pretty big fan of the first issue of this book, but this second issue sold me in a major way. A fascinating exploration of the power of art, it’s about a young woman named Isla who has the unique ability to create the things she draws into real life, and has found herself obsessed with drawing a particular man over and over again.

That man turns out to be Thorn, an imprisoned demigod who has now found himself free. There’s shades of Fables here, in its depiction of classic myths come to life, but with a sharper edge and an intriguing mystery that feel very different. The story jumps around a bit, but both timelines–the current day, as Isla’s investigation of a mystery involving evil gnomes leads her to Thorn, and the day of Thorn’s initial escape–are both full of interesting bits. Although Isla and her supporting cast are both interesting, it’s Thorn that’s the real star here, bringing an odd combination of naiveté and charisma, with an undertone of menace. He’s already making for a compelling anti-hero as he lures Isla into his web. I cannot wait to see what weird creatures this creative team will bring in future issues, and exactly what Thorn’s agenda is. Consider me hooked.

Corrina: I agree with Ray that I’m hooked because the concept of drawing a demigod back into life is such a good one–plus, they’ve made Thorn character’s an odd combination of naive about modern life and yet cunning about the world he knows. That makes him far more charming than he has any right to be. I’m not sure concepts of good/evil mean that much in regard to Thorn. He just is, and he has his own way of looking at the world. And, as drawn by Triek, he’s quite sexy, too. (Yes, there is full frontal in this book.)

In many ways, this second issue is a better introduction to Thorn than the first issue, which jumped around in time far too much for my taste, making the story hard to follow. Starting on Halloween night works better and puts the reader immediately in the middle of everything. Yes, Isla still has to find out what happened to her sister and why she has the talent of drawing things into life. I have my own theory, that Isla herself is a drawing of her older sister, who is still around… creating things?

Ray Goldfield is a writer/editor for Grayhaven Comics, as well as the author of two novels currently in editing. He’s a comic fan for over 20 years, particularly of DC and Superman, Batman, and the Teen Titans. Now that Cassandra Cain is coming back, he will not rest until DC greenlights a Young Justice: Season Three comic. 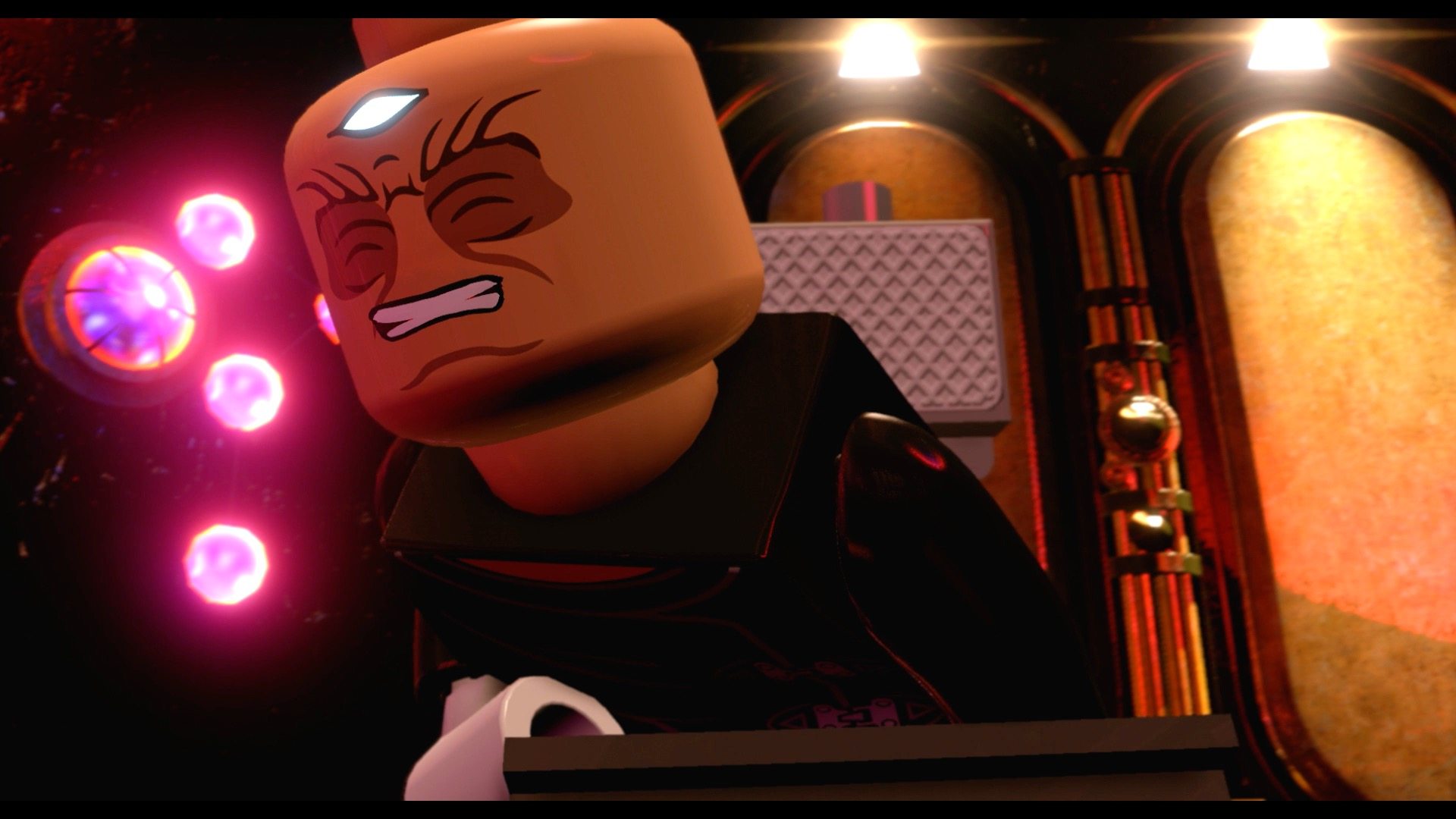 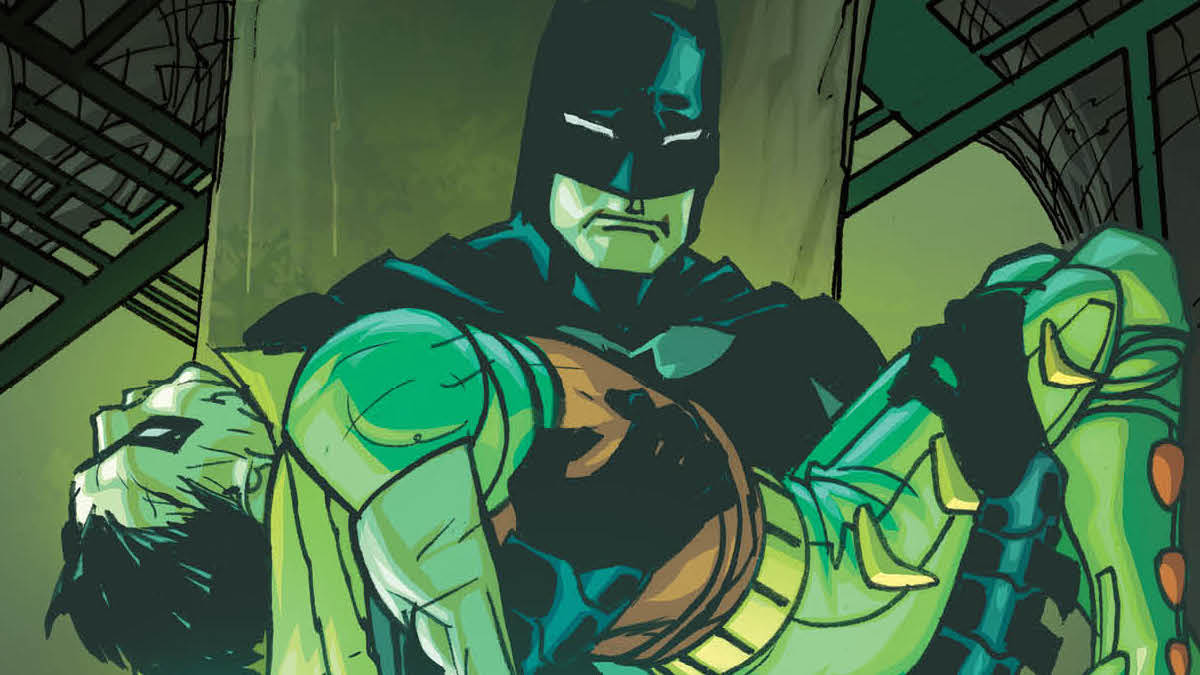