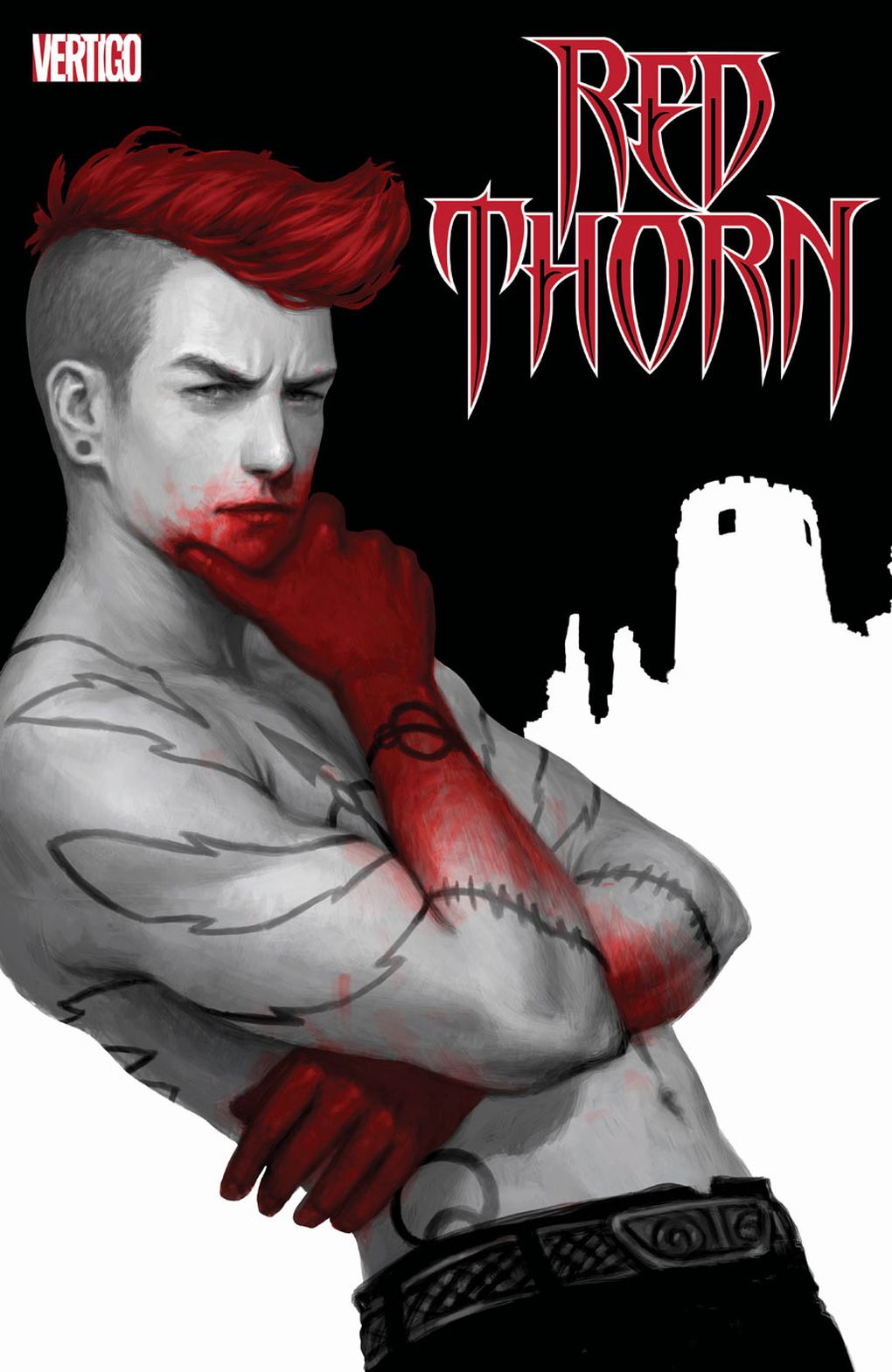 From 1993 to 2013, Executive Editor Karen Berger shepherded numerous successful and influential titles for DC’s adult imprint, Vertigo. Not only did this include Neil Gaiman’s Sandman but also Hellblazer, Lucifer, Y: The Last Man, Preacher, V for Vendetta, and numerous others. When Berger left the imprint, it seemed that might be the end of Vertigo as well.

Instead, Vertigo has seen a revival by making the imprint a home for creator-owned stories under new Executive Editor Shelly Bond. Darwyn Cooke credited Bond with being integral to teaming him with Gilbert Hernandez on the new series Twilight Children.

DC sends me review copies each week of its superhero titles, but included lately in that package are new Vertigo books like Twilight Children and Clean Room, which may be one of the best horror titles I’ve ever read.

What did Vertigo offer this week? There was Clean Room #2, the debut of a Scottish-based horror series, Red Thorn, and the latest issue of the great, long-running Astro City series. As I do over at GeekMom weekly, here are reviews of the issues I received, with some guest commentary from my co-reviewer on GeekMom, Ray Goldfield.

Corrina: Buy It but Mature Readers Only.

Ray: Simone’s been great at a lot of things in her many comics. Humor in Deadpool. Weird science in All-New Atom. Team dynamics in Birds of Prey. Creepy weirdness in Secret Six. Now we can add another one to that list: the sheer unadulterated horror of Clean Room, easily the scariest book Vertigo has ever put out and one of the creepiest comics on the stands.

There’s a great, simple concept of a mysterious cult and a woman trying to find out about the ringleader that caused her fiancé to kill himself. The first issue set this up in smooth fashion, showing the far-reaching effects of cult leader Astrid Mueller’s organization and the violence it is causing, as well as grounding the story in Chloe Pierce’s search for answers. The second issue, however, eschews suspense and switches over to pure horror as Chloe persuades the mysterious Astrid to give her an interview and winds up getting a taste of the titular clean room. The scares start early, with a truly disturbing corpse being found in Mexico by investigators, but the most memorable scene of the issue takes place in the room itself, when Chloe witnesses the “cleaning” of a particularly disturbing member of Astrid’s organization, who did horrific things in his past.

The final page is one I sort of expected, but the sheer creepiness with which it’s delivered is excellent. This is easily the most promising new book from Vertigo since the launch of American Vampire–although I’d be remiss if I didn’t say that I’ve been finding other Vertigo launches like Unfollow, Art Ops, and Survivor’s Club excellent as well. Give this line some love–it’s going through a much-needed renaissance.

Corrina: After this first issue, I had nightmares.

To explain, while reading horror doesn’t scare me consciously, it does tend to invade my subconscious. Thus, I stay away from zombie movies/television. It’s just not worth waking up in the middle of the night. Bad brain.

However, sometimes I like something so much, I’ll risk the nightmares. Such is the case with Clean Room. Part of that may be because it’s careful with the creepiness. It’s not an in-your-face bloodbath, instead it’s images like a discarded teddy bear, or the way the story pulls the reader into sympathy with the man being “cleaned” until it’s revealed exactly why he did to earn his place in that all-white room. Chloe also makes for a likable character, determined to find answers, but her fatal flaw is that she’s obsessed and cares nothing but for finding out how the man she loved really died.

Then there’s the mystery surrounding Astrid and the creation of the cult. After the first issue, they seemed to be somewhat of a stand-in for Scientology, but, after the second issue, it seems to be more referencing cults in general. I’m on board to find out.

Corrina: Not only a definite “buy it” recommendation but this may be the perfect title to jump into the Astro City universe. For those not familiar with the series, this is Busiek/Anderson’s personal playing ground where they have created their own complex superhero myths. I’m so glad it’s one of the few titles to survive under the new management.

Yes, it does include some variations on the Justice League and the Fantastic Four, but it’s the personal stories of those who live in this universe that tend to be the best in this series. My favorite so far has been the arc that starred a young woman hired to be part of the staff of the emergency call center run by the superheroes to triage emergencies.

For instance, this issue is told from the eyes of the enemies of the First Family.

“The Menace From Earth” is narrated by Zozat, son of Zorr and Zarza. Zozat’s planet considers the First Family their greatest enemies and has built monuments to their heroes who have defeated them. However, it quickly becomes clear to the reader, if not Zozat, that the “victories” may not have been that at all. Zozat is just beginning to question his destiny, which seems to be as a telepathic peacekeeper for his race, when news breaks that the government has captured the matriarch of the First Family.

This leads to an invasion by the First Family, and plunges Zozat into the heart of the war. It’s a terrific premise and, as I said, a perfect place to start the series.

Or you could start with “The Nearness of You,” a lovely, almost heartbreaking tale of the human fallout from universe restarts and alternate timelines, that’s available for free download at Comixology.com.

Verdict: Buy It but for Mature Readers Only.

Corrina: “Cross over any Scottish bridge into the next town over and they’ll have their own local legend or monster.”

That’s nearly as chilling a statement as the initially bland revelation by the main character of this book, Isla Mackintosh: “In high school, I’d spend most of my time doodling the cool, fun friends I really wanted. Then one day, one of my drawings came to life.”

How do these two connect?

Isla is the much younger sister of a woman who disappeared in a small town in Scotland twenty years ago, and she’s come to Scotland to investigate what happened, as that tragedy has informed her entire life and might be related to her magical drawing ability. As quickly becomes clear, Isla’s power is not always a good thing. She’s tried to avoid it, but one being keeps popping up over and over. To say more of the plot would be giving it away, but it’s not saying too much to the point the cover of this issue as a big clue.

It’s creepy, intriguing, and the creators have a skewed sense of humor that makes for darkly funny reading.