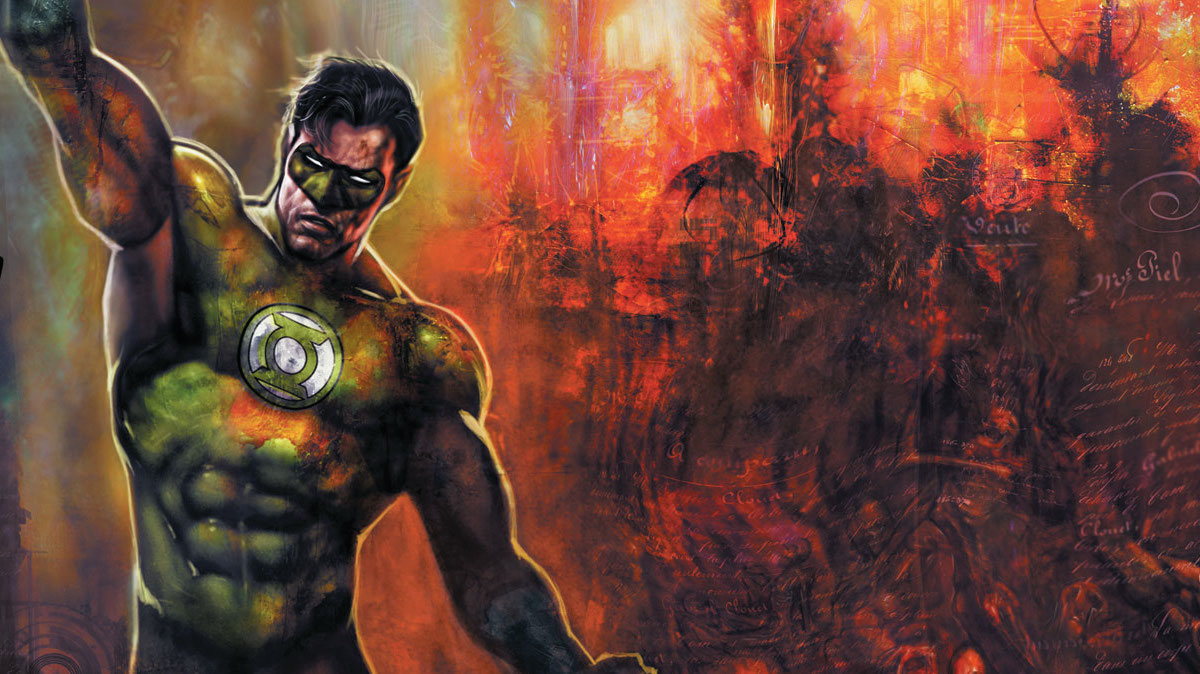 Ray: Grant Morrison brings the curtain down on his Green Lantern run—and potentially on Hal Jordan’s tenure as the lead Lantern—with an epic final issue where he finally does what we’ve all been waiting for. Grant Morrison goes full Morrison. For those who have read him for a while, they know that Morrison is fond of playing with visual and narrative styles to the point where a comic can often barely resemble a comic when he’s at the helm. Especially in the first volume, his Green Lantern work was a little more conventional. In season two, Morrison was more able to indulge and engage in some very strange digressions—including a planet locked in time where Hal turns away from his responsibilities and engages in sword-and-sorcery adventures. But I was surprised by how deeply it tied into the overall narrative of the finale, especially once the identity of the main villain of the run was revealed.

Hector Hammond may seem like an odd choice for the villain, especially after how cosmic this run has been, but Morrison sells me on the idea. Hammond is ultimately a dark mirror to Hal, a character who pursued the same destiny he did but came up with the short end of the stick. While he’s the main villain, it’s another threat from the series that poses the bigger challenge and forces Hal to find an unconventional solution to a cosmic problem. Liam Sharp’s art is the other essential part of this puzzle, with his fully-colored art creating cosmic tableaus that often feel more like kaleidoscopes of space and bizarre alien life than normal sequential art. You won’t understand 100% of what goes on in this issue, but you’ll be swept up in the story in a way that only few creative teams can pull off. I don’t know what comes next for Hal, but I do know that this goes down as one of the character’s most defining runs of the modern era.